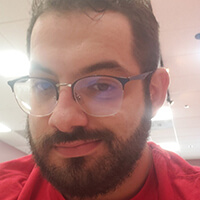 Mad King also competes in other fighting games such as Super Smash Bros Ultimate, MK11, Samurai Shodown, Soul Calibur VI, Dragon Ball FighterZ, and Street Fighter V most of all. He made some notable appearances at different tournaments and events like EVO three times in a row since 2017, NorCal Regionals in 2019, Combo Breaker 2017, and DreamHack Anaheim 2020.

To see more, check out his official YouTube and Twitch channels.