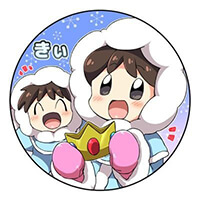 Kie (きぃ) is a Japanese Super Smash Bros. Brawl, Ultimate, and Wii U player. Regarded as a top class Peach player in Japan and the world, Kie is ranked 52nd in the Japan Power Rankings. He gained renown after defeating top contenders like HIKARU, Shuton, and Umeki.