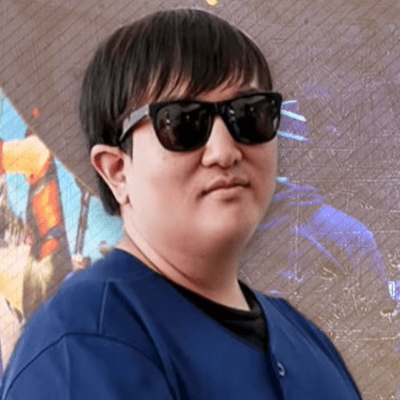 Jimyung "Dimeback" Jeon is a Tekken player from Seoul, South Korea. Currently representing EQNX. His nickname was inspired by the name of Pantera's guitarist Dimebag Darrell.

Dimeback started playing Tekken games early on, back when arcades were the most common way to experience it. The arcade Dimeback used to frequent had a lot of high-level Tekken players which allowed him to develop the skills he became known for. When he was in high school, a Korean esports organization ran Tekken Crash tournaments that were shown on a gaming TV channel which inspired Dimeback to get into Tekken competitions.

Dimeback is an Asuka main, and there's an interesting story behind it. When Dimeback just started playing Tekken he wanted to pick Kazuya, but due to his hastiness ended up accidentally playing Asuka, a character that's highlighted on character select by default. However, after playing her for a bit, it made him realize that the character has various good qualities that haven't been seen in pro play due to not many people competing with her.