Why The EU FGC Might Be Better Than the American Scene 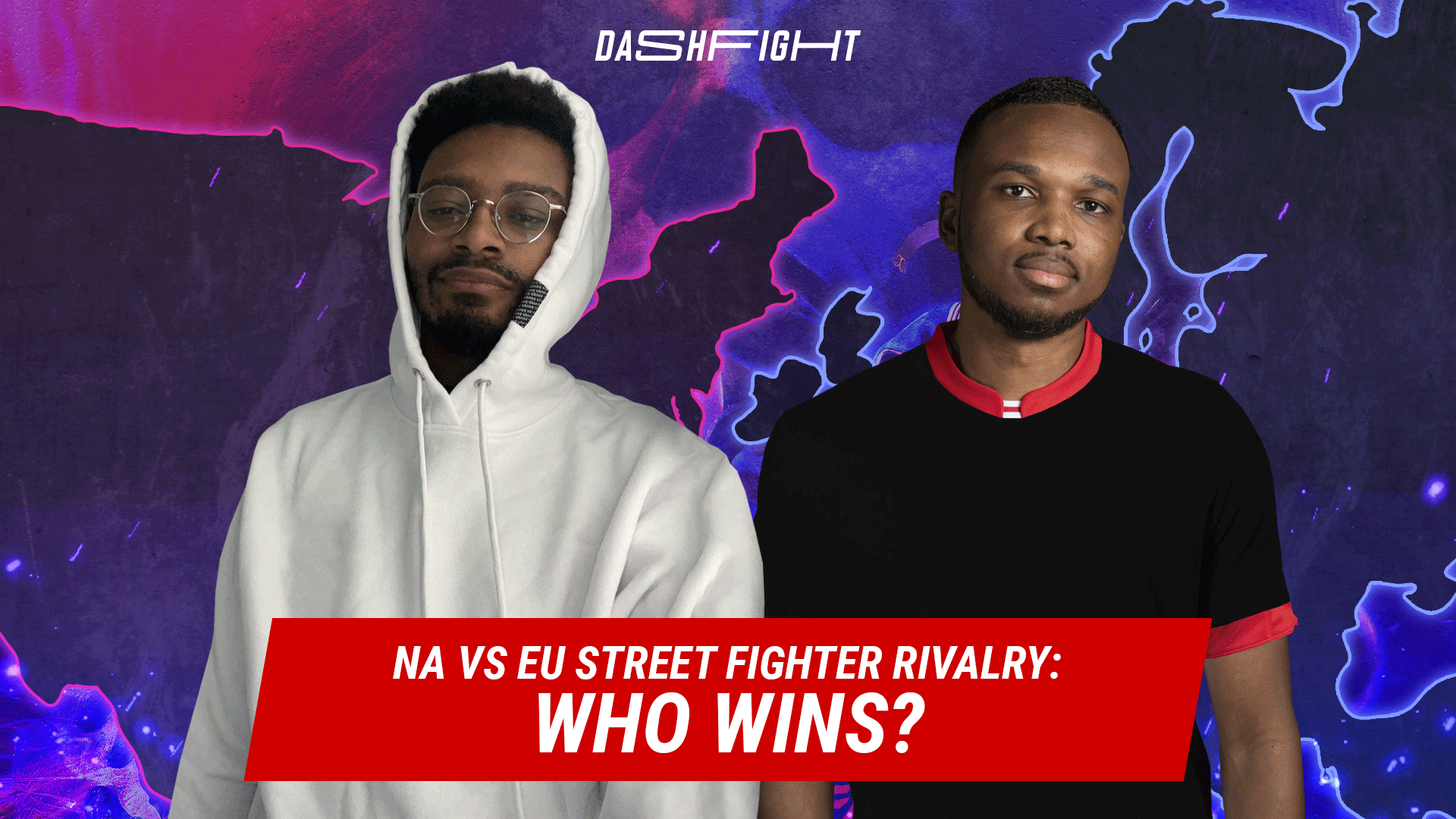 #Longread
There has been a lot of talk on who has the better scene, and a look at some of the records make for interesting reading

So I went big with that statement, but make no mistake, I do not make that claim lightly. Recently, the discourse on Social Media within the FGC circles has been the rivalry between the North American scene and the European scene. This is a rivalry that has been simmering for a while now, but it really kicked into high gear when multiple tournament winner, Punk, took to social media to challenge the EU, stating that he was confident in the might of the Americans to defeat anyone from the EU region.

This started a flurry of exchanges between Punk and Mister Crimson, winner of the Red Bull Kumite London tournament. Soon enough, things escalated to the point that even the official Capcom Fighters Twitter account got involved, and we might be in for an absolutely awesome 10v10 tournament between America and Europe. The FGC has long built its brand on rivalries and stories of this sort, so after almost two years of online activity, it is nice to see some of that banter come to life again.

The debate has been raging as to which region is better, and in another tweet, Punk set out a list of 10 Americans and 10 Europeans who could face off and settle this debate. With all this said, the question remains: Which is the best region? Well, the short answer is Japan, but I believe that this is neither new, nor surprising news to anyone. However, our concern here is to take a look at both the North American scene and the European scene and see if there is a way to come to a conclusion.

So, I did a little research. Understandably, there are so many variables in gauging which scene is better, and it might be difficult to evaluate objectively. But, we can look at tournaments over the lifespan of Street Fighter V and see how each region has done. So, what I did was take a look at the top international tournaments starting from 2016 when Street Fighter V was released to the current time and compare the performances of both the EU and America to see what could be inferred from there. To do this, I used the following tournaments:

*In the case of CEO, I only used data from 2018 because before that time, there was little to no European involvement in the tournament.

It should also be noted that I paid closer attention to the top 8s and finishes because while we can be more forensic, It didn’t seem necessary in this case.

A few more things to note: I will not include Big Bird or Angry Bird in the European region as I do not believe they are a part of the region even though they are both incredible competitors. Also, I will include Mena RD, Mono PR, and Caba in the North American region as the Dominican Republic and Puerto Rico are considered a part of North America.

So, how this is going to work is I’ll share the images of the top 8 of Evo over the last 4-5 years and leave a few comments to better digest the data.

From the pictures above, we can see a few things. First of all, there has been no American winner of Evo in the lifetime of SFV, and while they have made multiple top 8, the closest they came was in 2017 when Punk (who was almost unstoppable that year) was beaten by Tokido in the grand final after forcing a reset. The very next year, Problem-X also had to contend with Tokido, and in that case, Tokido also forced a reset, but Problem-X was able to clutch it out and get the win. In terms of top 8 performances, there have been American representation in every Evo top 8 since 2016. In the same time, European representatives only made top 8 on two occasions (2018 and 19). While admirable, one cannot ignore the fact that Europe currently has an Evo championship in Street Fighter V while America still waits for its first win.

Here we have a competition that America has an impressive track record in. Up until 2019, Capcom Cup decided its participants via a points system racked up from various premier events over the course of a year. America and Japan were always well represented, and just like with Evo, there has been no European winner of Capcom Cup since the start of SFV, with the winners split between Asia and America. In addition, the number of qualified individuals from America exceeded those from Europe. Between 2016 and 2019, five, three, three, and four Europeans have qualified for Capcom Cup, respectively, this is dwarfed by the nine, seven, seven, and six American representatives over the same period. There have been three American winners of Capcom Cup, and since the period we’re looking at covers four years, that’s 75% American dominance in that tournament.

The Red Bull Kumite has been a very interesting tournament that was held in Paris every year until it moved to Japan in 2019. It has also seen a subtle change as the two tournaments held this year were single elimination brackets, making for entertaining if tense viewing.

The data shows European dominance here. While there had been no non-Asian winner since its inception, this particular streak was broken earlier this year in fantastic fashion when Mister Crimson, off the back of arguably his hottest year, took the win. Problem-X followed suit and also took the tournament in Las Vegas last week. There has been no American winner of the tournament yet, and it is interesting to note that both Mister Crimson and Problem-X took out Punk and iDom on the way to their wins. It was a significant moment as it was, at least to me personally, an indicator of a possible shifting of the tides.

Once more, the Americans have the bragging rights here. I did not include anything from Combo Breaker 2016 because there were no European entrants for that tournament, so it won’t have been fair. Another thing to note is that we can’t really look at the 2018 edition as no American or European made top 8 that year. Combo Breaker has two American winners, with Punk being one of them. Incidentally, his win came against Problem-X and was a statement win that put America on top at the time.

Honestly, I’m not sure why I put this here as only one year was really usable, which was 2018, and even then, neither America nor Europe won. But, I do think it is necessary to note that an American, NuckleDu, made top 8 while no European was able to do the same.

Who has the better community?

I’m neither European nor American, so perhaps I have a less biased view of this particular rivalry. I think both communities are quite strong, but it must be noted that there seems to have been a steady growth in Europe which is highlighted with their successful Red Bull Kumite campaigns this year. There also seems to be more camaraderie among the Europeans which is in contrast to America where there are inter-coast rivalries and alleged knowledge hoarding. If America is better than Europe, it is by a smidge, and vice versa. Maybe a 10v10 will give us some conclusive evidence, but if you ask me when I consider the Evo win and the most recent success which has seen the Europeans pull off some big wins against their American counterparts, I’ll give it to the EU. What about you? What do you think? Or are you of the opinion, like Punk stated, that America can even defeat the might of Japan? Here’s hoping the 10v10 goes through, i’d definitely watch that.