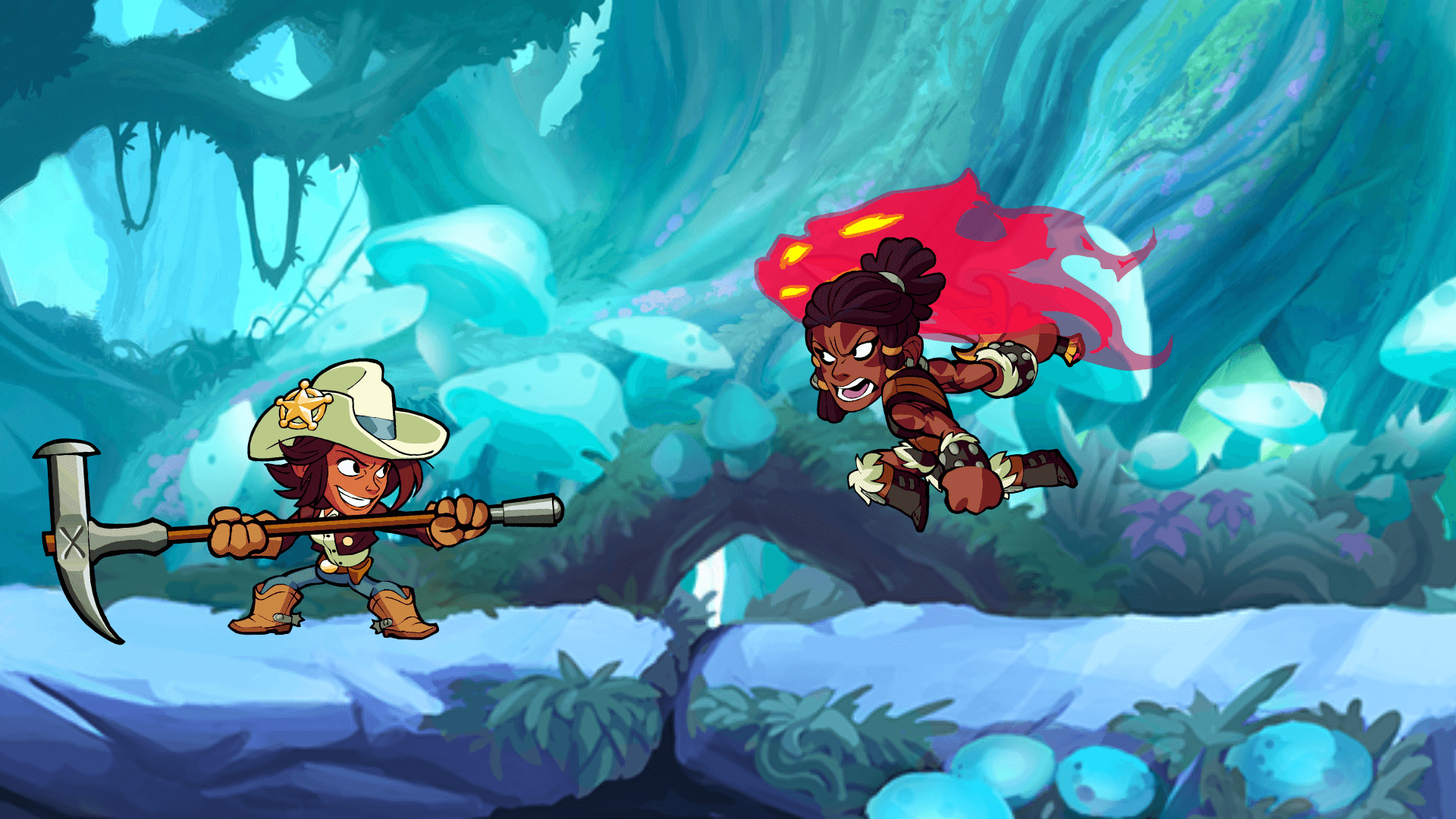 On the one hand, the answer is pretty much obvious. Brawlhalla is a platformer fighting game developed by Blue Mammoth Games and published by Ubisoft. That’s it! Can we start playing already?

But wait a moment! There should be “the other hand.” The deeper you dive into the topic, the more aspects the game reveals. And they are quite interesting — for casual players, esports athletes, and business persons. So, why not talk about those dimensions of Brawlhalla in more detail?

Brawlhalla as a Game

Yep, the very first layer is totally worthy of a few words. Brawlhalla is indeed a platformer fighting game. It’s of the same genre as the Super Smash Bros. series, which established traditions for platformer fights.

Your character, named a Legend in Brawlhalla, should damage their opponents and launch them out of the screen. The more damaged the victim is, the easier it will be to launch them. This principle is common for the sub-genre.

What makes Brawlhalla unique is that this game is weapon-based. Each Legend has two weapon types to fight. Light Attacks of one weapon are identical to all the Legends with this type. For example, if you know how to play Jhala with the Axe, you know Light Attacks of all the other Axe Legends (such as Ada, Cassidy, and Diana).

The general strategy for a Brawlhalla fight is to land some Light Attacks (preferably in combos) to deal starting damage and then add powerful but risky Heavy options to launch (KO) the opponent.

As a platformer fighting game, Brawlhalla might seem more chaotic than such titles as Street Fighter or Tekken. Still, it’s perfectly accessible — you grab a controller and (almost) immediately have fun.

At the same time, Brawlhalla is quite deep, and to make the transition from the beginner level to intermediate/advanced, you should practice a lot.

For more info on the gameplay of Brawlhalla and its other features as a game, take a look at this guide for beginners.

Many differences between Smash Bros. and Brawlhalla are based on their monetization schemes.

Smash costs money, and it’s available only on a Nintendo console (the Switch for SSBU). It’s a decent business strategy as players pay and get a full product (even if they need to unlock some characters).

Brawlhalla is a free-to-play game, and you can install it on lots of platforms:

The company earns money by selling cosmetic items, such as skins for the Legends (for example, characters from other popular franchises), weapons, winning animations, avatars, etc.

A great thing about this business model is the lack of pay-to-win feature. Nothing in Brawlhalla can make you a better player except for your own practice (even all the basic Legends can be obtained for in-game Gold). The max the cosmetics can do is to motivate you to play the game (“Oh, I bought that Princess Bubblegum skin, I need to play a match or two as this hero.”)

Brawlhalla as an Esports Title

Brawlhalla is a game as a service. The developers/publishers have strong reasons to support the product and attract new players/customers. And one of the best ways to do so is to organize big esports events.

In 2021, Brawlhalla celebrates its 6th anniversary and has its 6th World Championship. The prize pool for this season is impressive — $1,000,000. And this process continues. While the game is a sustainable business product, it remains a viable esports title.

How Many People Play Brawlhalla?

While it's hard to track the player base throughout all the platforms, we still can check out the numbers on Steam.

How Many People Watch Brawlhalla on Twitch?

We could take a look at the stats from Brawlhalla World Championship 2020.

According to escharts.com, that event had:

One thing to add to Brawlhalla streaming stats is that the viewers get cosmetics as rewards, so players are motivated to “earn” hours watched for their accounts and, therefore, for the game in general.

The final answer depends on your attitude. It wouldn’t be too brave to say that Brawlhalla is an opportunity.

We at DashFight love to concentrate on the fun and competitive dimensions of the fighting genre, and we totally know the importance of the business layer. Brawlhalla is awesome for so many reasons, and we hope that you will feel this awesomeness a bit better thanks to our platform.