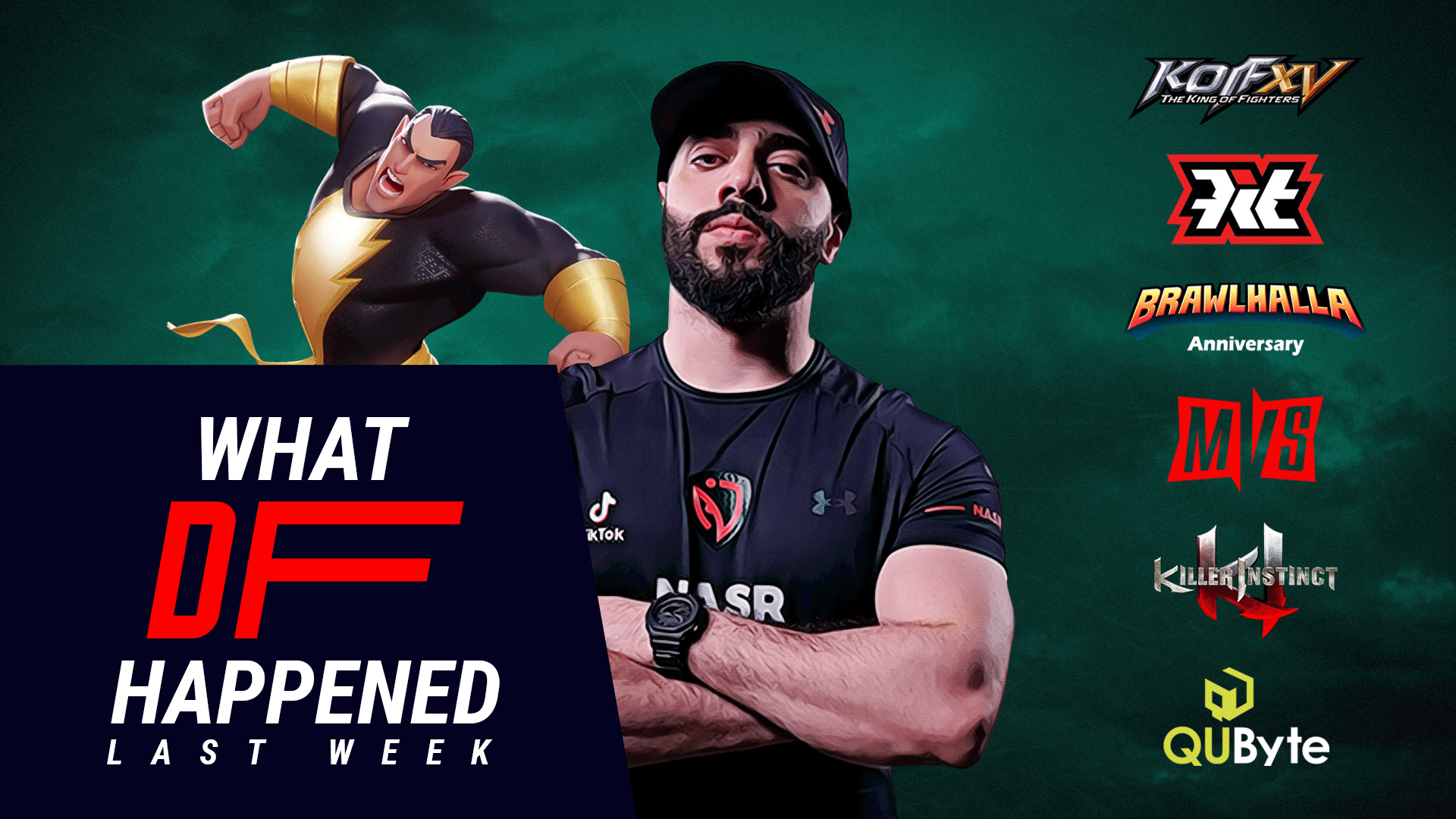 Another week passes by, and DashFight is here again to briefly cover all the notable stuff that happened in the past seven days. Buckle up and enjoy your news feed down below.

A couple of days ago, MultiVersus received a fresh patch 1.05, which arrived alongside Black Adam, another character from the DC universe to join the game's roster. Also, Player First Games introduced a Classic Arcade Mode, a couple of balance changes, new cosmetics, and more.

Meanwhile, LeBron has been temporarily disabled due to some critical bug and will be available to play again when the issue is fixed.

Arcade1Up announced on their Twitter that the Limited Edition Killer Instinct Pro Series arcade cabinet is now available for pre-order and will be shipped approximately on January 2023. The setup features Killer Instinct, Killer Instinct 2, and three versions of Battletoads.

On November 1st, The King of Fighters XV received a fresh patch, 1.53, which resolves the issue with in-game music playback. No balance changes or other fixes have been introduced. You can check out the official patch notes here.

Brawlhalla is currently celebrating its 7th anniversary with a pack of fresh cosmetics available in the in-game shop, including skins, colors, and emotes. Keep in mind that there also will be Brawlhalla World Championship Expo 2022 on November 4-6, which is the first and probably the biggest Brawlhalla LAN event in a long time.

Breakers and Breakers' Revenge by QUByte Interactive is returning to modern platforms with a Breakers Collection set to release in January 2023 on PC and consoles. The open beta will only be available from November 4th on PC (Steam), where players can test their skills against other players online.

Kumite in Tennesse 2022: The Finale

A renowned North American fighting game convention, Kumite in Tennessee 2022: The Finale, which appeared to be the very last Kumite event, happened in Lebanon, USA. It featured a handful of tournaments with top-class players, so be sure to check out the results at the event's start.gg page or here on DashFight down below.

Kumite in Tennessee 2022: The Finale

On Sunday, October 31, AngryBird secured his ticket to Capcom Cup IX by defeating his NASR eSports teammate Big Bird in the Grand Finals of Capcom Pro Tour 2022 - Middle East tournament. Check out the complete brackets on the event's start.gg page or here on DashFight down below.

And that's a wrap! Stay with DashFight for more fresh news about your favorite fighting games, players, events, and characters. Be sure to check our YouTube, full of guides by renowned players and other informative videos, and in case you've enjoyed the content, consider becoming our patron with ad-free surfing and a chance to win a coaching session with a pro. Have a good one!