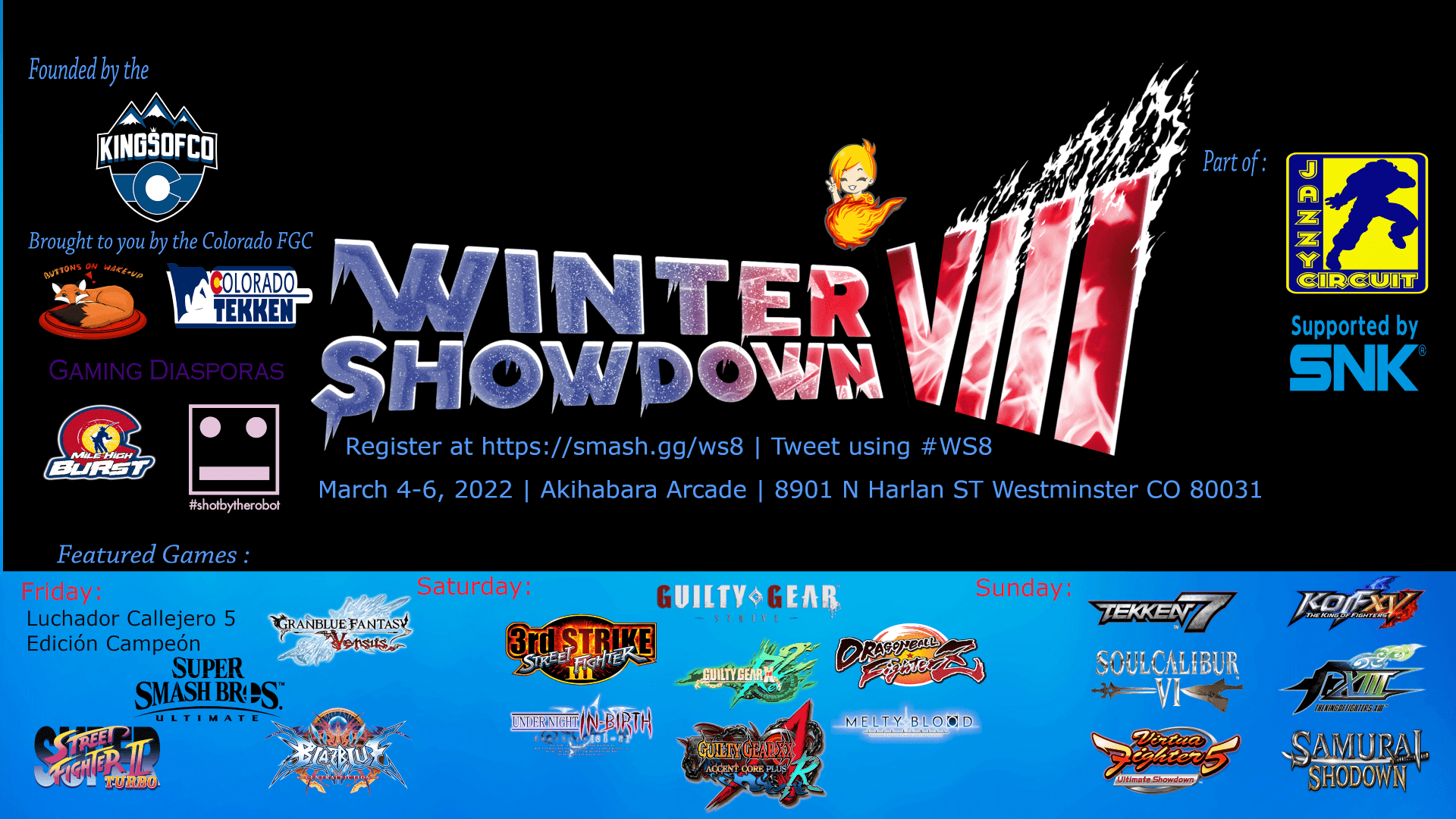 Pic Source: Winter Showdown 8 on smash.gg
You might be interested in joining the crowd in Westminster, USA. And of course, this multi-title event will be streamed on Twitch.

Do you miss awesome offline events? Then don’t sleep on matches of Winter Showdown VIII! Yep, thanks to the Internet magic, you can enjoy the show without heading to Westminster.

The selection of games here is pretty impressive. There will be fights in:

Have you noticed something? Street Fighter V is not listed here. It’s probably the result of those new rules introduced by Capcom for Tournament Organizers. The official SFV tournament has been canceled and replaced with a USFIV one, run by the community.

More details on every tourney of Winter Showdown VIII can be found on this official smash.gg page.

So, what about the streams? Watch the fights on Akihabara's Twitch channel.

If you look forward to offline fighting esports, don’t miss Combo Breaker 2022, which is planned for May 27-29.