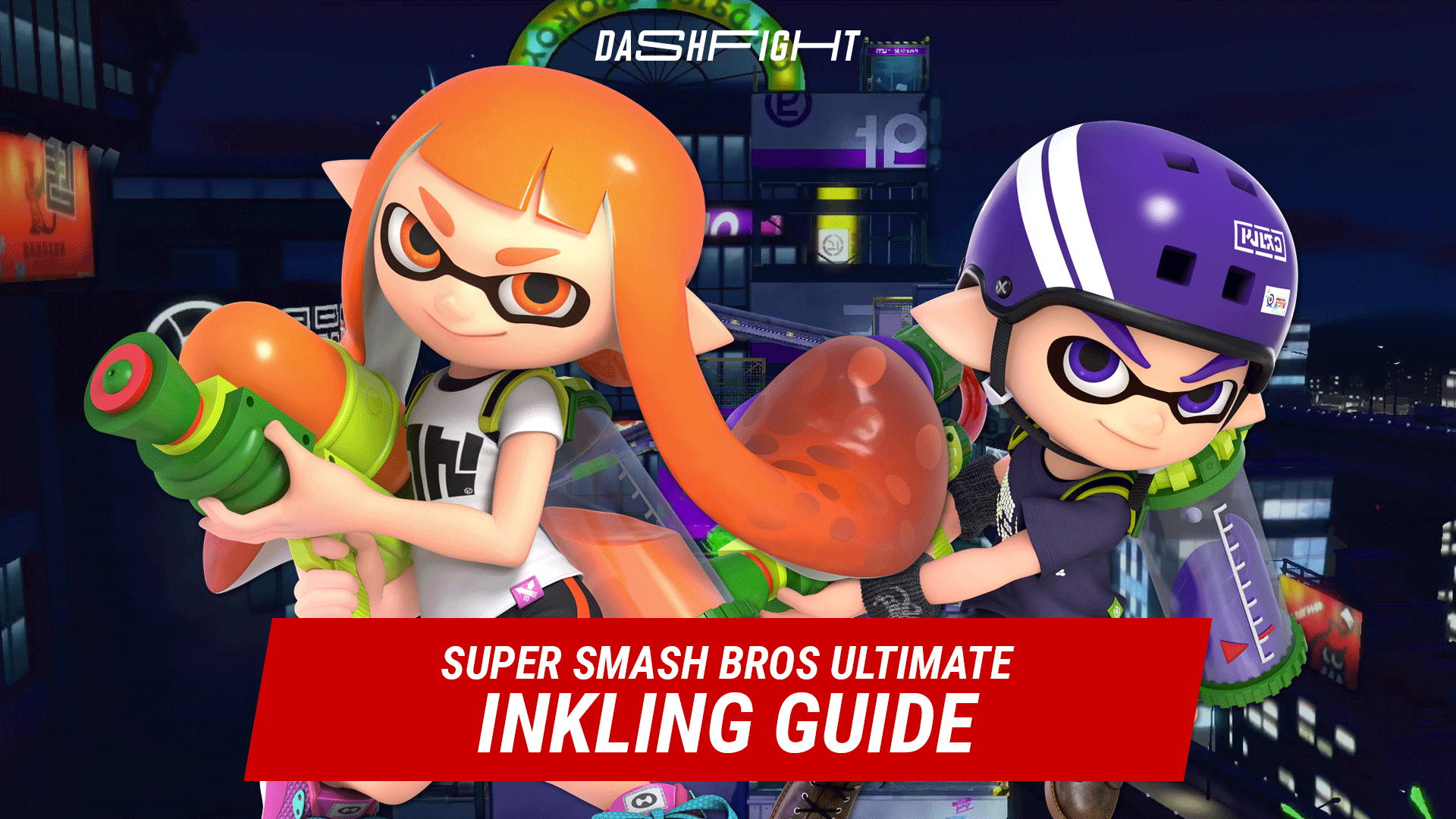 This squid-like character has, for a long time, been a top pick for many players looking to improve their fundamentals in SSBU, learn why and how!

Inkling sits among the top characters in competitive Super Smash Bros Ultimate, thanks largely to their excellent mobility and powerful KO tools. Early on in the history of the title, top players favour the squid fighter for these features, and although over time, their relevance to the competitive scene has diminished, they still pose a clear threat in any pro bracket.

The first step is to unlock Inkling. The fastest way is to wait for the VS match against them, as they are 5th in the rotation. Alternatively, you can go through Samu's Classic Mode. Finally, if you are ok with some grinding, or were already in the process of completing the World of Light, then that single-player campaign can also yield Inkling.

One of the main concepts that you, as a player, will need to integrate into your gameplay if you want to play Inkling at a high level is to be comfortable with rapid twitchy movement that makes full use of inkling’s ability to change directions and quickly switch up their momentum, both in the air and ground. Secondary to getting familiar with the character movement is to internalise their core mechanic and resource, ink.

Much like the original game, Splatoon, ink is a central part of inkling’s abilities. Allowing them to deal more damage and perform more powerful attacks. But if it is not managed correctly, it will cause many issues. Chief among them is that covering opponents in ink will increase their damage taken by 1.5. Without that, much of the damage built-up inkling ability is suddenly neutralised.

A common mistake among new players is using your entire ink meter to recharge it again, and that is not true. You can shield and hold B to charge back up to whatever point you want, and you will exit the recharge animation and be back into the action by letting go of B.

Having low ink leads to many issues in the conventional Inkling playstyle. For one, Neutral jabs will not have a hitbox at all, forward throws will deal no damage and not cover opponents in ink, and all smash attacks have reduced damage and knockback. Splat roller will slow down the less ink in the tank, and if the ink is low enough to be below the line in Inkling’s character UI, you won’t be able to throw Splat Bombs at all.

The one weakness that makes Inkling stand out compared to other highly mobile characters is how unsafe most of the character’s KO moves are. Splat Roller often requires a solid read on what an opponent will do next and has a long animation that solid opponents can punish.

Perhaps the signature move of Inkling. A fantastic way to deal a lot of damage to already inked opponents and a great KO move for the later stages of a stock. Though a bit dangerous, it remains a tool that has many benefits. Here are some key elements to remember when using the Splat Roller:

You can cancel out of it by jumping out with Y, X, or just flicking the stick up. The other way is to press Forward B and pressing B, A, or C.

Depending on your opponent, you may want to Forward Smash or Up Smash them as a follow-up. Generally, though, Up Smash will work most of the time, and at a high percentage, it can KO.

This quick seven frame aerial is one of the most versatile tools to open up opponents for Inkling. The disjointed attack also has excellent ending lag allowing it to be safe in most circumstances when approaching opponents.

This move also does double duty as a significant edge guarding tool off-stage. Giving inkling plenty of air and a big enough hitbox to keep some of the more predictable recoveries at bay, punish them, or at least threaten to do so.

A central aspect of Inkling’s playstyle is the Splat Bomb's use, a costly ink bomb that launches in an arc or dropped and almost wholly covers opponents in ink. Landing a solid bomb is crucial in the early stages of a fight, as piling up the extra damage from following attacks can be the difference between a grab KO or having to squish out just a bit more damage while also watching out for your opponent’s own KO tools.

Not an offensive move by itself, but it is such a core component of the Inkling playstyle that it deserves to be mentioned. You will want to use your dash to escape dangerous situations and claim space that your opponent may wish to protect. Since Inkling goes low to the ground when dashing, the vast majority of attacks and projectiles will miss, allowing you to quickly close the distance to your foes or escape their reach if the situation calls for it.

Ways to Punish opponents as Inkling

The number one way you will extract the most out of any whiffs is to use your Splat Roller. Given how many of inkling’s moves knock opponents off their feet, leading to potential tech rolls, attempting to roll and an opponent who made a mistake or that you have a good idea will be caught in your attack is a great way to punish the following:

The best way to increase your odds of winning versus an inkling is to remain calm and understand that Inkling will be trying to douse you in ink for a large chunk of the round. If you can extend that period and make sure to punish their attempts, then you can build up enough momentum to get a cheeky KO or force them into safer but less damaging moves.

In the end, it's all about getting inkling players off their rhythm when it comes to ink management and striking when they have to recuperate their resources. Baiting Splat Bombs at inopportune times or getting away with a Splat Roller chase will be for the best, and though that generally suits quicker and lighter characters more than heavies.

If you are thinking of picking up a secondary to deal with bad inkling matchups, then the following characters could help you out: