Season 4 is coming to Tekken 7 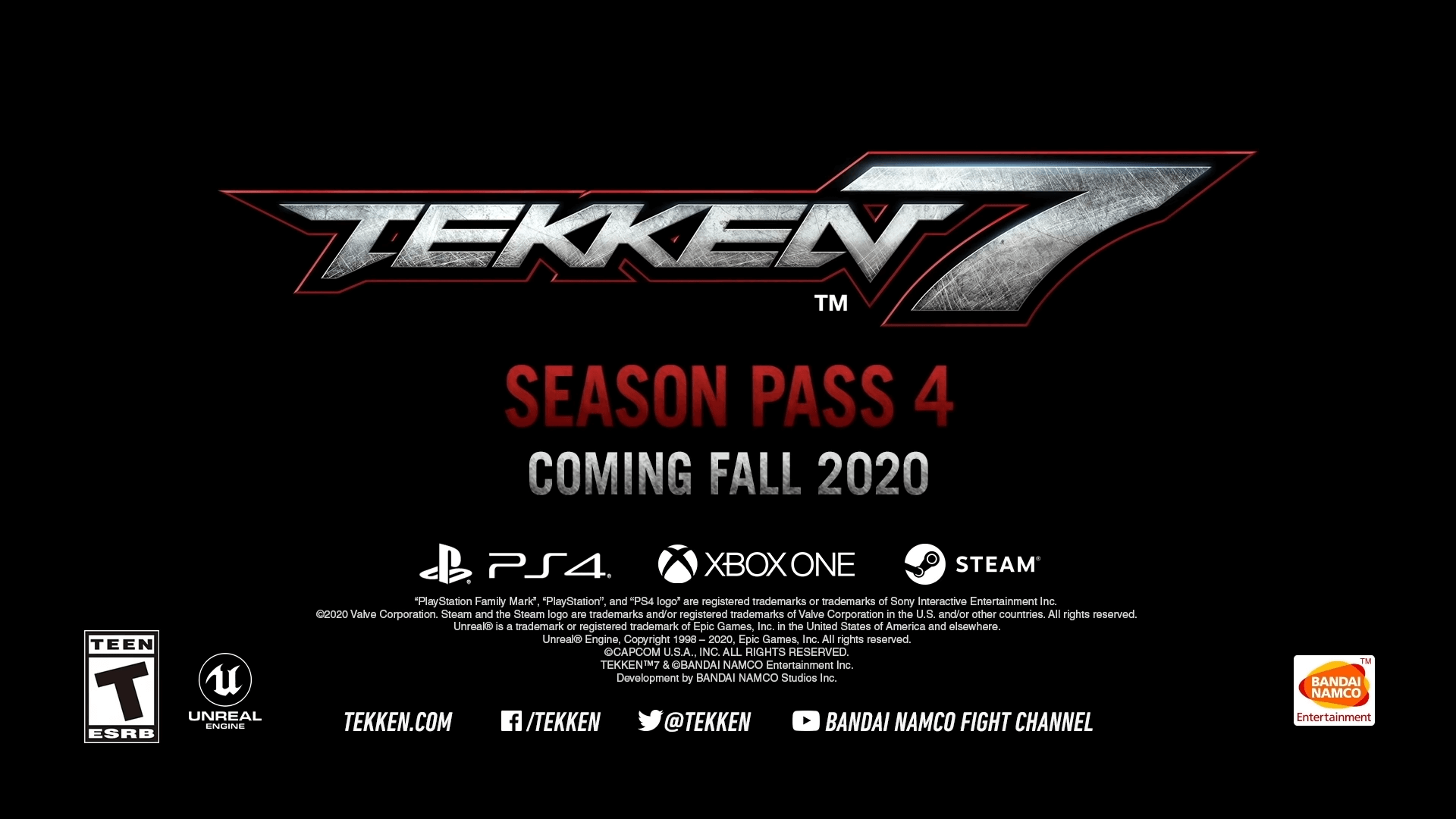 Bandai Namco
The announcement was made during the Japan Fighting Game Publishers Roundtable.

After many rumors and long anticipation, the community of Tekken 7 players finally got an official reveal of the upcoming Season 4. It will add new fighters, extra moves, and improvements to the online matchmaking.

This announcement was made by Katsuhiro Harada, the director and chief producer of the Tekken series. He did not give too much info - we don’t know who those new characters are or which moves each existing fighter gets. Still, we have an official announcement trailer of Season 4 in Tekken 7, where the developers show a distant figure of (probably) the first new guy in this upcoming DLC

Of course, the fighting game community immediately started sharing guesses - who that figure is. A lot of people think this is Kunimitsu (Tekken, Tekken 2, Tekken Tag Tournament 1 and 2, Tekken Revolution). Others believe that this is Jun Kazama from Tekken 2 or even a character from another game franchise. So, we should be patient and wait for the official info.

The reveal of Season 4 was made on August 1 during the online event Japan Fighting Game Publishers Roundtable. One of the significant topics there (and in the trailer) was the current difficulties in the world. Due to the cancelation of physical events, the developers from Bandai Namco put effort into improving online play. For example, players will be able to see whether their opponent is on Wi-FI or connected via Ethernet before starting an online match. Aso, the game will give other information on players, such as drop out rate and Tekken Prowess that reflects overall performance.

It is still unknown how much the DLC will cost, but we can assume that the price will be around $25 at the start - as it was for other Tekken 7 enhancements.

What do you think, guys? Are you happy with this announcement?