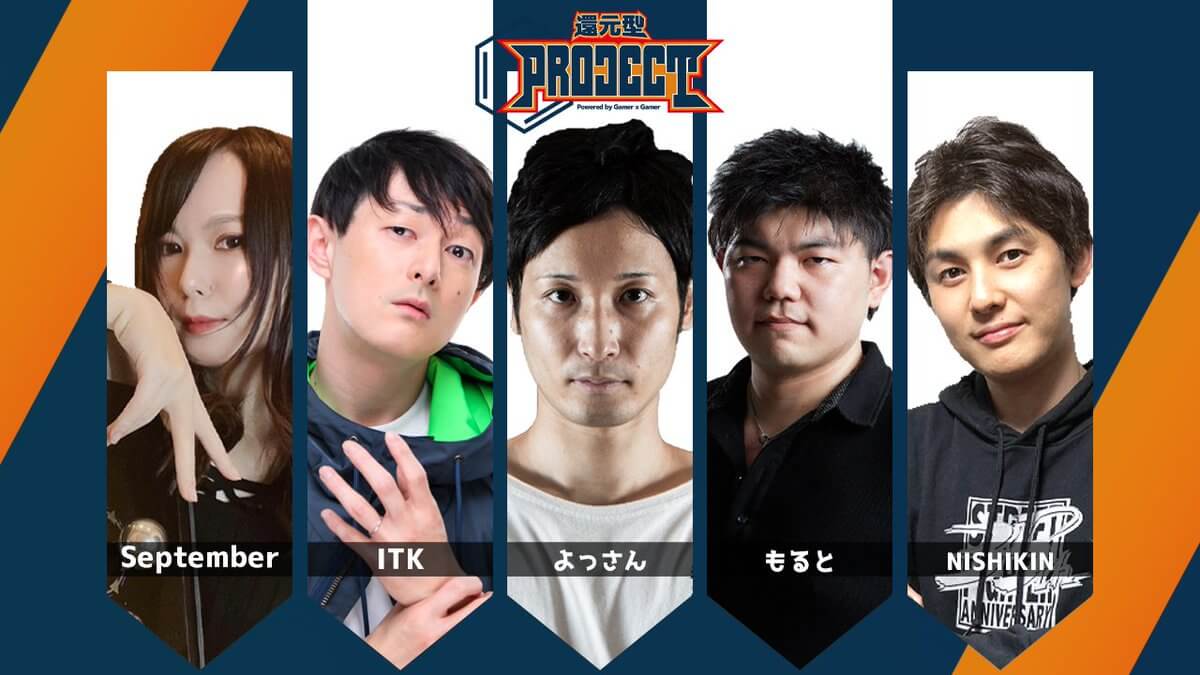 #News
Some of the best character specialists have come together

A new Japanese fighting game team has been formed with the name 'Reduced Project'. The team stars some of the most popular players in the Street Fighter V circuit.

The team, powered by Gamer x Gamer, released its lineup which featured some familiar faces including Itsuki, Moruto, Nishikin, September, and Yossan. Yossan made quite a splash when he played at Red Bull Kumite Las Vegas last year and he shone before eventually biting the dust in the knockout stages. Moruto and Nishikin should be familiar to regular viewers of the last Street Fighter League Japan where they were involved with Moruto endearing himself to fans while he did some great work in Mildom Beast's team alongside Daigo.

In a statement that can be found here, the team announced that they carefully picked the players who joined their team, looking especially at personalities who were character specialists.

This is evident in the lineup as Moruto has been wedded to Dan since he burst into the scene during SFL Japan. Nishikin has been loyal to Blanka since anyone can remember, Itsuki is revered for his Dhalsim, and Yossan has long been a Juri evangelist.

It was also announced that the focus of the team would be on SFV. It would be interesting to see how this team shapes out as more and more organizations set up Street Fighter V teams.