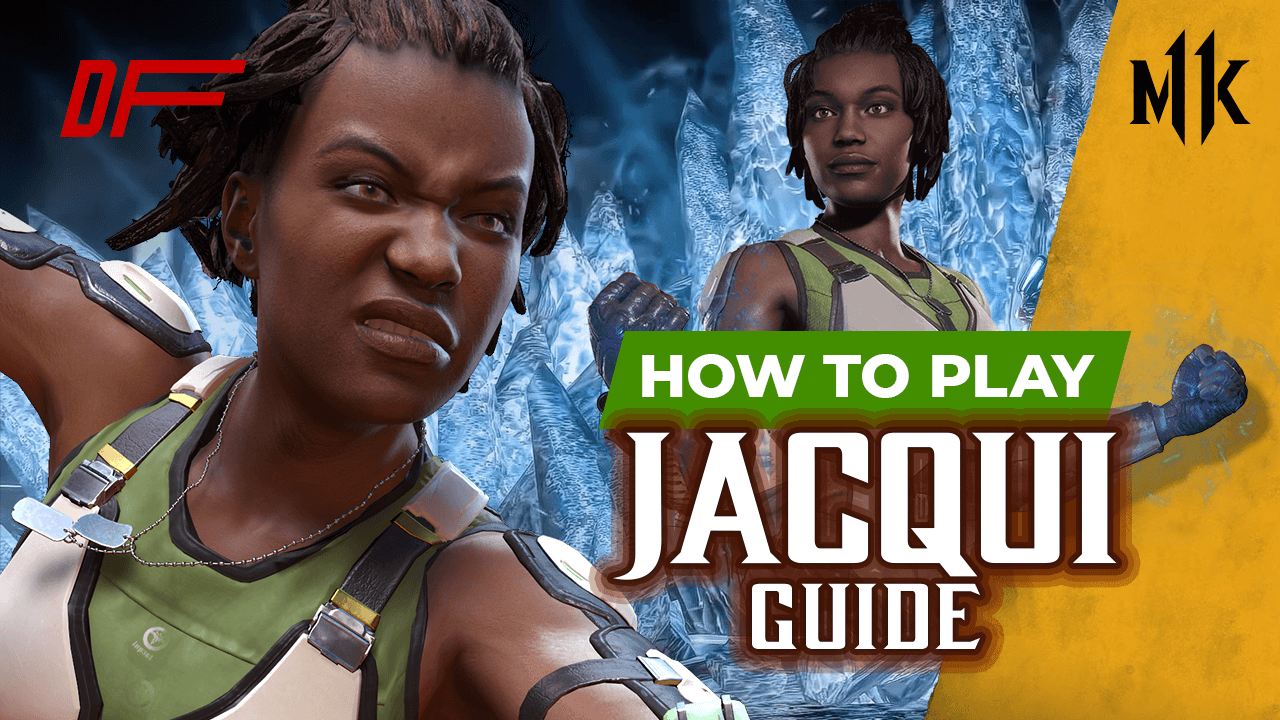 Fast moves and devastating attacks — Jacqui is an excellent MK11 character, and this video guide by LawKorridor helps to master her

The character roster in Mortal Kombat 11 is great. You can play different archetypes, messing with fun fighting mechanics. And you have an absolutely impressive variety of backgrounds to choose from — from a “usual” girl who knows kickboxing to a god-like creature from another universe.

Jacqui Briggs is precisely that girl. Whenever you are not in the mood to smash everyone with paranormal abilities (like Cetrion does) or use the bloody violence of such guys as Joker, consider the martial art skills and technological devices of Jacqui (because, why not?)

This girl is one of the top fighters in Mortal Kombat 11 (yep, you can see her in the S Tier of DashFight’s MK11 tier list). And… Ok, let’s skip that part about the dedicated practice with a character that allows you to achieve many victories. That’s obvious, and we are here not to explain long (effective but long) ways of learning a fighting game character but to highlight nice shortcuts. Who’s ready for a fantastic video guide by LawKorridor, who explains how to play Jacqui Briggs: her best variation, gameplan, strings, and combos?

It’s the basis for your further success with any Mortal Kombat 11 character. The best buttons for Jacqui Briggs allow players to be effective in the neutral game and create pressure in a match.

This character is good at a range (B2; F1) and lands nice crashing attacks (F3; 1, 1). Jacqui has an insane jump and a lot of gimmicks. Also, she can change the pace to a slow one using her Grenade Launcher. Thanks to her pressure, Jacqui can play a great structural game.

LawKorridor calls Jacqui Briggs a rushdown monster who can be dangerous everywhere on the screen.

Jacqui Briggs gives many different options and allows players to be creative in their style. According to LawKorridor, you should adapt to your opponent, and Jacqui gives many tools for this.

Strings in MK11 give a reliable way to deliver significant damage. Some attacks are especially good for strings, and LawKorridor explains which are the best for Jacqui Briggs.

It’s probably everyone’s favorite part — landing devastating MK11 combos is so satisfying. So, what Jacqui kombos does LawKorridor highlight in his guide?

First, the pro player mentions that Jacqui might have difficult execution, so players should practice, focusing on timing and speed. LawKorridor shows B2; F1 + 2; 3, 1; and Bionic Dash (BF2), a very strong move of Jacqui.

The actual combos are:

In some matchups, Jacqui can be out spaced and outranged, but Grenade Launcher mostly solves this issue.

LawKorridor concludes his guide by stating that Jacqui Briggs is pretty solid in Mortal Kombat 11, and her weaknesses are not that visible.

We thank LawKorridor for this video and look forward to seeing him in professional matches.

Guys, DashFight has already prepared quite a few other MK11 character guides. What about taking a look at one on Sindel by Dreammxy or one on Kitana by A F0xy Grampa.