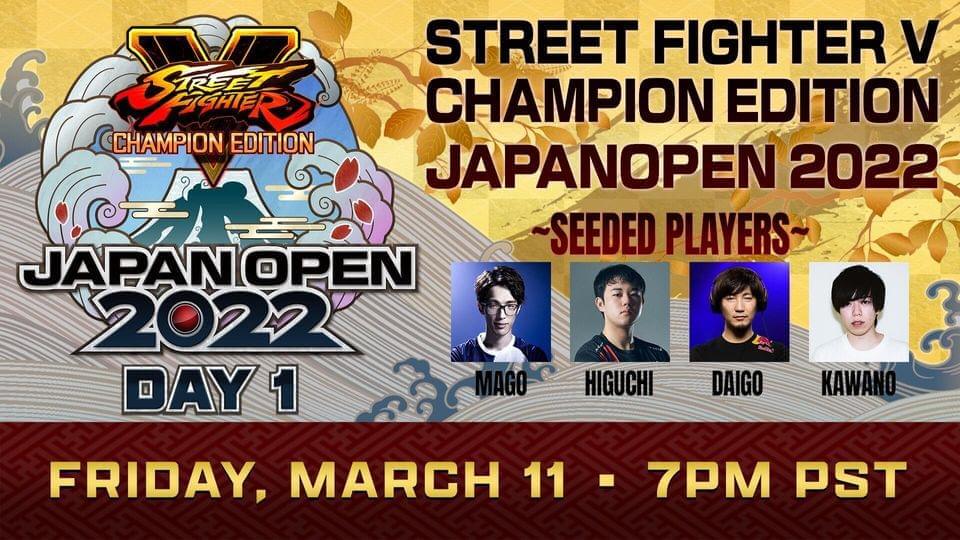 Over the weekend, the Japan Open tournament took place which was a chance for Street Fighter V players from Japan to qualify for the All Asian Games taking place later this year.

The All Asian Games which will be taking place in Hangzhou, Zhejiang, China from 10 to 25 September 2022 will feature for the first time a category called esports. This is historic as it gives pro video game players a chance to win a gold medal for their country.

The games which will feature at the All Asian Games include; Arena of Valor, Dream Three Kingdoms 2, FIFA, and PUBG Mobile, League of Legends, Hearthstone, Dota 2, and Street Fighter V. The Japan Open featured all the top players from Japan but only two representatives could emerge which turned out to be Mago and Kawano.

Daigo, Kawano, Mago, and Higuchi were seeded into the top 8 of the tournament due to their CPT Japan wins giving them the advantage. Joining them in top 8 were Tokido, Fuudo, Fujimura, and Ryusei. After hard-fought battles which featured several close sets, Kawano was crowned as the champion again.

Kawano showed once more why he is arguably the best player in Japan right now as he dispatched of Tokido, Daigo, and Mago to claim overall victory. His skill against some of the best players of all time was incredible to see and this might be a turning point as the younger generation of Street Fighter players have started to dominate and we are perhaps witnessing a changing of the guard.

It does seem fitting that one old school legend and one relative newbie have made it into the All Asian Games and all eyes are on September when the games will start. We are currently unaware of any other country and their qualifiers, but you can perhaps expect to see the likes of Infiltration and Xian involved.

Considering the legend of 'September Mago' this could very well play in his favor. If you missed all the action, you can check out Day 2 of proceedings below.