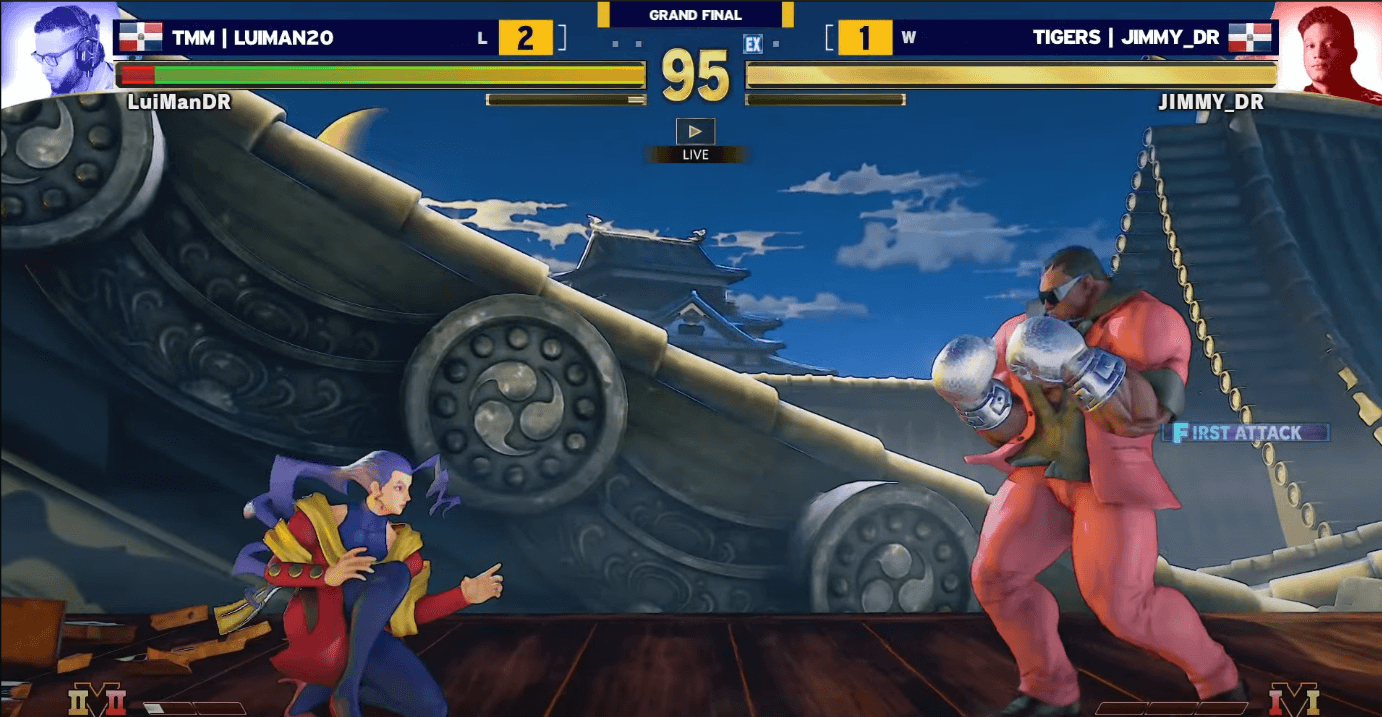 #News
With no Mena RD to contend with, Jimmy swept his way to victory in a riveting final

We might no longer be getting a Capcom Cup this year due to circumstances beyond everyone's control, but that has not stopped us from getting quality Street Fighter V action. Over the weekend, the Capcom Pro Tour Central America East 2 took place and we had a winner in Jimmy_DR who won an intriguing grand final against a veteran of the game, LuiMan20.

The first iteration of the tournament which took place last year saw MenaRD take the victory and qualify for Capcom Cup, but this time, Mena did not participate as he didn't want to gatekeep anyone. That said, the bracket was still stacked with great players including Crossover, Caba, and recent CEO 2021 winner, Mono.

Mono came into the tournament as a favourite and while he made it to top 8, he eventually crashed out to Bushinmaster whose Zeku was just too much for Mono to handle.

Jimmy was something of a dark horse considering how new he is to the scene compared to some of the other people in the bracket, but his Balrog was phenomenal and he really got to show what he was made of.

The final was particularly riveting as he was up against Luiman whose experience with Dhalsim cannot be overlooked. Luiman had looked so good for most of the tournament that it seemed inevitable that he would be the eventual winner. However, up against Jimmy, he came up against a character who had the right reads for just about everything that Luiman had in mind to do.

Jimmy took to his Twitter after the win to celebrate his win with this quote, "I won the CPT CENTRAL AMERICA EAST 2, the happiness I had is so great that I do not know what to think, I also thank all the people who have been supporting me forever, I am going for more."

It is unfortunate that we will not get to see Jimmy and some of the other competitors at the Capcom Cup, but you can be sure that whatever Capcom decides will replace the tournament will be another great spectacle for fans and casuals alike.