Get On My Level 2020 West USA Qualifiers Summary 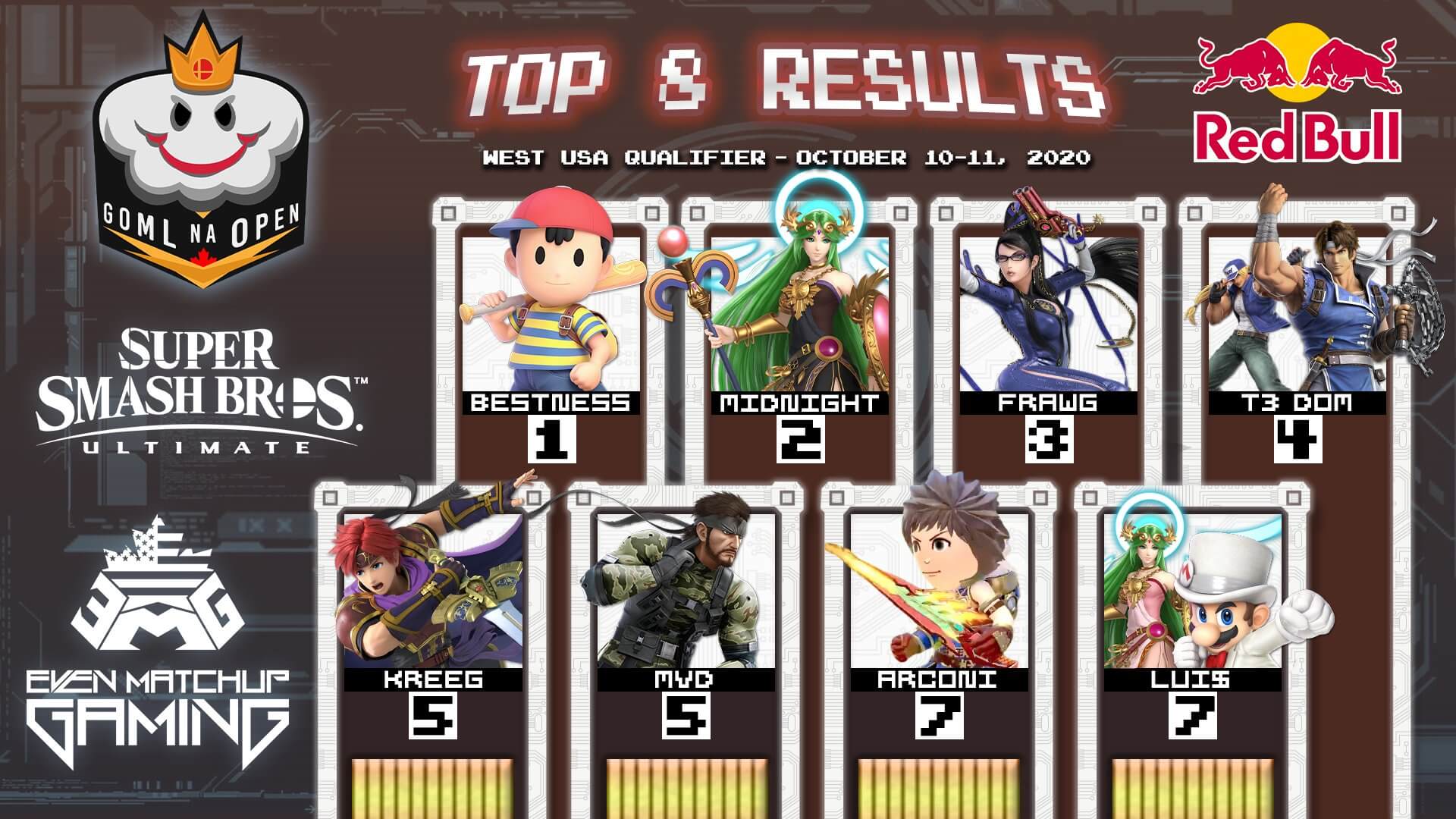 Get on My Level
#News#Interview
Seven down, one to go. Catch the best online Regional Fighters for the Smash Bros Ultimate scene

This weekend saw the GOML take their production to the West coast of the United States. As previously highlighted here in DashFight, the competition would be fierce. At the end Spencer "BestNess" Garner took the playoffs bracket challenge with relative ease and finished off in style versus Midnight, a relatively new up and coming player for SoCal.

The Road to Victory

BestNess was one of eight invited players to the final brackets. On the road there, he faced off Midnight in the Winners' Semifinals and then again in the Grand Finals. For his part Midnight came up through the open pools the day prior and in his first-round clashed with veteran invited player Jestise "MVD" Negron.

MVD has not been taking the online-only environment imposed by the pandemic nicely. The few events he has been looking forward to playing in have been charity events. Such as the recent Fight for Rights a west coast edition charity event. In which raised money for various organizations such as the George Floyd Memorial Fund, Minnesota Healing Justice Network, and multiple Bail Funds throughout the USA.

Midnight and I have played a bunch of times before on wifi on my streams, and he has usually always beaten me so I was not surprised at the result. I definitely wanted to win the event but kind of got an unlucky draw which happens. 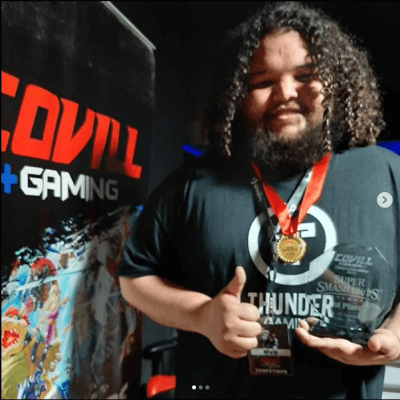 I'm usually very hard on myself so it’s rare to give myself a good rating, lots I could have improved on. Was upsetting to see some of the other players not participating for whatever reason, but also happy to take 1st 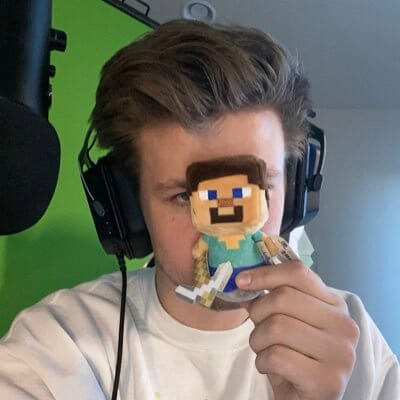 Of the stand out players for that night was Midnight, the fifteen-year-old player hailing from Southern California made a great showing of the weekend. Initially by winning over MVD in a 3-1 series, though a couple of rounds later he too would go down to the lower brackets thanks to BestNess himself. Still, steadfast through the bracket Midnight got a chance at a rematch for the Grand Finals. A chance BestNess would put out once and for all in this regional event. Never the less, Bestness had good things to say about his Grand Finals opponent.

You mentioned midnight before and I’ve seen a dramatic increase in his skill the last couple of months. The young kids have so much time to improve it’s scary to think about.

Spencer also shared a little bit more about his expectation of the onboarding of Steve, from Minecraft, into SSBU. A character he has been an avid fan of well before the official announcement.

I’m excited to be the first to find new things and what works. Hopefully, he comes naturally and I use him in a tournament, if it takes a while I will rely on Ness

BestNessSpencer expectations of the onboarding of Steve

BestNess now joins the other six qualified competitors that in early November will face off in the final circuit of the GOML 2020 season.