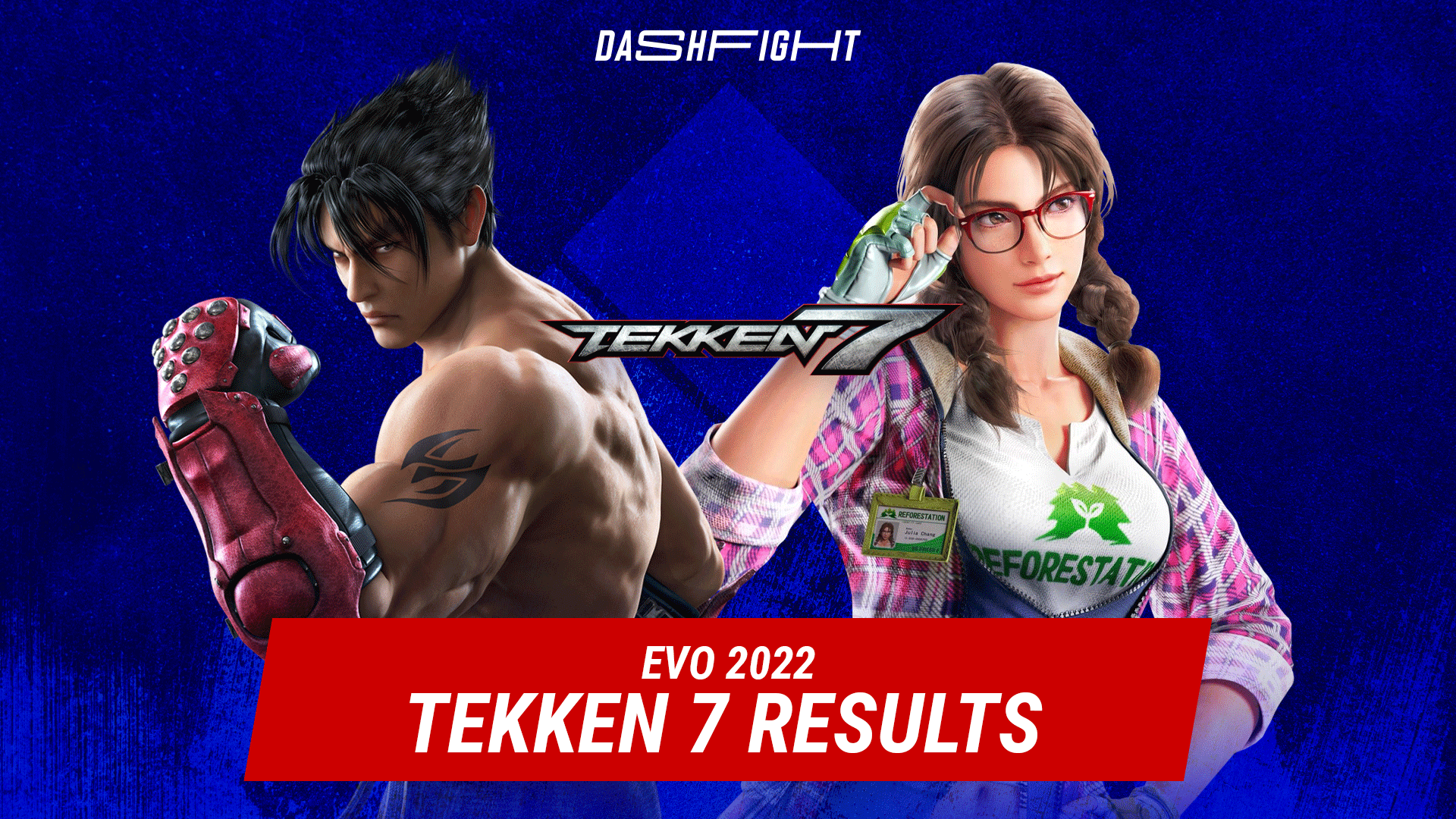 Tekken is finally back offline, and Evo 2022 is the biggest international tournament we've seen for this game in quite some time.

With the sheer amount of top level players, we were bound to see dozens of insane matches before the Top 8. Early into the tournament, JoKa showed off his strong Feng by knocking Kkokkoma down to the losers bracket. JDCR almost reached the final bracket but was eliminated from the tournament by Super Akouma and JeonDDing.

One of the earliest and biggest upsets was a match between Shadow 20z and Arslan where Shadow went 6-0 against the Evo 2019 champion. Unfortunately right near the end of the Top 48 bracket, Shadow 20z was knocked out of the tournament alongside Anakin, leaving no more NA representatives for Tekken 7.

This all resulted in an insanely stacked Top 8 were one of the favorites to win the tournament, Arslan Ash, had to fight his way through the losers bracket.

The first match kicked off with the 2D face-off between Super Akouma and KHAN. Despite Akouma's best efforts, KHAN's Geese was simply too strong.

Despite no lack of powerful players, the rest of Top 8 matches went by in a flash, all of them ending in a swift 0-2 until the winners and losers finals. It was especially sad to see Rangchu lose his set against JeonDDing after picking Panda, something that fans and spectators were very much excited about.

However, things began to heat up a bit, starting with the Winners Final. KHAN was one of the few people who managed to find vulnerabilities in Knee's otherwise invincible run. Despite the match ending in 3-1 for Knee, we got to see some extremely close matches where one small mistake could change everything.

KHAN then went on to face Arslan Ash in the Losers Final. At this point, it was clear that both of them were titans in their own ways, but the match still ended in a thoroughly surprising 3-1 for KHAN.

When it came down to the Grand Final, the result seemed predictable. After all, Knee already beat KHAN just some time ago. In spite of that, KHAN played better than ever, pushing Knee to play as well as he possibly could. The whole set was a constant back and forth, befitting the final game of the tournament.

Congrats to Knee for his much-deserved Evo victory. This also marks the first time that he won the Evo for Tekken 7 outside of the Evo Japan!