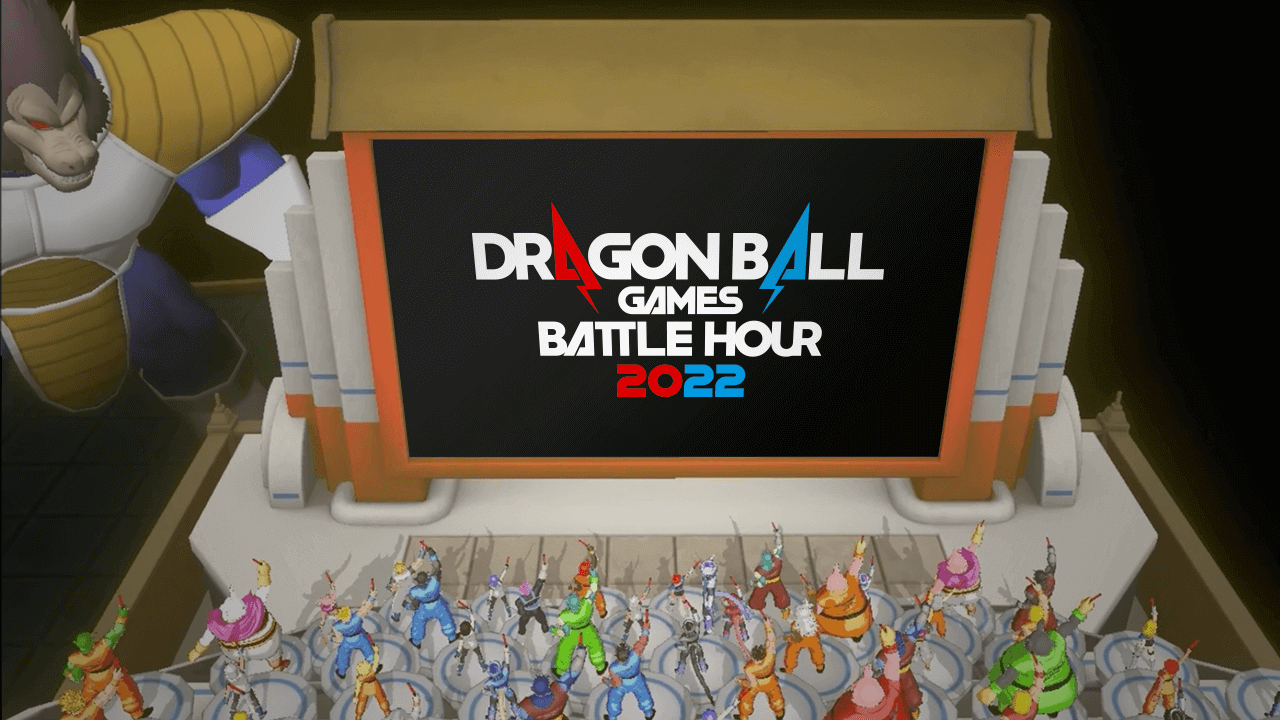 Pic Source: dbgbh.bn-ent.net
The event is right around the corner, and many game producers recorded special messages for the community.

The approaching weekend of this huge Dragon Ball event gives somewhat mixed feelings. On the one hand, it’s obviously great to dive into the world of favorite heroes and enjoy many games — even if only through online streams. On the other hand, though, there will be no DBFZ World Championship Finals, so it feels like the whole thing lacks something.

Still, despite being fans of fighting games, let’s try and stay on the positive side! Dragon Ball Games Battle Hour 2022 is coming, and it will be packed with fun.

And Dragon Ball FigherZ will get its decent place in the general schedule. How do we know that? Well, the game producer Tomoko Hiroki said that during her Special Message.

Prominent personalities within the franchise and producers of some other Dragon Ball games also addressed the community through short videos.

Is it possible to get more hyped? Let’s try with this new event trailer!

What about the schedule, then? Here it is! The details can be found on this official page. DBFZ Team & Draft Tournament is planned for both days of the event: US and Japan sections.

Let’s tune in to Dragon Ball Games Battle Hour 2022 and join the synergy of fans around the globe!

Meanwhile, Dragon Ball FighterZ will also be present at such big fighting games events as CEO and Combo Breaker. Don’t miss them as well!