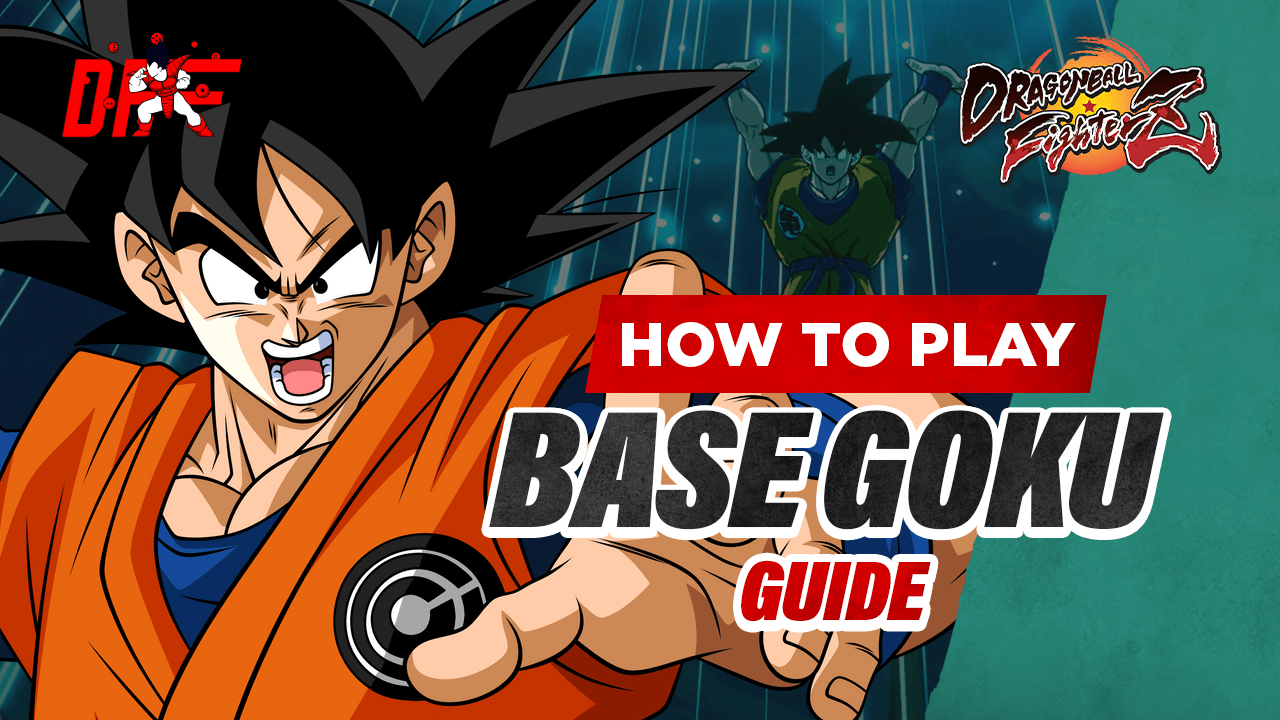 The choice of Goku’s form is much simpler in the anime. The story offers a straightforward progression from a kid to the god level and beyond. The base form of an adult Goku is one of the weakest in this hierarchy. And that’s totally untrue for Dragon Ball FighterZ.

Obviously, a fighting game should be nicely balanced. If Base Goku has some disadvantages in comparison to other versions, he perfectly compensates for them with his unique strengths. Discovering the cons and emphasizing the pros is part of learning the character.

DashFight is happy to help you guys in this process. We’ve published a new video guide on our YouTube channel. KingZem, a fighting esports professional, explains how to play Goku — and the tutorial is very detailed and practical.

KingZem says that the normals of this character are not bad, but they are not the best.

In this section, KingZem talks about Special Moves of Goku in DBFZ.

This Special is the basis for Goku’s pressure and mixups.

KingZem demonstrates his favorite strings for Base Goku.

He explains some tricks for opening the opponent — expecting Reflect from them. When people are more experienced against Goku, they know that risk/reward is not in their favor to get a frame trap. Goku’s Command Grab deals 25% damage if you get grabbed, and Supers are added. But if you get a frame trap by this character, he can deal around 5k. So people choose to guess and use Reflect as a defensive option.

You should keep this in mind while pressuring with Base Goku.

The video gives many details on the strings, so learn them directly from KingZem.

Goku is so sick because his mixups are super cheap and do a lot of damage.

The Command Grab is unreactable, and you make your opponent guess between strike or throw. You can put this Command Grab anywhere.

Having 2L that is 0 on block allows Goku to repeat it over and over, making the opponent guess which of them will be the unreactable Command Grab.

EX Heavy Elbow is another mixup tool. The opponent might try to react to cross-up, but you can do Heavy Elbow.

The Kamehameha beam is also a tool for the left-right mixup — with the Tiger Knee input.

EX Command Grab mimics Dragon Rush. If the opponent presses DR to react, they get hit.

It is important to know how to get mixups from Goku’s Super Moves. Both are strong for mixup situations as long as you set them up correctly.

It is really worth watching both Super mixups demonstration and explanation in the video.

The biggest strength of Base Goku in Dragon Ball FighterZ is his ability to open up his opponents easily. Also, he deals significant damage on Point. Assists of Goku are strong for mixups.

His ki blasts are very effective. The single-hitting beam is one of the safest in the game. Tracking Spirit Bomb is a great tool.

One of Goku’s biggest weaknesses is his stabby normals. Such characters as Vegito or Gogetas have better buttons.

The difficulty clause is another downside of this character. His combos require some preciseness. In addition, Base Goku is kind of greedy. He gives a lot to the team, but he needs specific teammates to play his best game (grounded Spirit Bomb).

Base Goku is good with the characters who help him to set up Spirit Bomb easily. KingZem names these potential teammates:

KingZem recommends looking for assists that help in the neutral game. Beams of Android 21 and Broly can do it. Vegito’s A Assist is fast and very good for Goku. B Assist of UI Goku is also nice. You can choose A Assist of Super Saiyan Blue Gogeta.

Spirit Bomb combo synergy is another aspect to mind in DBFZ team composition with Goku. You can use Bardock’s B, SS4 Gogeta’s B, SSGSS Gogeta’s A, or Vegito’s A.

We thank KingZem for this excellent guide. It’s a lot of tips to practice in the game!

And what about a fusion? Here is a video guide How to Play Vegito by Tyrant.