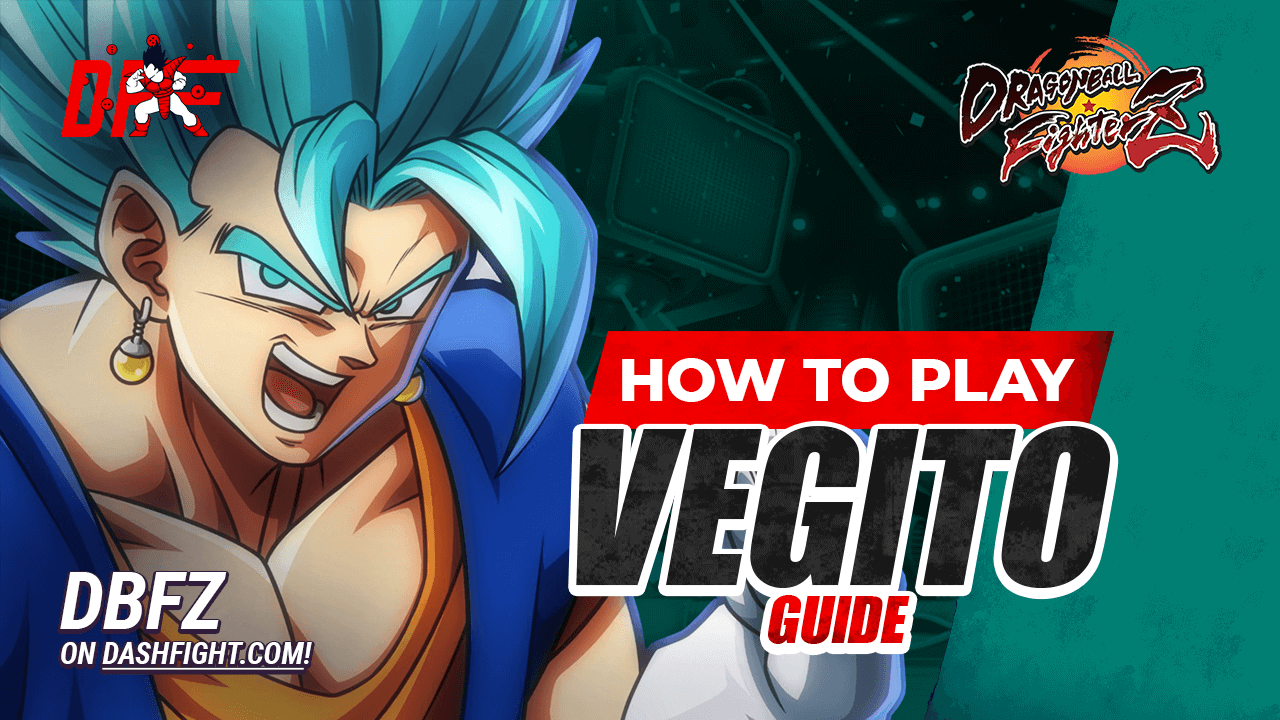 With the illustrious roster of Dragon Ball Fighter Z, it can be a challenging task to sit down and run the numbers on each character, and that leaves aside the importance of playing what feels right by you. Professional players often spend years perfecting their matchups, looking at every detail, and thinking through their strategies. Although not impossible for new players, it can feel like a major hurdle to overcome. In DBFZ you have elements like assist, projectile mechanics, screen control, swaps, and more.

For that reason, DashFight joined forces with DBFZ high-level players to give you all the tools you will need to achieve victory. This time around we partner with Tyrant to cover the intricacies of Vegito.

The Best Buttons are the key moves for the character. You are likely to want to use or see these in play as players or opponents since they offer the best neutral, anti-air, pressure value, or some other benefit.

Since each character has received two extra assists, discussions about the best ones to have been had. Here are the pro's choices: