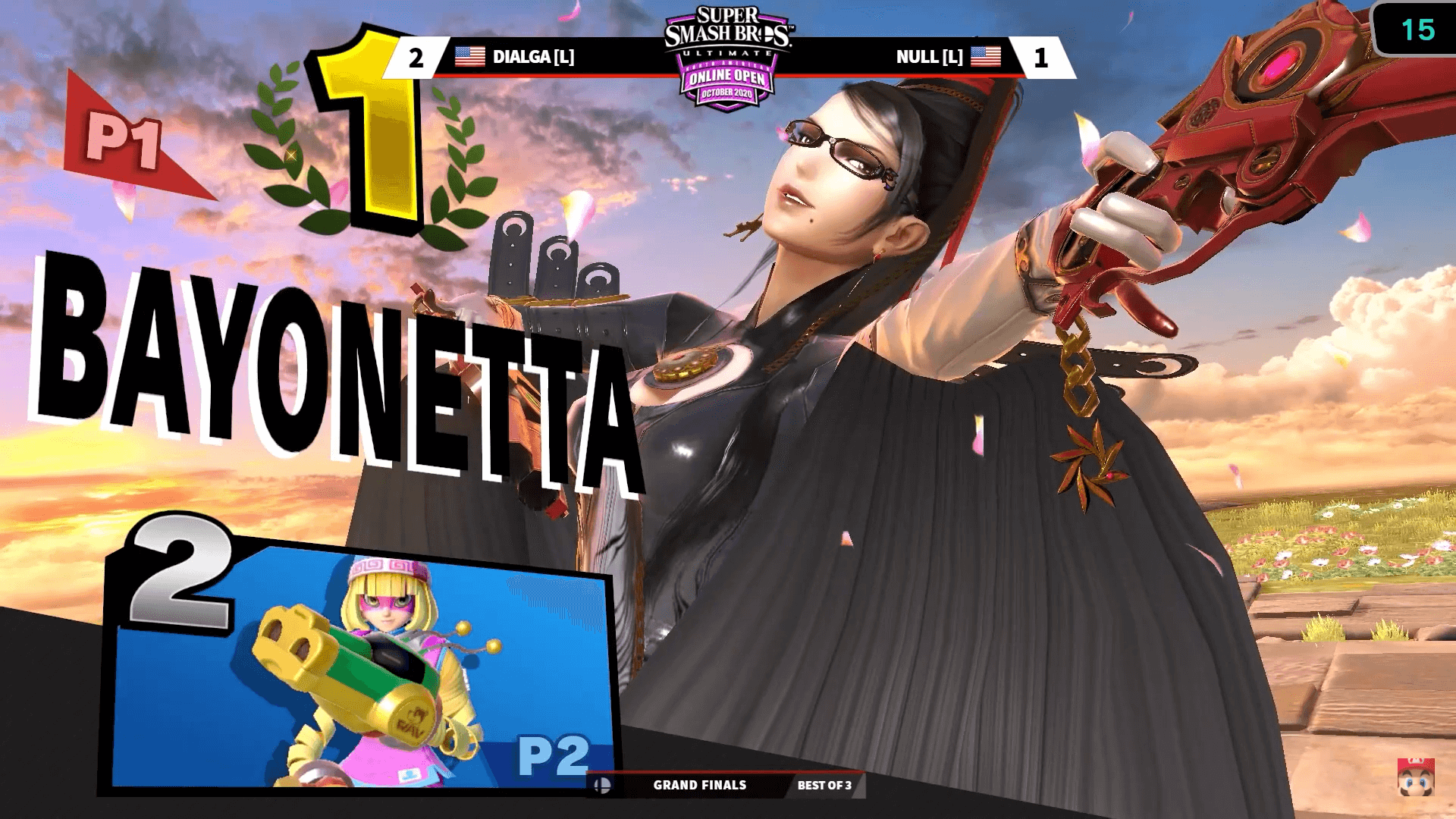 On October 31, NintendoVS hosted the last part of their tournament Super Smash Bros. Ultimate North American Online Open October 2020. It was for players from the regions 3 & 4 and 5 & 6. The other regions fought around a week earlier, and 9superpie with MarkSDKing are the winners.

These players fought in the Winners Semi-Finals:

In the Winners Final, Whisky played significantly better than Gio. Even a change of the character in the second game (Sheil instead of Ness) couldn’t save the situation. Whisky won 2:0.

Shoe has become a hero of the Losers bracket. The player won Losers Semi-Final against NuB (2:1) and Losers Final against Gio (2:0). So, the Grand Final was:

The players had a very tight fight, both winning rounds and games. Shoe had all the chances to reset the Grand Final, but in the decisive round, Whisky caught their luck and won 2:0 when both players had a bit above 100% of damage.

In the Winners Semi-Finals, we saw these matches:

Null and Dialga played in the Winners Final, and Bayonetta of Dialga was obviously much stronger than Min Min of Null. Dialga won 2:0. But that wasn’t the end of the fight for these players.

Null managed to win Losers Final against Wisdom (2:1) and proceeded to the Grand Final.

The Grand fight was very tough for both players. First, Null demonstrated the real power of Min Min and won the Grand Final 2:1.

The Grand Final Reset was significantly different. With excellent Bayonetta combos, Dialga had an early advantage in each game and only powerful comebacks helped Null get 1 point. Stull, the fight continued almost to the very end, but a bitter mistake of Null finished everything - Min Min couldn’t return to the stage in a seemingly simple situation. The final result is the victory of Dialga 2:1.

Congratulations to both champions!

NintendoVS organizes such tournaments regularly for various games, so we can expect to see a new part of this competition quite soon.