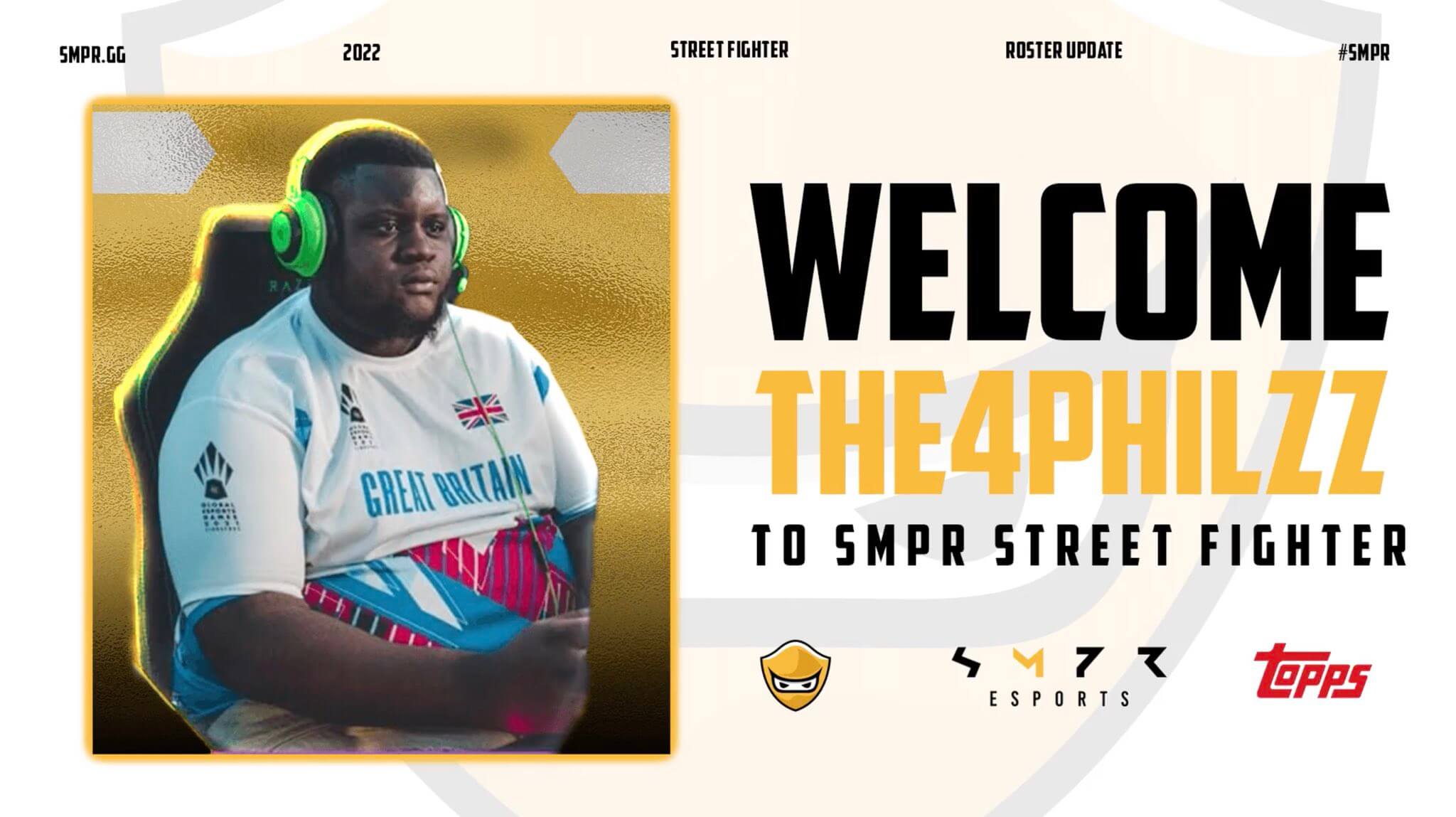 Fresh from his triumph at the CPT UK/Ireland, Kim-Philippe Badiabio, otherwise known as The4philzz has now been signed on by Semper Fortis esports as their first Street Fighter representative.

Semper Fortis, also known as, SMPR, is an outfit that specializes in games such as Fifa, Rocket League, and Fortnite. They have dabbled into fighting games with representatives for both Smash and Tekken. With the signing of The4philzz, they have now made their first foray into the world of Street Fighter V.

They announced the move on Twitter stating that he will now be representing them moving forward.

The4philzz who said in his winner's interview that he lost motivation for a bit after the disappointment of missing out on Capcom Cup this year due to the pandemic, both his win and this new deal will certainly bring him back into the competitive spirit. He is also a content creator on YouTube with a growing channel which should be helped even further with this announcement.

We wish him all the best for the future.