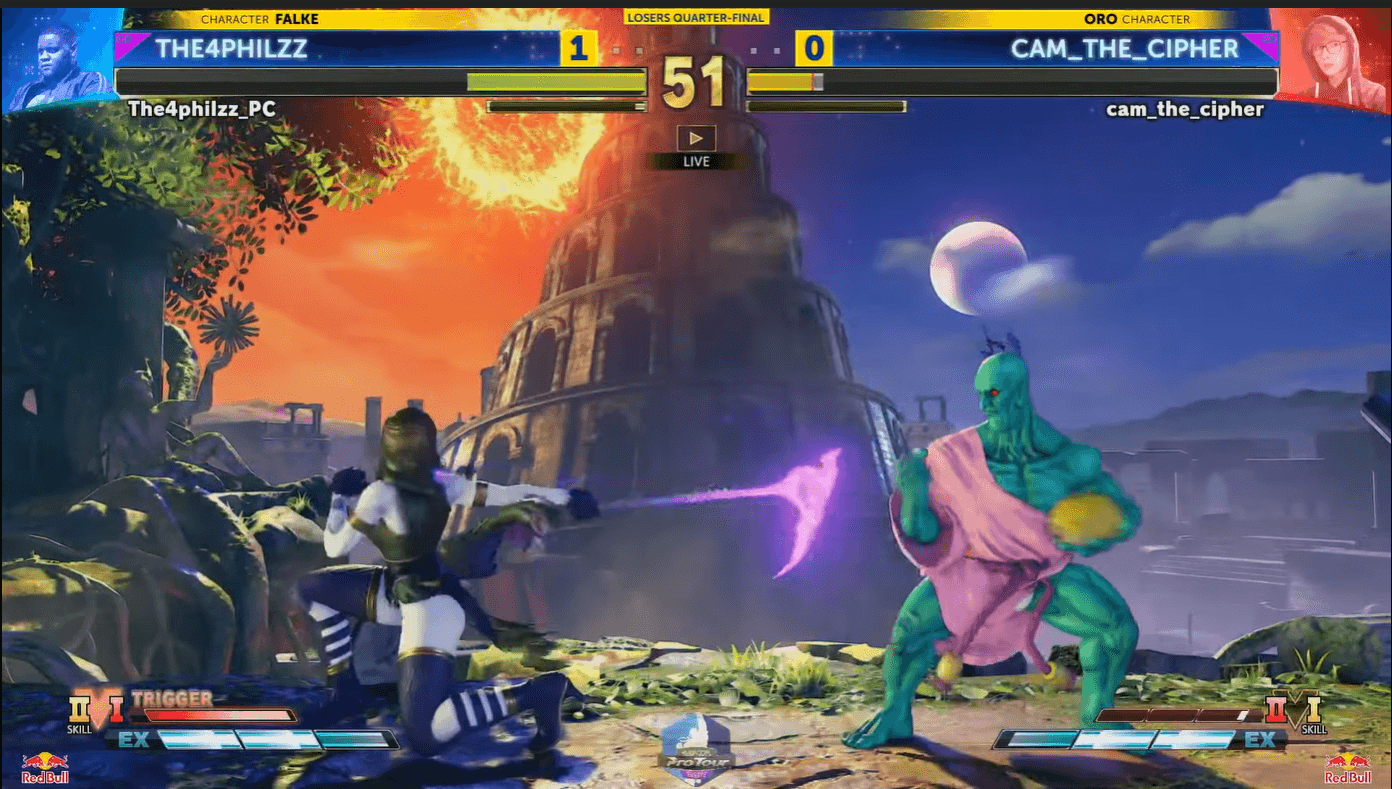 The4Philzz emerged as the winner of the CPT UK/Ireland tournament that took place over the weekend. The Falke player took it over Problem X in Grand Finals. He will now be awarded with a spot at Capcom Cup next year.

The4Philzz has really burst on to the limelight since his famous CPT win last year where many who were not familiar with him were taken aback by his expert use of the much-maligned Falke. There aren't many top-class Falke players and The4Philzz has become something of the poster boy for Falke players. His win over Problem X was also significant as it will be the second time he'll be getting the better of the former Evo Champion in Grand Finals.

The4Philzz played his heart out coming all the way from the losers bracket to clinch the title. This is an uncommon route and considering he had to deal with top contenders including Infexious, Broski, and Cam_The_Cipher made his win all the more remarkable.

In his interview with Jammerz and Rynge, The4Philzz intimated that the disappointment of the canceled Capcom Cup 2021 which was to take place in February led to a loss of motivation to play the game. He admitted that he didn't prepare as well as he normally would have for the CPT, but that he also never lost hope that he'd be able to do something. Upon winning the event, The4Philzz declared that his motivation for the game is now back and he will be preparing hard for the next Capcom Cup.

He also took to Twitter to celebrate his win which was well deserved. His win also means that while we'll probably still have a fair few Lukes in Capcom Cup, at least there seems to be some character variety. That said, the UK CPT was interesting in that unlike the NA West, there were few players willing to use Luke. Only Shakz and Infexious used the character which perhaps suggests that most players in the region are satisfied with their current picks.

Congratulations to The4Philzz and we wish him all the best moving forward.