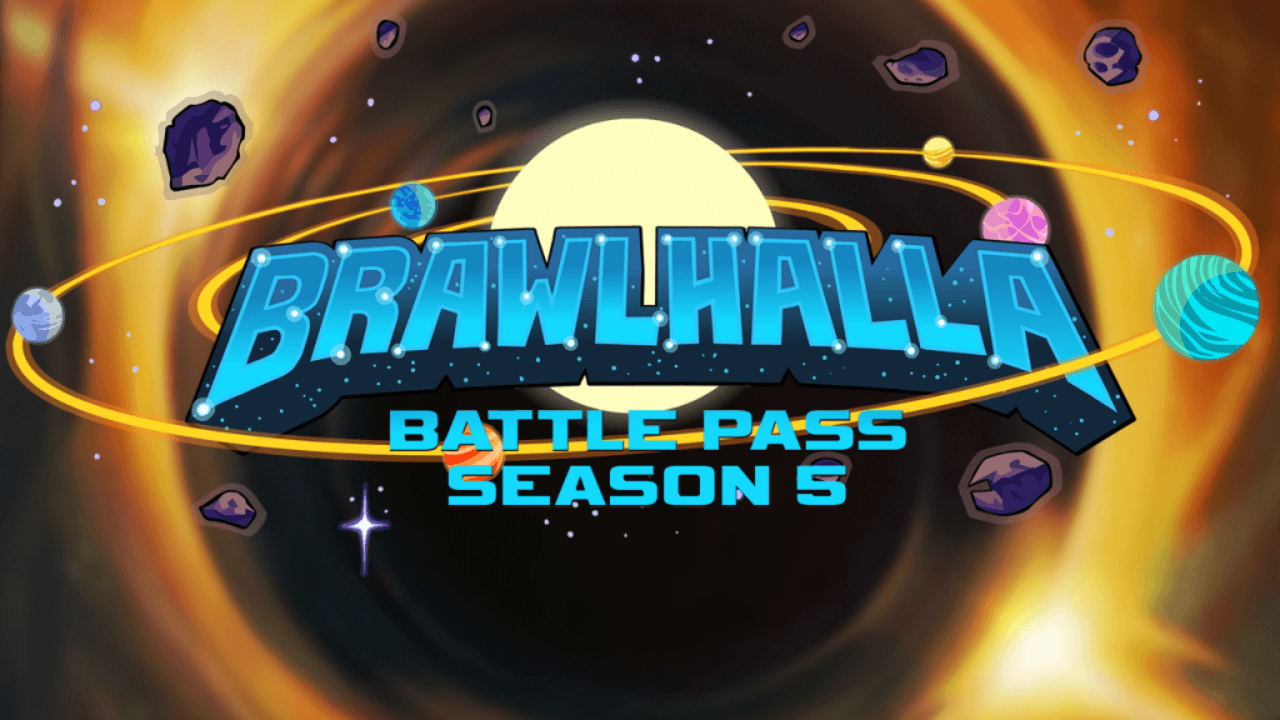 Brawlhalla is pretty generous in giving all sorts of cosmetic items to the players. And now, the game offers another way of expanding your inventory — the new Battle Pass season has started.

The theme is great, cosmic great. The fifth Brawlhalla Battle Pass is called Galactic War. It’s about Artemis fighting Orion somewhere in space. Of course, it’s more than one fight or one story — the Galactic War is about getting cool rewards for participating in Brawlhalla fights.

Theoretically, you don’t have to purchase anything. The Battle Pass works for every Brawlhalla player. But practically, your prizes with the Gold Pass are much better. The very first tier will allow you to get the skin Event Horizon Artemis and start levelling it up.

The Galactic War Battle Pass has 85 tiers in total. The last one gives the skin Orion Prime — which is a great completion of the epic journey. And yeah, there are avatars, color schemes, Mammoth Coins, weapon skins, sidekicks, and other stuff in between. The free version obviously lacks such a variety of items. The Battle Pass season 5 is active till April 10.

Here’s the info on the Battle Pass in the official trailer.

Right now, the game in general feels like an awesome place to be in. A new competitive season started in Brawlhalla recently — it’s a chance to combine your Battle Pass progress with gaining Elo and higher ranks.

Another significant part of the Galactic War is weekly missions. You may play your usual matches and still get new tiers in the Battle Pass. But the Missions allow players to speed up this process by completing specific tasks. It’s also a way to try new things in the familiar platformer fighter.

Who knows, maybe the Galactic War will motivate you to play Brawlhalla more and improve your skills to the tournament level. In this case, you might hope to get a piece of the impressive $1,350,000 prize pool of Brawlhalla esports in 2022. Still, it’s not as important as having fun playing!