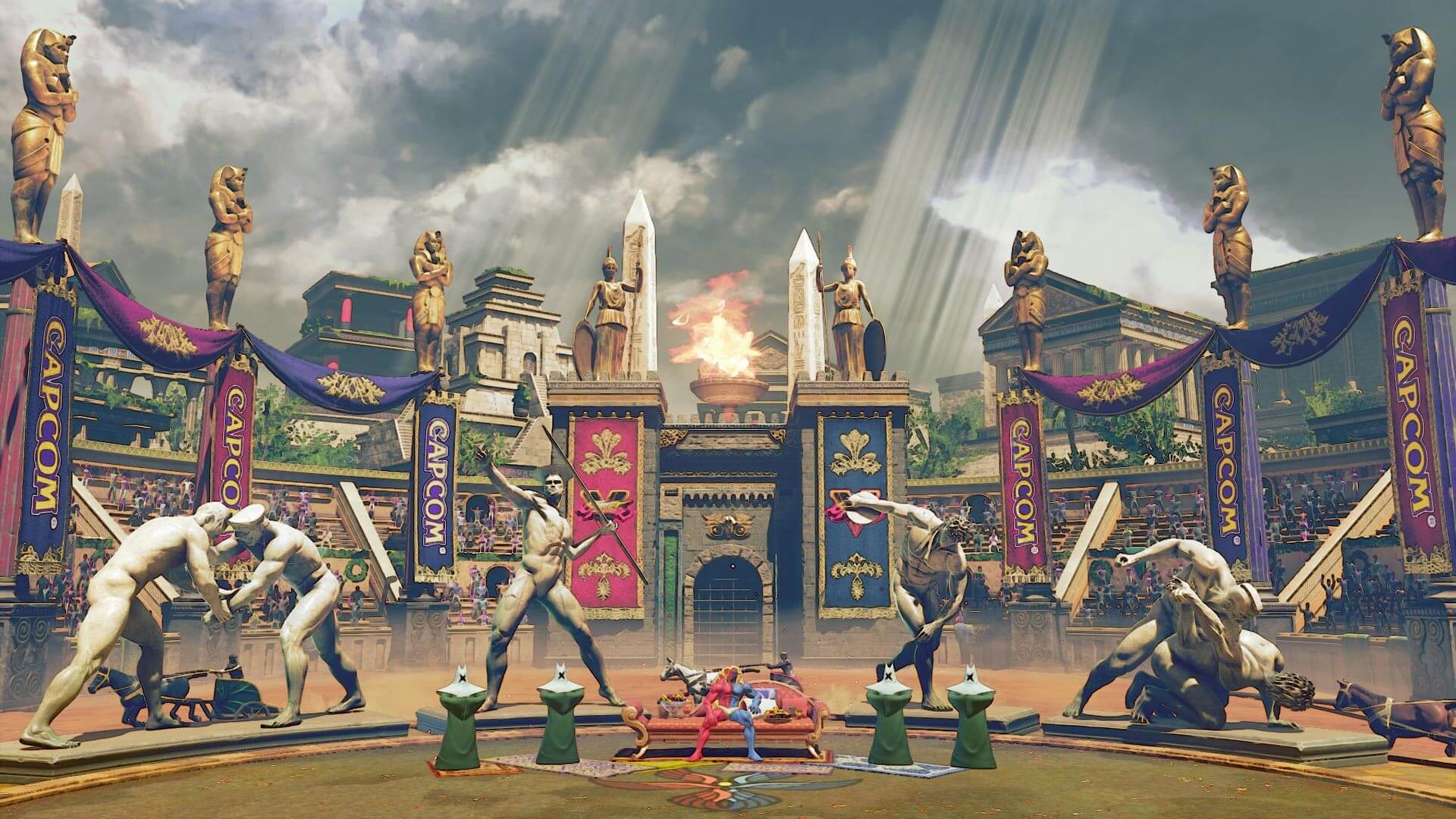 Capcom finally revealed a new Ring of Prosperity stage for the Capcom Pro Tour 2020 DLC package. From the perspective of the newly-emerged information, we can tell what Street Fighter 5 fans may expect in the short run.

So, in the update, we are waiting for a Greek-Egyptian-style arena with statues of Guile, M. Bison, Zangief and Ryu stylized as Olympians. Also in the "coliseum", we can see statues of pharaohs and two female figures, looking like twin sisters of the Greek goddess Pallas Athena.

At The Ring of Prosperity stage, we also see Gill sitting just behind the action to observe surrounded by the cloaked Illuminati members.

Also, the community published Laura's Champion's Choice outfit, which was designed by iDom, Capcom Cup 2019 champion. It will be available in the new patch too.

So, iDom designers’ talent gives us an opportunity to see Laura in a, probably, school uniform with an unbuttoned yellow jacket, bow tie, skirt, and knee socks.

The Ring of Prosperity and Champion's Choice costumes are scheduled to be released on July 29. Before this, however, the Street Fighter 5 servers will be going down for maintenance. According to SFV Server Status on Twitter, It may happen approximately on PDT 6pm to 10pm on July 28 (7/29 1:00 to 5:00 UTC).

The Capcom Pro Tour Premier Pass is priced at $19.99 USD including the new stage, outfits for all of the aforementioned trio and a new EX color for everyone on the cast plus some bonus in-game items.

Also, we wrote that a Street Fighter-like game Fantasy Strike is free-to-play now.