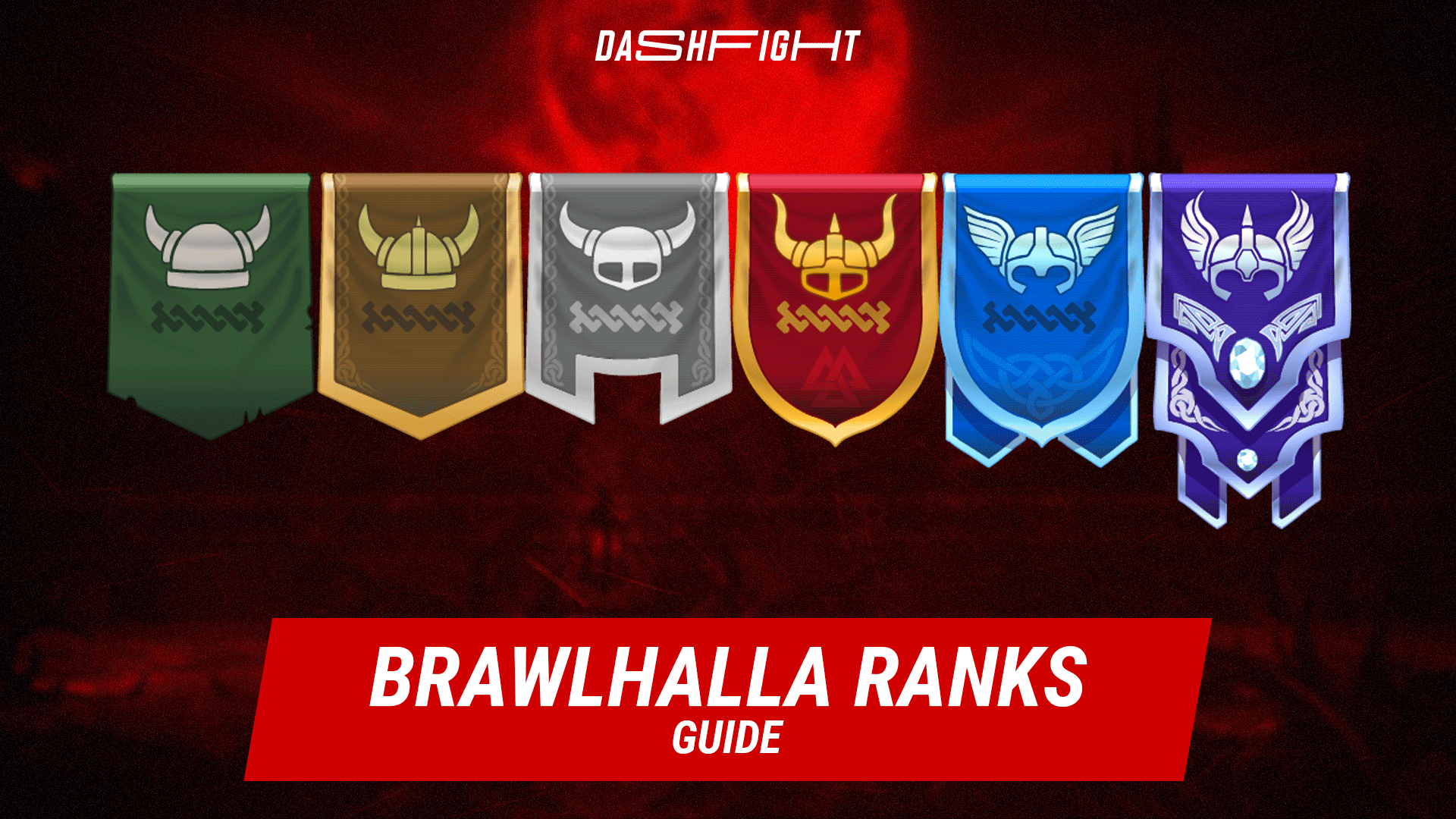 #Guide#Evergreen
Never let competitive Elo confuse you again and learn to level up along the way.

Since its release in 2014, Brawlhalla has grown in popularity, becoming a real competitor in the fighting game scene. While the art design is fun and spunky, the actual fighting itself is a hardcore brawl, and anyone who plays competitive Brawlhalla knows that.

Now, if you want to get into the competitive scene yourself but feel a little intimidated, let’s give you the rundown of how the Brawlhalla ranking system works.

Like many competitive games, Brawlhalla has a very defined ranking system. The rankings are based on the Elo rating system, a metric of measuring someone’s likelihood to win at certain levels of play. The more someone wins, the higher their Brawlhalla Elo gets.

Ranks By The Numbers

When players are competing against one another in Brawlhalla, they can earn different ranks for how well they’re playing. Over time someone who’s winning often can end up in Platinum or even Diamond tier, while someone who keeps losing might just find themselves in Silver or Tin.

The general idea of Brawlhalla rankings is pretty much similar to those in other games — for example, to rankings in Super Smash Bros. Ultimate.

Here are Brawlhalla’s ranks based on Elo, the common metric used for measuring skill in competitive gaming:

Why Is There Overlap?

There is something curious to note about Brawlhalla’s ranking system. After all, each bottom level of one tier overlaps with the top of the tier below it. This is because the system is made to have a grace period for players. If someone falls below rank, they are given time to regain some Elo before being dropped down a tier. For example, someone at Gold 5 has the entirety of 1338-1389 to figure out what they’re doing wrong before ending up in Silver 1. This can be hard to track sometimes, but it gives you a little more wiggle room when struggling through some tough matches. For example, you might need to consider using other Brawlhalla weapons — something that is better for your fighting style.

How Much Do You Win?

You get two different things when you win a match: Elo and Glory, Brawlhalla’s own personal in-game currency.

Notice, there are different types of in-game currency. You need Gold to unlock Brawlhalla Legends.

If you want to rank up in Brawlhalla, you should know that their competitive season lasts roughly 10-14 weeks. At the end of that time period, your account will lose one tier of rank (say a Gold 5 will become a Silver 5). This is so you’re encouraged to come back next season and fight for your rank again. It’s not as rough as some ranking systems like League of Legends that make you reset at the end of every season, but it does still require you to play often to maintain a certain competitive status.

How To Rank Up Faster?

One of the best ways to rank up and improve is by watching the streams of great Brawlhalla players and reading Brawlhalla guides. You should also start keeping track of the top playable characters with each game patch. For example, a fair amount of the community currently sees the fastest champion, Val, as the best, but that could change in an upcoming patch.

However, the best thing you can ever do to improve as a player is practice. Though it seems like the annoying, simple answer, it’s the truth. Getting yourself a practice partner or playing ranked poorly at first will make you a better player. Don’t just practice by mashing buttons, though. You should be deliberate and take things slowly at first if you need to. Losing a game where you landed a couple of greatly executed Brawlhalla Combos is more productive than winning a game where you smashed your controller buttons wildly all the way to victory.

And then, hopefully, with time, practice, and knowledge, you can level up.