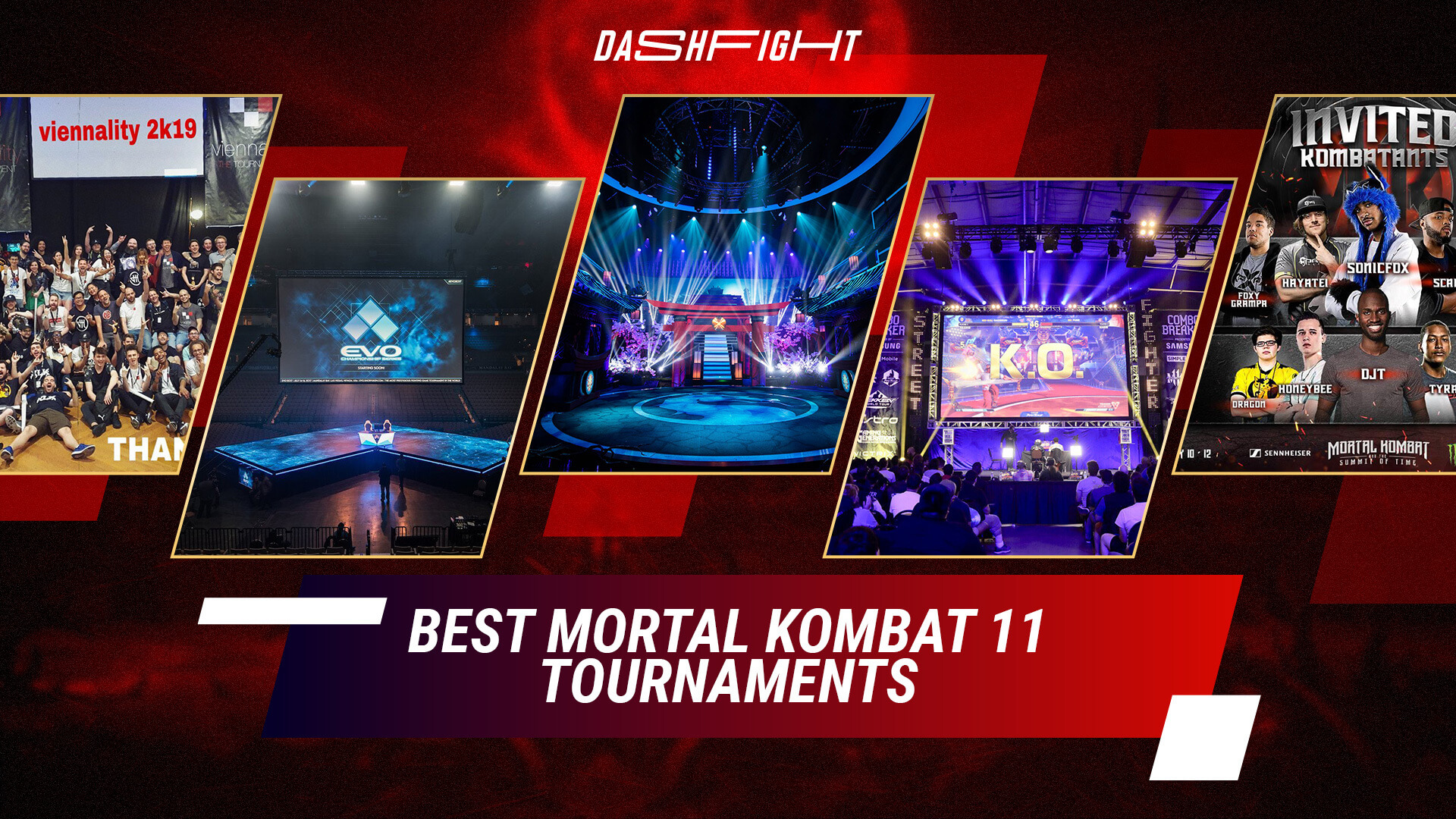 #Longread#WePlay Dragon Temple#Evergreen
If you are on the prowl for the best Mortal Kombat action, you have come to the right place

Tournaments are the lifeblood of fighting games due to their competitive nature and the promise of a prize at the end. Tournaments are also a great way to observe some of the best players in the business and because of that, some of the most hype moments in video gaming history can be found in tournaments.

Mortal Kombat 11 is an incredible game and with a great story, stunning graphics, and some gory fatalities, therefore, it is one of the most perfect games for the tournament format. Veterans to the FGC probably know what tournaments they prefer, but for newbies, they might be confused as to which tournaments to check out. So, with that in mind, it's only fair to list some of the best Mortal Kombat 11 tournaments out there. Let's get cracking!

PS- This list is not ranked meaning there isn't any major competition that is significantly more important than the other.

Combo Breaker is purportedly the largest fighting game convention in Illinois. Established in 2015 after the retirement of Adam Heart's Ultimate Fighting Game Tournament Series, Combo Breaker is a celebration of fighter games and the community that surrounds them. The tournament features several titles including Mortal Kombat, Street Fighter and Blazblue. The 2019 edition of Combo Breaker had a $23,000 for its Mortal Kombat 11 tournament. The event takes place over memorial weekend, so you catch them then. For more info, visit their website.

CEO, otherwise known as Community Effort Orlando is a fighting game tournament that has held every year since 2010 and features most of the prominent fighting games along with a decent prize pool. As the name of the tournament suggests, the ability to institute the event was due to the combined effort of the FGC. As with most competitions, the aim of the event was (and is) to bring together fans of fighter games to celebrate the medium they love. Unfortunately, the 2020 edition of CEO couldn't hold due to the pandemic, but it is hoped that from next year, the Community Effort can rise again. You can check out their activities here.

This is the premier fighting game tournament from New York. Defend the North has been delighting fans since 2014 and is held in the prestigious New Yorker hotel and come up every year in July. Just like many of the tourneys on this list, the 2020 edition was affected by the pandemic, but you can be sure that it would be back in 2021. Defend the North has a clear mission to create awareness about video games in a bid to remove the stigma still attached to the medium. The competition features several games including Mortal Kombat 11 with Sonic Fox winning the top prize in the 2019 edition of the tournament. You can find out more about the 2021 edition of Defend the North here.

Alright, I admit that there is some bias here, but hear me out. The WePlay Dragon Temple tournament is a newcomer into the Mortal Kombat competition circuit, but it has all the makings of an excellent pro kompetition. Not only that, but WePlay has a reputation of putting up some incredible tournaments with great themes that make their events seem much more than just a competition, but a show. It will be held in WePlay's Kyiv (Ukraine) arena which is a prestigious location for a game like Mortal Kombat. There will be 14 contestants who will fight it out in a double-elimination bracket format and a pot of $60,000. With some of the most impressive players ready to do battle, WePlay's Dragon Temple looks set to become an instant classic!

As you can probably guess, Viennality is a marriage between Vienna and Fatality, the former being where the tournament holds (in Austria) and the latter the popular term used in all Mortal Kombat games. Viennality has been around since 2016 and welcomes the top players to the beautiful landscapes of Austria to compete for a large prize pool. You can, of course, learn more about them on their website.

Fighting games have always been about community and many of the competitions we have talked about are events put together by the community to celebrate their love for fighters. VSFighting is no different and is a competition that originated from the United Kingdom and still takes place there every year. Started in 2010, the event has slowly grown from simply an event meant for UK players to accommodate players from other countries. The 2014 edition was the first that had foreign participation and the finals were held in an IMAX theatre. VSFighting is an example of a major tournament that features Mortal Kombat and it has been recognized as part of the Mortal Kombat Pro Kompetition. VSFighting is a product of Electronic Dojo, a UK-based Fighting Games hub and you can check them out on Twitch where they stream content regularly.

Summit of time is an invitational that brings together the top 16 players to duke it out for around $20,000 in prize money. It is also one of the few events that have had only one edition which took place last year. It was put together by Monster Energy Sennheiser and represents the growing involvement of 3rd party companies and entities in the FGC and her tournaments. The first (and only) edition of the competition was won by Sonic Fox (surprise, surprise).

Celtic Throwdown is the premier fighting game competition series in Ireland. That said, the event features players from the world over along with all the top fighting games with very few requirements needed to enter. It was established in 2015 and since then has only grown from strength to strength. The 2019 edition was won by—not Sonic Fox. UYU's Rewind emerged as the winner of that competition and since then has gained infamy as a great player. You can find out more about them here.

And last, but by no means the least, is the EVO championship series. This competition has been around for an age and is rightly considered as one of the biggest around. Before its current incarnation, the competition was first known as 'Battle by the Bay' and has been around since 1996 only becoming EVO in 2002. In the years that followed, the competition has only grown bigger and has featured a slew of fighter games including Mortal Kombat, Skullgirls, and Killer Instinct. Mortal Kombat 11 was featured in the 2019 edition of EVO but was controversially left out of the 2020 lineup. Hopefully, by the time 2021 rolls around, Mortal Kombat 11 will be reinstated and players can only again revel in the games they love the most.

And that's it. Several other tournaments have featured Mortal Kombat 11, but these are some of the most popular pro kompetition tournaments around. So, when planning your tournament calendar, perhaps give a thought to some of the entries on this list.