Cetrion's powers stem from Nature. She can control various elements to her will. Cetrion is regarded as a zoner, preferring to keep her opponents at a distance. She can utilize the elements around her to create various projectile or forge barriers.Know more

How to Play Against Cetrion Guide With Tekken Master 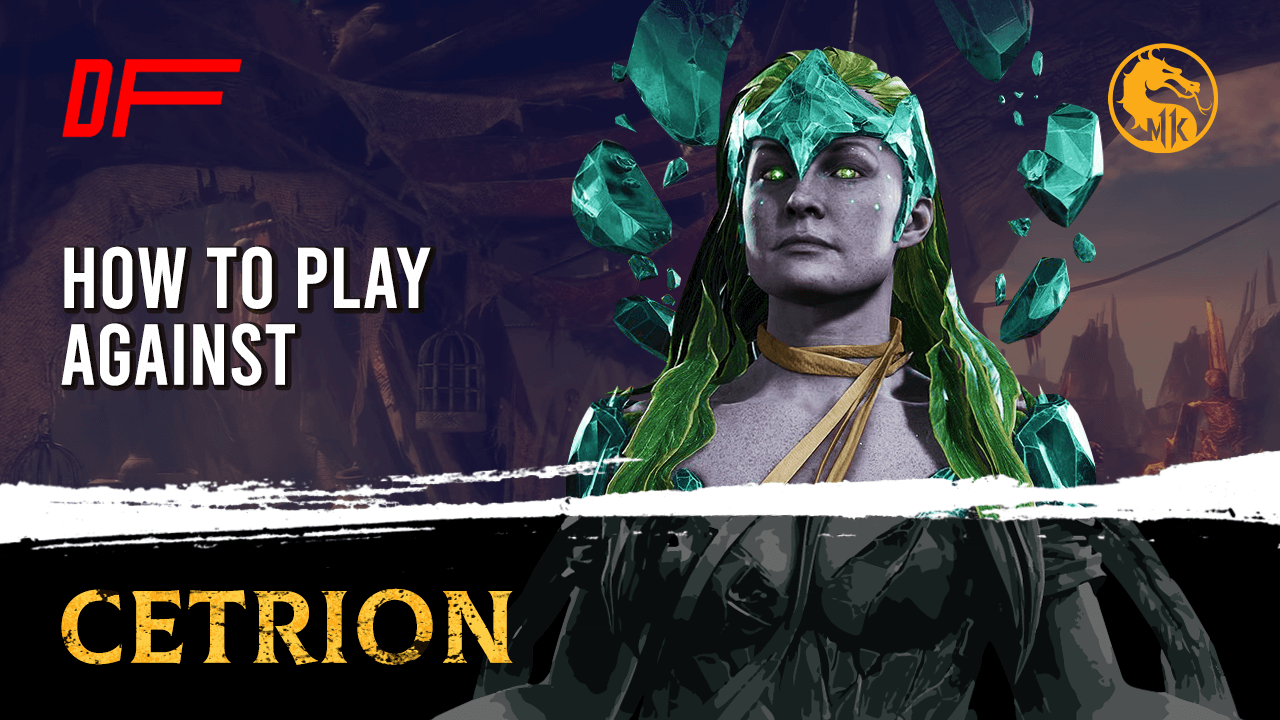 How to Play Against Cetrion Guide With Tekken Master 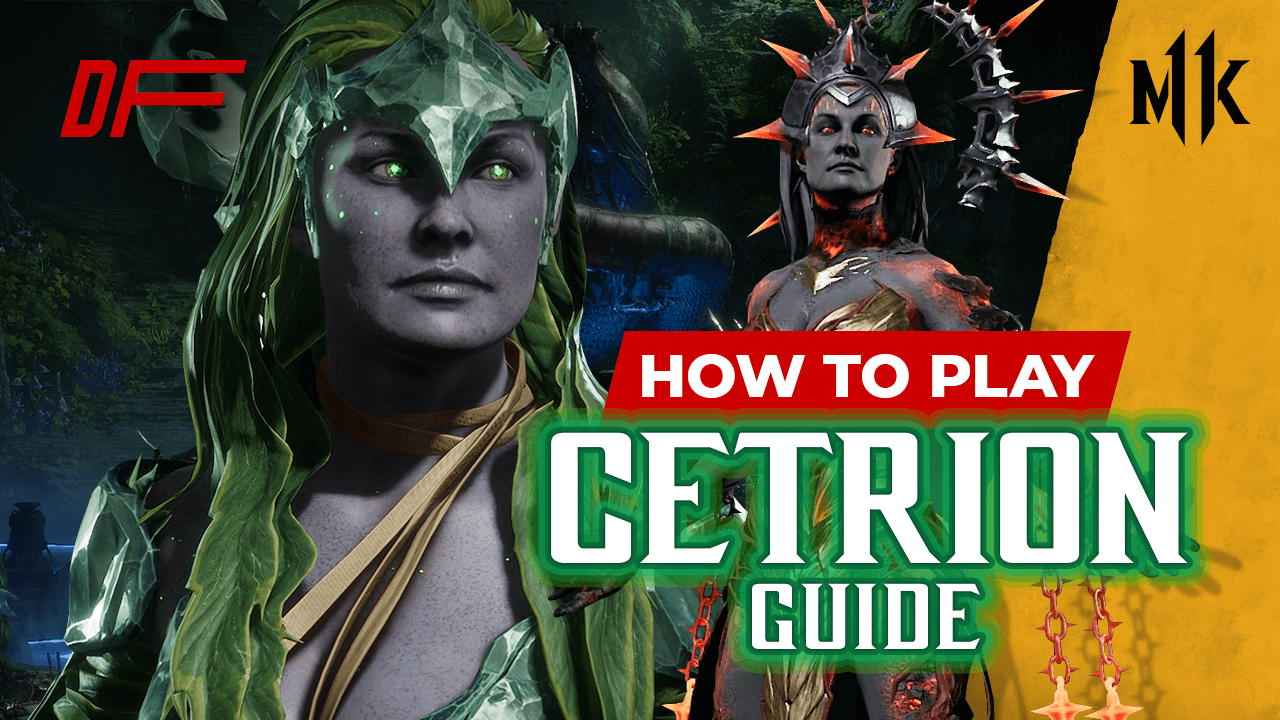 Learn the basics and advance moves for Cetrion from one of North America's best players, Eva.

Cetrion, an Elder God in the MK franchise, is at the center of Mortal Kombat 11's online discussions in regards to balancing and power dynamics. Cetrion has a very dull personality. At least Geras can pass off as a gigachad sigma gridnset 200 grit sandpaper with time powers, but Cetrion? She features extensively in the game’s story mode as one of the big baddies alongside Kronika and has very little to show for it. Ok well, her cosmetics are kind of sick we’ll give her that.

Why is Cetrion HATED? The most hated MK11 character? | MK11 | DashFight

NRS has, generally, been pretty good at coming up with interesting villains that often fall into cartoony over the top campy, evil for evil sake, classic 80s, and 90s material. Or are they actually thoughtful antagonists that have the core narrative ideas that compel us to think “are they really that bad?” One could convincingly argue that Scorpion is a hero or a villain depending on whose side you take, but that is a topic for another time. Do let us know if you want to hear it though by leaving us a comment!

Now Cetrion? Nah, she has a very one-dimensional approach to her problems. Blow them up. Kronika suffers from much the same issues, for all their cunning plans to reset the world to reshape it to her will, they still fall flat and have to rely once again on pure unbridled violence. Which credit to NRS, that is very much in line with Mortal Kombat’s gameplay!

It is unfortunate that one of the first playable Elder Gods in the series is reduced to this. Many argued Cetrion would be a far more compelling character had she remained as a boss, like Kronika, or if being playable is a requirement, then making her a lower god, like Raiden, would have been enough for the suspension of disbelief to kick in and accept that, yeah, she is just like Raiden, working for a greater god and their plans out of a sense of loyalty or order.

Obviously, there is more besides Cetrion’s narrative accolades and in-universe success or lack thereof. She is a character in the Mortal Kombat series, so if there is an aspect, any aspect that we would hope is up to expectations for Elder God it should be the gameplay.

Here she has been one of the most frustrating characters to play against in Mortal Kombat 11 for a long time. Now, that is a highly contested claim, seriously there are a handful of other suitors that would happily slot into that seat, but the one thing that elevates Cetrion is just enough is how consistently good she is in the competitive scene and how predictable it is to see it.

To be clear, we don’t want to reduce her kit here, she is a complex character to play that does require skill to pull off, especially when faced with the best players in the world who are undoubtedly ready to face her. So we want to encourage you to check out Eva’s guide on this character right here on our channel to get a better perspective on things and to realize that for all of what we are about to say, Cetrion is not overpowered or unbalanced.

She is the quintessential zoner and keeps away character. Many of her attacks rely on keeping enemies at a distance and dealing damage with her projectiles and the odd combos to get a life lead. Even when challenged at close range she can still teleport away, granted it means losing both defensive bars, but when the whole point of the character is that she has the ability to keep enemies away, it becomes a little like a get-out-of jail-free card.

Her 1 and F2 normals have a great range to connect the hits when her specials are a bit riskier. Meaning she can still play the same stagger and frame trap games that generally result in frustration, these games are not what most people have in mind when they boot up the game.

A component that makes a fight with Cetrion so hard is the fact that she has many tools to reset the neutral game with. BF4, Deadly Winds, for instance, will reset a fightback to neutral. If that fails you can also do DB1, creating a projectile barrier and potentially dealing some damage of your own and even the chase of a krushing blow and a counter.

Here is the kicker however, she dominates any air approach, one of the most dominant strategies in the game. She has two moves F1 and D3, that solidly put her in contention for one of the better anti-air characters in the game.

To be fair, she is not the best single-hit damage dealer in the game. That does and has meant many players drop victories as they try as hard as they can to land a combo, Krushing Blow, or Fatal Blow to secure the round. And this leads to fights where a Health lead becomes the ultimate priority.

On paper, Cetrion slaps, she is a rather unique character with her keep-away style, and apart from a handful of moves, should be fun to play with, against, and watch all the same. But in reality, that quickly falls through.

Do you see it? The absolute hesitation on how to approach the fight and the end result of it all? It can be fun once or twice, to see the game come to a halt because neither player is in a position to truly challenge the other and a standstill ensues. But for that to be the norm in most Cetrion mirror matches is wild. Tekken Master and Dragon are almost without argument the two best Cetrion players in the world, and they even had to stop fighting for a second to think, “just what do I do here?”

Development for Mortal Kombat 11 stopped a few months ago, meaning the state of the game is very likely to stay the same for the foreseeable future. We can only hope the next NRS title will have more compelling villains, or borrow some of DC’s, it seemed to work last time!