Wolf O'Donnell is the leader of the Star Wolf mercenary group and has a longstanding rivalry with James McCloud, Fox's father.Know more 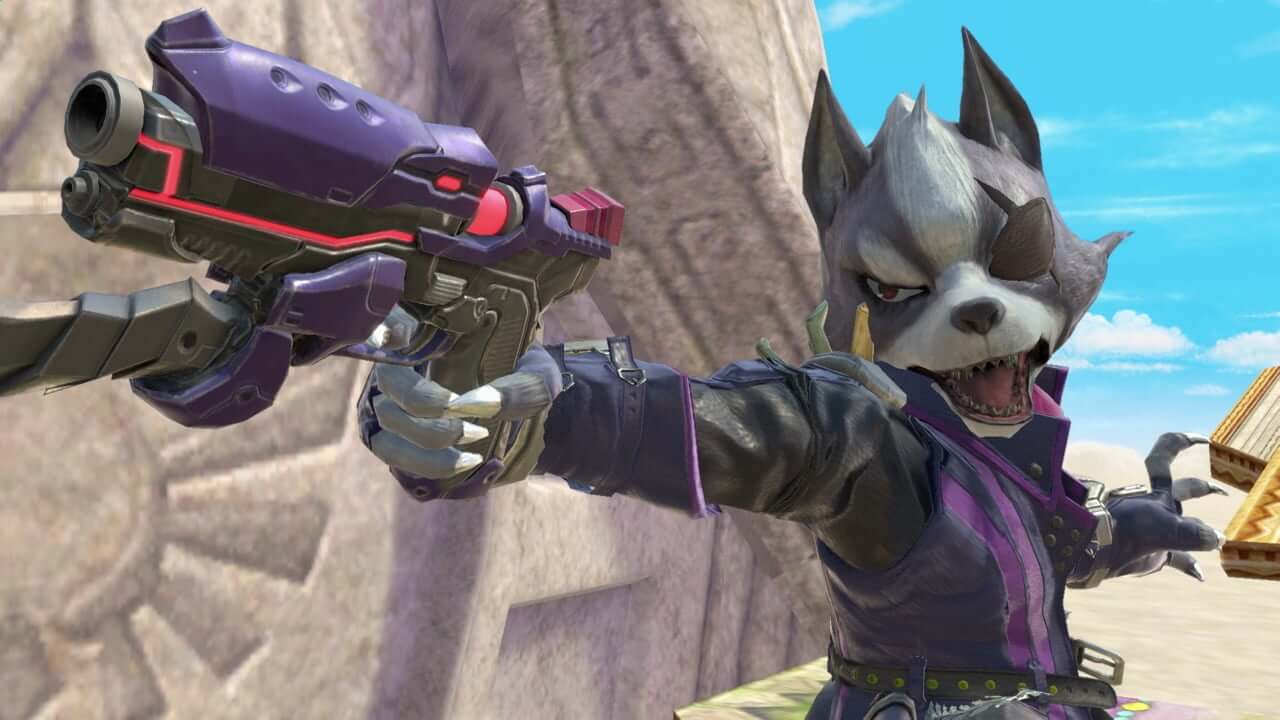 A fan favorite of many from Super Smash Bros. Brawl is now a underrepresented close quarter fighter in SSBU, learn how to master him here!

Wolf is a great all-around character, but it doesn't quite blow other characters out of the stage with as much power as other fighters. At the same time, his failings are few and far between, but just enough to put him regularly lower in tier lists and rankings than you might expect on the back of his utility. His blaster is a fantastic way to control the neutral stage of fights too. The main worry for wolf players is recovery, as he only has two options. Still, Wolf is often undervalued for just how powerful he can be in the right hands.

How to Unlock Wolf

Like every other non-DLC character, Wolf can be unlocked in one of three ways. Through classic mode, with Wolf being the 7th unlock when playing Fox's line. In the World of Light in the mysterious dimension. Or by playing versus matches, of which he will be the 51st character to be unlocked.

Wolf fits in the space left between the other Star Fox Characters. Fox being more of a pressure-based character were as Falco fits in a punishing style of play. Wolf then serves as a versatile mid-close range fighter whose central pivot is his blaster. Wolf players should focus on winning the neutral game quickly. Forward and Down tilt can be especially good in this regard, as their large hitboxes and quick frames help open opponents up for follow-ups. Although his Dashes are not as quick as those found in Fox, Wolf still shows up in the speed department with the help of an above-average ground speed and a top 10 performance when it comes to his mobility in the air.

Wolf's aerial gameplan is also quite solid, relying on a mixture of back and forward aerials, the latter of which can combo into itself and the former can secure KOs once enough damage has been secured. Even with these, Wolf players can face difficult decisions in terms of how to actually achieve victory. Unlike Fox and Falco his side and up spacial lacks the adaptability to be a real option in the heat of battle thanks to their helpless state. Thus, KOs for Wolf more often than not are gathered in the higher percentages of damage. Hunkering down and being able to rack up that damage, however, is a pretty hard achievement for any new player to the character.

The one major flaw in Wolf's kit is his recovery options. Of which there are only two: His side Special, Wolf Flash, and his up Special, Fire Wolf. The aforementioned helpless state after performing them leaves Wolf in a prime position to be edge guarded without much say in the matter. His high falling speed also sets him up to be juggled in combos like Fox and Falco, but unlike them, Wolf's heavier status makes it even harder for him to cleaning escape such moves.

Wolf's side special is a great tool to deal a lot of damage and potentially KO opponents who are unprepared to face it. It can be part of a combo, for example coming out after forward Air. Although the sweet spot itself can be quite hard to land, even just the flat damage will give the Wolf player an advantage in any further fights. It can also serve as recovery since it can be aimed up and down slightly. The one major setback with the move is the fact it renders him helpless ofr a few seconds, so in a recovery role, the move can actually be a death sentence in a tight match.

This move has great flexibility for any player looking for a strong all-rounder. For one, its knockback can be quite threatening once at high percentages, while also not being so much that players escape combos and juggles easily at lower percentages. Range and damage are also on par with most other characters, giving it the versatility to put pressure on enemy shields and intercept aerial moves. To boot, it can be angled slightly down to catch pledged opponents, though this is a bit riskier.

Forward tilt, Down Tilt, Down Smash, and Dash Attacks are all straightforward ways to punish opponents who whiff in their attacks or who simply have high-end lag moves. In general, Wolf has a lot of quick burst punishing moves to catch opponents missing their spacing. You might not have too many ways to bait opponents into doing such mistakes, but you will for certain have ways to exploit them when they appear. If you had to pick, landing good Down Smashes is best, but of course, winning then neutral with simple moves can be far more important.

Recovery is where Wolf loses a lot of fights, a rarity for an otherwise strong character. Edguarding him and making use of his fast fall speed to combo him into high percentages is a common way to deal with him. Worth noting that outside of a handful of attacks, Wolf lacks any real KO threat that comes out lighting fast. Many require a little bit of setup to properly land, so if you see a Wolf player let off the gas in pressuring you, then it might be time to either put on the damage against them or be ready for some Dash Attacks and Side specials. Generally, Joker, Pikachu, and Roy, are good picks against the furry fella.