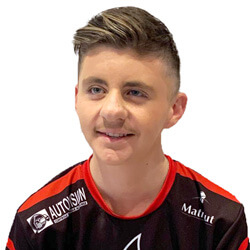 At the Red Bull DRAGON BALL FighterZ World Tour Finals held at Paris in February 2020, he won 7th place in the with an 80% set win rate after losing his matches against Kayne and OBAssassin.