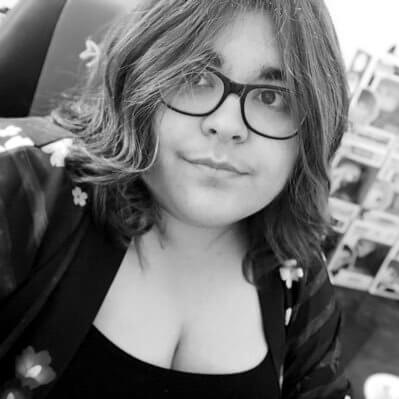 Stephanie Diaz, otherwise known as "Saki Sakura," is a Competitive Gamer, Tournament Organizer, and Streamer who is partnered with Team Dynamik Focus.

She served as TO for several tournaments including Brutality Bowl: MKX Online, Caged Vendetta's, Into the Shadows, Kombat Island 3, Resurrection of the Gods: Injustice 2 Tournament and Island Academy's Puerto Rican Top 8 Invitational Tournament hosted alongside the founder- Herbz.

Saki also produced and organized The Queen of the Hill Series. The idea for the Tournament was introduced by seisaji while the tourney was powered by the ValkyriesOrg, Team Dynamik Focus, Combo Queens, and Quarter-Up Esports.

She provided commentary at Summer Jam 21 for MK11 and has competed at tournaments including Atlantis CGL PS4 Qualifiers, GFuel Energy Games: Mortal Kombat 11, Kombat Cup: Road to LCQ, Konsole Kombat League, THE FREAKSHOW(2vs2), The Kolosseum, and The Pit: King of the Kytinn.

At Tampa Never Sleeps 8, Saki Sakura won 7th place with a 67% set win rate after being defeated in matches against Mirage and Herbz. She also ranked 13th in SamSho and 33rd in BlazBlue CTB.

Check out Saki Sakura's Twitch channel where she also streams games like Genshin Impact and Swimsanity!