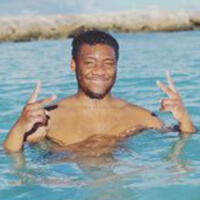 Isaiah "pooka" Henry is a fighting games player from the United States, who appears often on local and regional events and tournaments since 2019, mostly as Street Fighter V player. He also performed at Dragon Ball FighterZ tournaments as well. His most notable appearances were on CEO 2019 Fighting Game Championships and DreamHack Anaheim 2020.