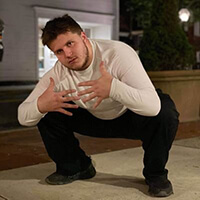 Lucas "Lagis" Cuitino is an American Smash Ultimate, Melee, and former Wii U competitor from New Jersey. He notably appeared at Super Smash Con 2017, Let's Make Big Moves in 2018, Fireside Open in 2018 and 2019, and Scarlet Classic V. To watch him play, check out his Twitch channel.