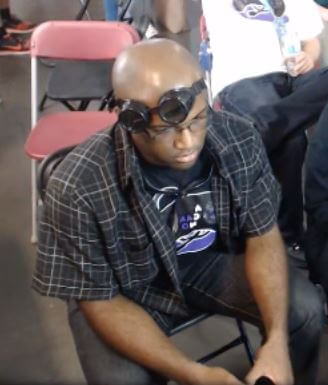 Kyle Flournoy "K.I.D.Goggles" is an American Super Smash Bros player from New York. He mains Sonic in SSBU, SSB4, and SSBB, Ganondorf in SSBM, and Mario in Project M.

K.I.D.Googles attends tournaments with googles on his head as a nod to his namesake and often partners with PikaPika! for smash doubles.