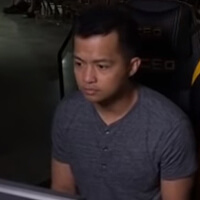 GLB could be called an experienced player, as he appeared at pro stage at Frosty Faustings VII in 2015 and took 3rd place in a Street Fighter IV tournament. Then there were a bunch of other events and tournaments he took part in, such as EVO 2017, which he ended ranked 129th, and four Frosty Faustings in a row since 2017, where he always reached at least top-20.