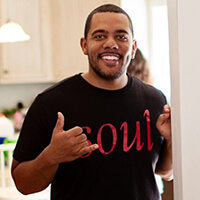 Jeffrey "Boomi" Allen is a fighting games player from the United States. He has tried his hand at different fighting games including Samurai Shodown, Soul Calibur VI, and Super Smash Bros. Ultimate but mostly known as a Street Fighter V player.

He is also a developer of cloud-based web applications. Follow Boomi on Twitch.