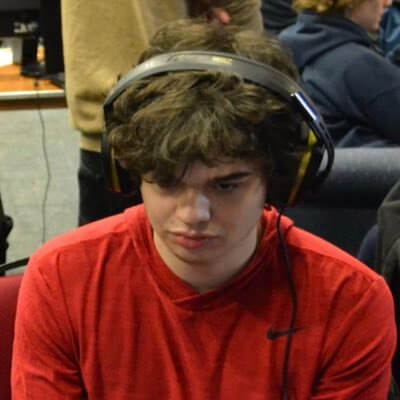 Aryeh used to go by the gamertags "Boundy" or "Earthboundy" and is a studying Political Science for his undergraduate degree. He mains Ness and Snake in Ultimate, but only Ness in Smash 4 with Lucas as secondary in both games.

Ranked 14th on the Philladelphia Power Rankings for Smash Ultimate, Aryeh has an overall set count of 66% and is a regular at DNA: Ultimate Season and Fusion: The Weekly. He has teamed up with smasher like Dyla, Spiro, and Vailskibum94 for ssbu doubles matches.

At Fireside Open 2019, Aryeh ranked 13th after losing to Dylan in the winners semi-finals of Pool B1 and to Sync in losers round 2 of the final bracket.

He was disqualified from other tournaments such as Battle For The Eat 2019, Collision 2019, and The Cosmic Kerferffle.

Take a peek at his Twitch channel here.