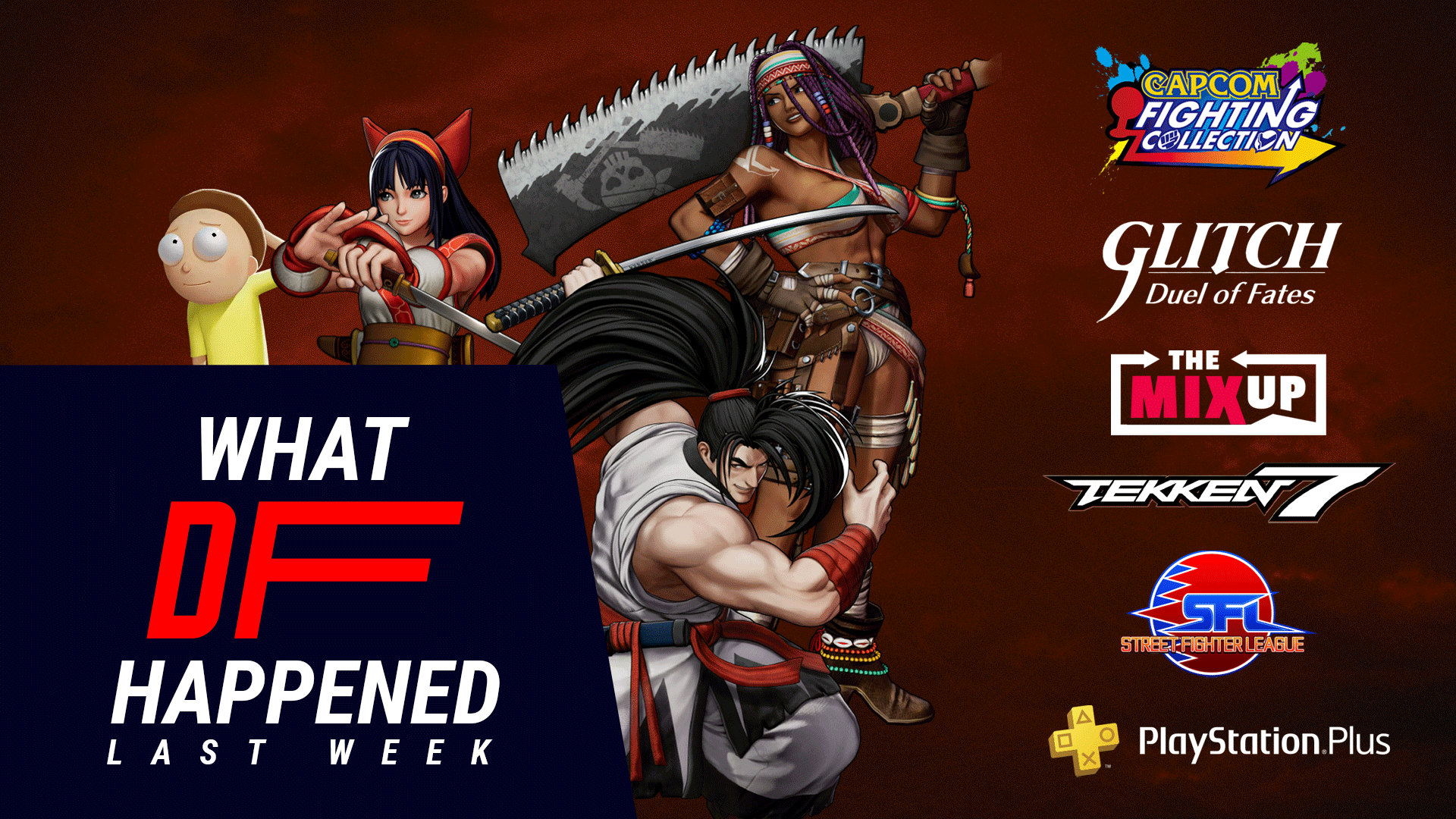 Another busy week in the fighting game community, meaning here's another weekly digest from DashFight to bring you up to speed in case you missed something. Sit back and enjoy!

All ownes of Capcom Fighting Collection received a free update with numerous quality of life improvements and various cosmetic additions, including WiFi indicator fro opponents, visual filters, and so on. Check out the update's trailer down below.

Last week MultiVersus received a fresh 1.03 update, alongside with Rick Sanchez from "Rick & Morty" animated series finally joined the roster of playable characters. The update also featires numerous balance changes, so be sure to check out the official patch notes.

Last week SNK published a trailer for the next team of fighters to join the roster of King of Fighters XV. Team Samurai introduces Haohmaru from Samurai Shodown franchise, Darli Dagger, and Nakoruru. The release of the DLC is set for tomorrow, October 4th, but for now you can enjoy the official trailer down below.

Capcom released a trailer dedicated to the upcoming start of Street Fighter Pro League EU. It will be the first installment of European Pro league and it will begin on October 10th.

Another update for Tekken 7

Another balance patch is coming for Tekken 7 on October 4th. Bandai Namco is clearly trying to polish the game as much as possible before moving on to the Tekken 8 developement and support.

Registration for the next instalment of Smash Ultimate major, Glitch: Duel of Fates, is now open and will last until January 4, 2023. The event itself will take place on January 13-15, 2023, in Laurel, USA.

PS Plus offers in October include Injustice 2

Starting October 4th, every PS Plus subscriber will be able to download and play Injustice 2, a renown superhero fighter by NetherRealm, for free. A great chance to try out this gorgeous game which still deserves attention.

During the weekend The MIXUP 2022 - Round 4 took place in France and featured 12 fighting game tournaments. You can check the full results on the event's start.gg page.

That's a wrap! Stay with DashFight for more news regarding all your favorite fighting games, players, events, and characters. Be sure to check out our YouTube full of guides by renown players and other informative videos, and if you enjoy the content, consider becoming our patron with ad-free surfing and a chance to win a coaching session with a pro. Have a good one!