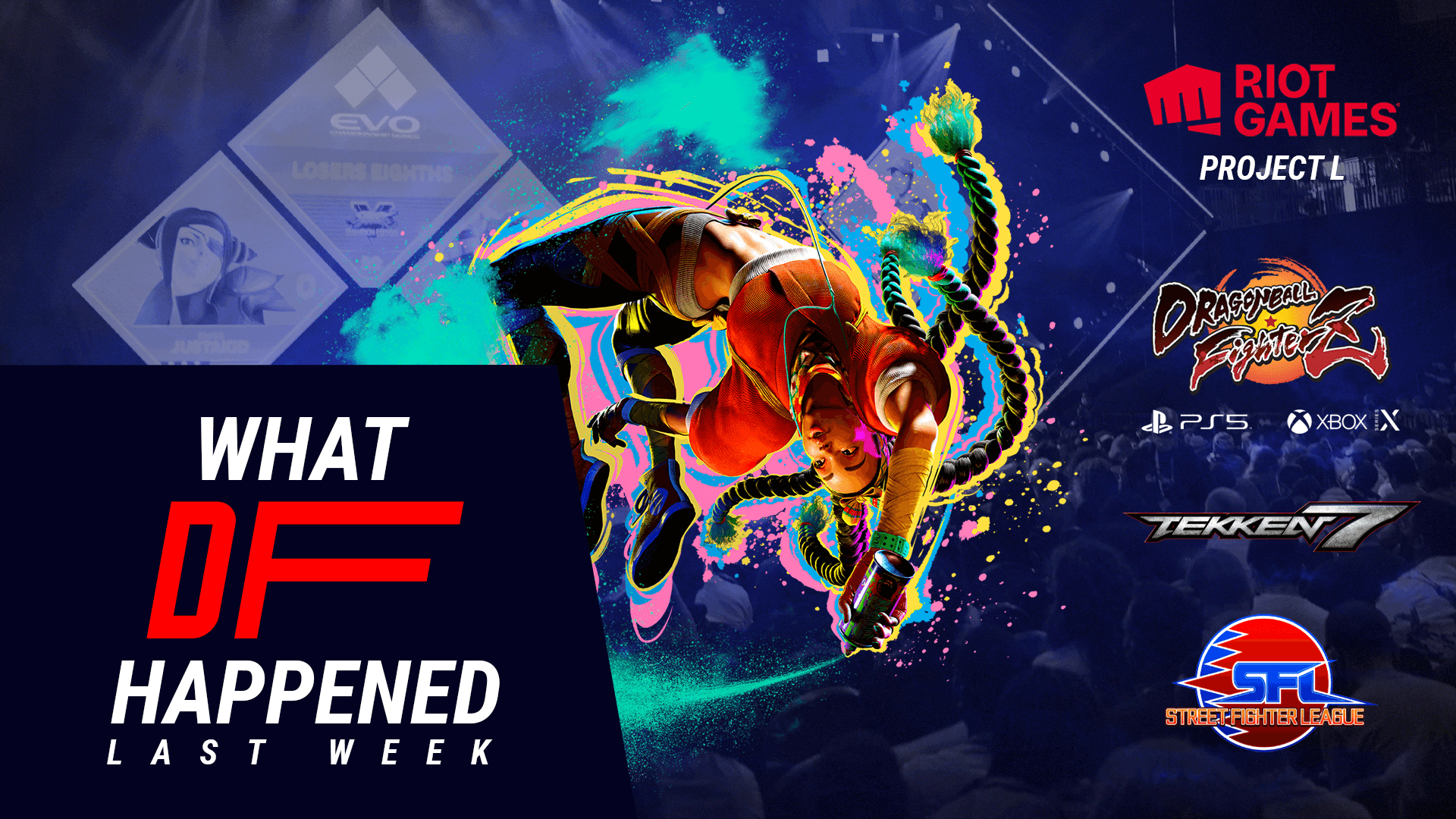 Evo and all the other notablee stuff from the last week in FGC.

Last week was Evo week, we all know that, and everyone understands it stole the show. However, besides the world-class fighting game performance, there were quite a bunch of interesting news and announcements, and we're here to tell you about all of that. Sit back, scroll down, and enjoy the newsfeed.

However, if you for some reason missed the main fighting game event of the year, here on DashFight you'll find a buck of newspieces regarding the convention, including results and recaps of the main stage tournaments. Also, you can find several interviews right from the arena in Las Vegas on our YouTube channel, made by our team and hosted by Jammerz himself.

Right after the grand final of Street Fighter V Evo tournament, there was an announcement of two more characters to join the roster of the upcoming Street Fighter 6. Alongside Juri, who's familiar to all SF fans, a completely new character has been introduced - Kimberly, a stylish girl from the U.S. You can enjoy the trailer down below.

Also, Season 5 of Street Fighter League has been announced with a trailer. This year, it will take place in Japan, North America, and Europe, with a global final at the upcoming Capcom Cup.

At long last, Dragon Ball FighterZ players will be able to have a proper online experience in their favorite game, since a rollback netcode is coming to the game in the near future. It was announced right after the grand final of the DBFZ Evo tournament and recieved a lot of positive feedback right away, which is not surprising at all. However, it seems like the update will come only for current gen consoles and PC, since there were no mentions of Nintendo Switch and PS4/Xbox One versions in the announcement.

Now is definitely a good time to be a Tekken fan. Right after the Evo tournament, a new free gameplay update has been announced for TEKKEN 7 alongside a mysterious teaser trailer showcasing some footage from the past Tekken game shifting into a modern-looking Kazuya, smiling into the camera. Well, someone called it an announcement of the announcement, because most likely we can expect some big new regarding the next Tekken title in the near future. Get ready!

Last week we received another small portion of info regarding the upcoming fighter from Riot Games, code-named Project L. As it was presumed, the upcoming game will be free-to-play, just like the other Riot titles. Down below you will find a short video about what's been done since the previous update. And here you can read a lengthy version of what's actually going on behind the scenes of the development.

That's a wrap-up for today. Stay with DashFight for more news about your favorite fighting games, players, events, and characters. And in case you enjoy our content, consider becoming our patron and be rewarded with various benefits like ad-free surfing or a chance to win a coaching session with a pro. Have a good one!