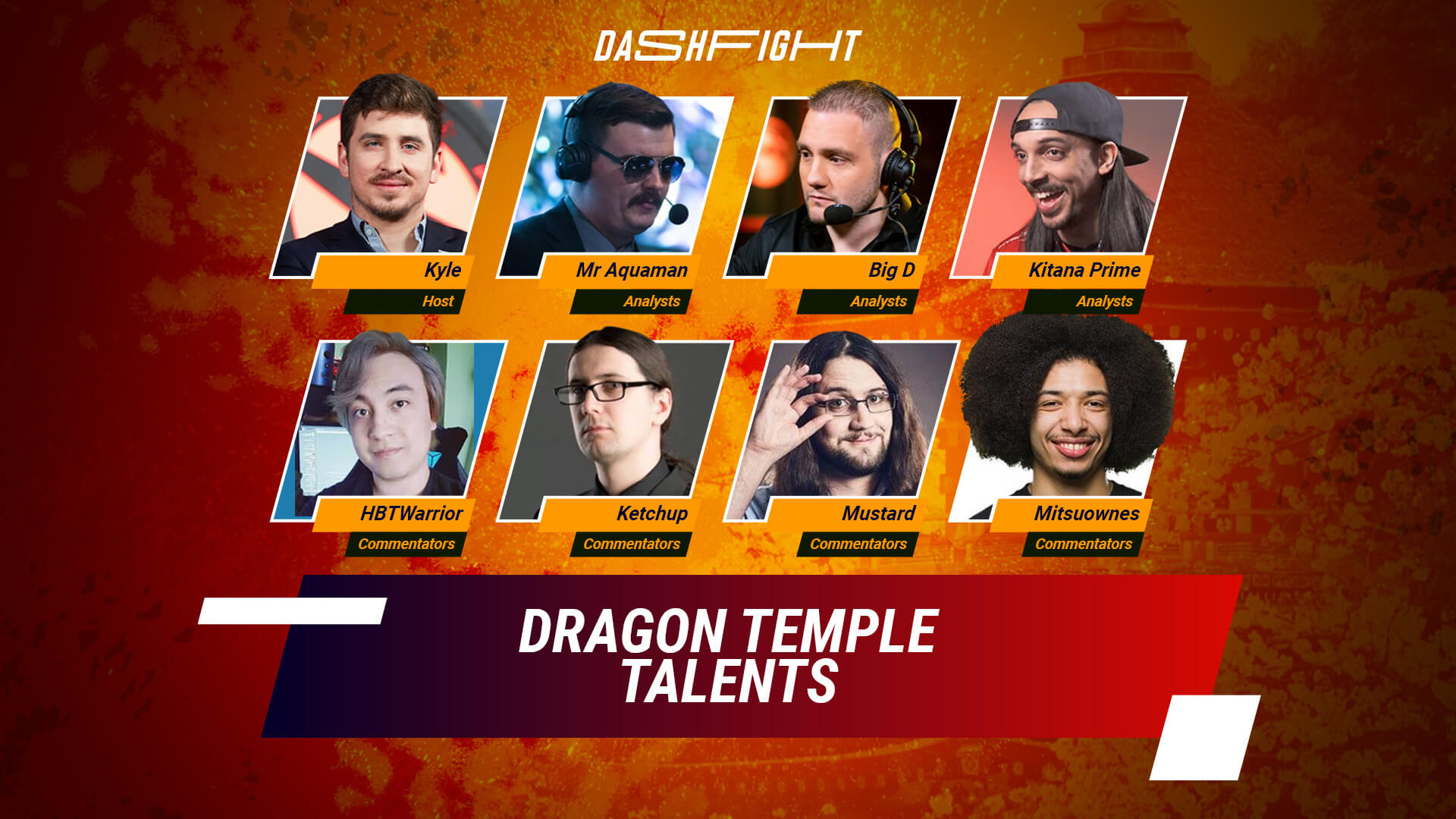 #WePlay Dragon Temple
Witness the list of talents to host, comment, and analyze matches for the upcoming MK11 LAN event

Many people in the community already anticipate Dragon Temple - offline events are quite unusual now. The hype level has become even higher after the reveal of participating players.

And now, we would like to share a bit more info with you, guys. We are proud to confirm that these awesome people will be broadcast talents at WePlay Dragon Temple. So, behold!

Wow, it’s hard to believe but WePlay Dragon Temple becomes even more interesting. Is this the 10th of December already? You can watch the matches on the official Twitch Channel.

Please stay tuned to DashFight on Twitter, Facebook, and Discord. Our fighting portal is the media partner of this tournament, so we will be sharing all the news from the center of events.