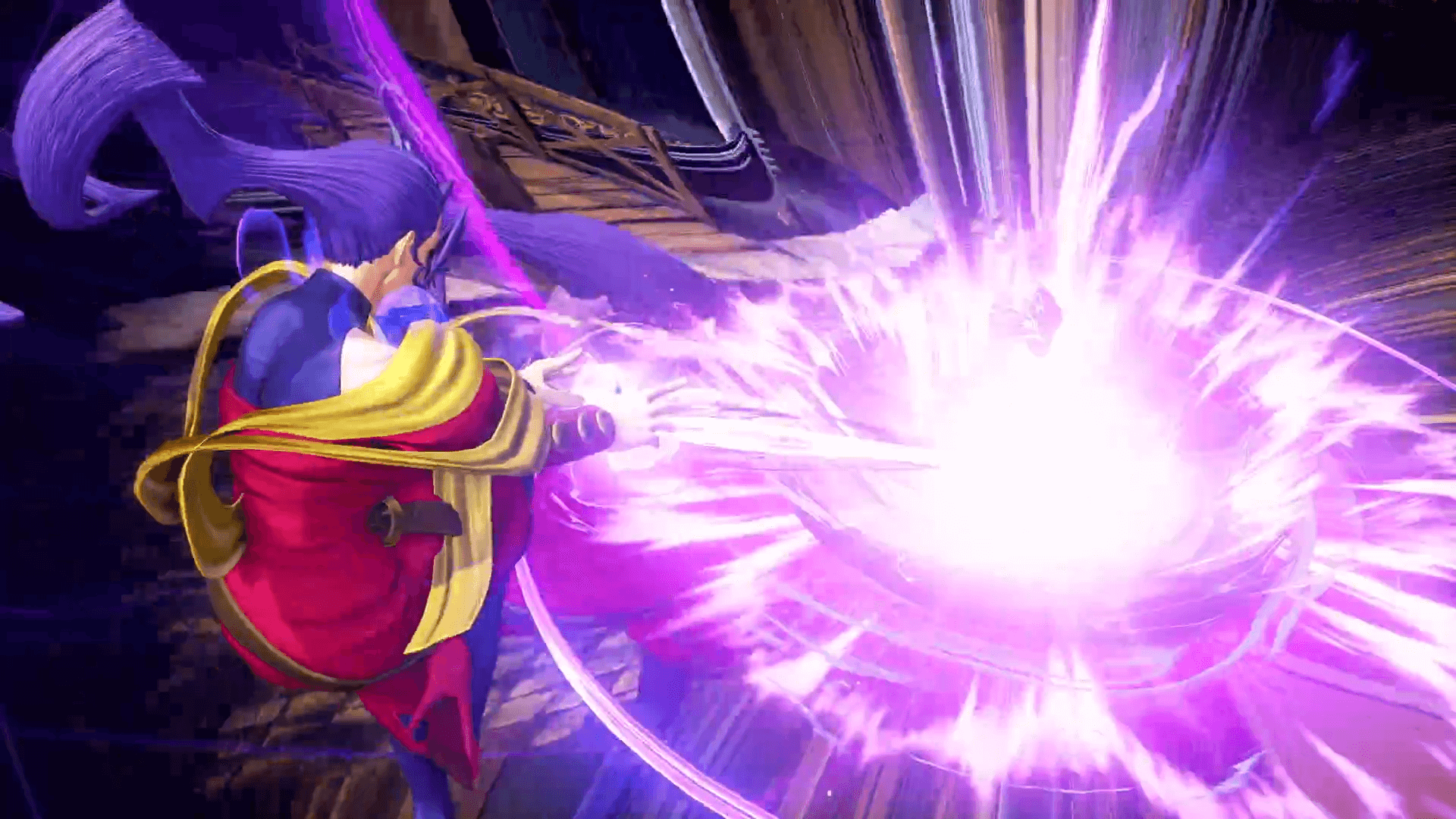 Images courtesy of Capcom
#News
Check out all that was shown in the latest development stream of the game, which included a detailed look at Oro's and Rose's V-systems

Today Capcom held another of the short but exciting developer update stream for Street Fighter 5. This time, the stream's main focus was to look at Oro's and Rose's V-System and how their unique style from previous entries in the franchise would be adapted into the game.

The 130-year-old Hermit first shown in Street Fighter 3 gets a new set of moves as well as his old ones, and in particular, he will be able to perform his famous double jump. Also, and maybe the most important detail, he will fight using his pet turtle. Adorable.

Next, it was time for Rose to show what she would be bringing up to a fight. Which seems to be a set of Tarot Cards with different buffs and nerfs. She has four cards that she can cycle through and either buff herself or inflict a debuff on her opponent. The cards are:

These last two are applied to her opponent even if they are guarding against it.

Her V-Trigger will allow her to teleport to three different locations on the screen. Back, Up, or into her opponent. The move can also be cancelled. Her V-Skill allows her to cast up to two orbs that will orbit around her, which she can then throw toward her opponent and use as projectile block or damage dealers. But they do have a long cast time, leaving her exposed.

Finally, her V-Trigger II allows Rose to create an illusion version of herself which will follow her moves at a small delayed timing, allowing for a little bit extra damage, but more importantly, new possibilities for interesting combos.

When Can you Play Rose in Street Fighter 5?

April 19. As it was announced on stream, she will be made available in about a week's time on Monday the 19th.

A Sneak Peek at Akira

One of the last items in the stream was new footage of another character coming into the game in Season 5, Akira. Though her development is progressing rapidly according to Capcom's comments, they are still not ready to show much more of her. But they promise they would do so at the earliest possible time. They also had a small little post-credit scene with her, check it out!

Stay up to date with all the news about Street Fighter 5 and other Fighting games by following us on Facebook and Twitter or join our special Discord server to meet other players from the fighting games community. Tell us your opinion about this on our Forum!