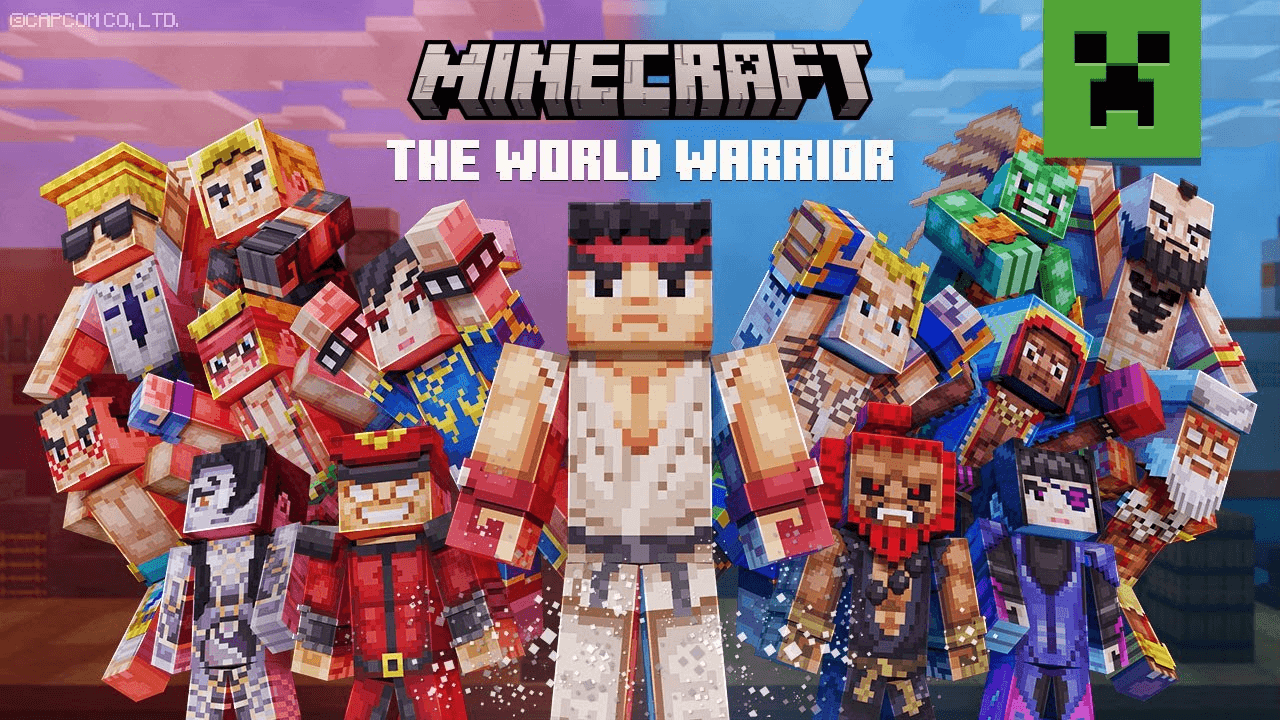 The Street Fighter franchise is legendary in gaming. It has quite a few well-recognizable faces, and many other titles are happy to have such guests. In addition to Fortnite,  Fist of the North Star LEGENDS ReVIVE, and most recently Brawlhalla, there will be two more games featuring a crossover with Street Fighter: Minecraft and King of Fighters All Star.

King of Fighters All Star is a free-to-play beat 'em up role-playing game. It’s available on iOS and Android. The PC version is currently in beta testing. The game announced a crossover event with Street Fighter characters on its official site. The Collab Fighters page has info on Ryu and two versions of Chun-Li, and there also are three empty slots. Pre-registration starts on March 15, but you can get your Street Fighter V Collab Eve Coupon with 500 Rubies right now, here.

In 2021, King of Fighters All Star featured characters from Guilty Gear Xrd Rev 2 and Dead or Alive 6.

And Minecraft is a place for all sorts of heroes! It’s great to see Street Fighters joining this party.

We at DashFight love all sorts of collaborations between gaming universes — among fighting games and beyond. One of the recent cool crossovers is Brawlhalla x G.I. Joe.