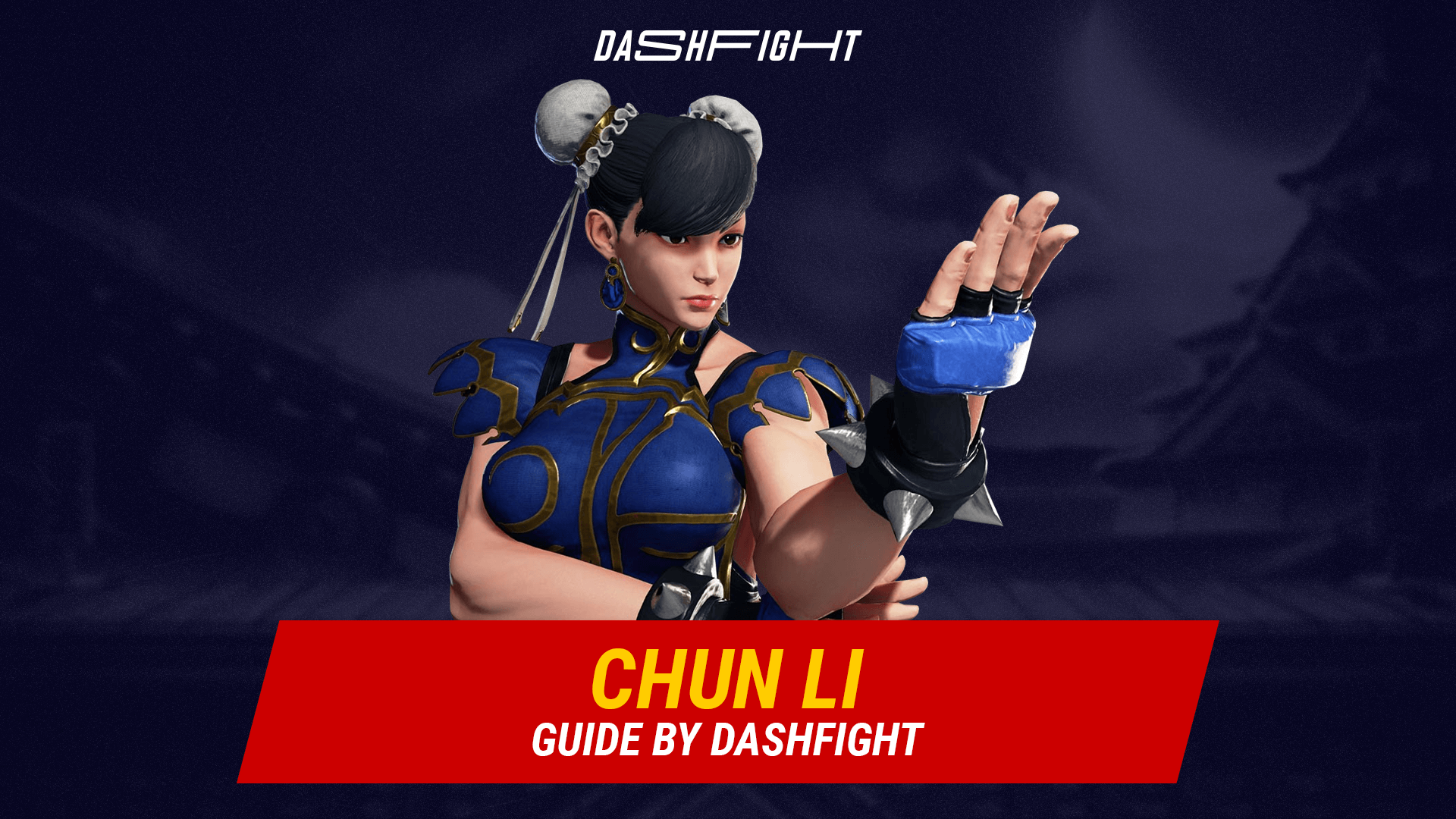 #Guide#Evergreen
The best martial artist in the world. Learning how to play Chun Li: basics, combos, tips and tricks

Chun-Li is one of the first-ever strong female characters in the history of games, not a stereotypical “girl in a trouble”. She originally appeared in Street Fighter 2. For some time, the developers could not decide on her fighting style: they removed specific strikes, introduced new ones, then returned everything to the original state, and then reinvented her again. But there were two things with Chun-Li that remained unchanged (not her legs): a storm of kicks and unique charisma.

There’s one thing that all Street Fighter players will agree on: Chun-Li is one of the strongest (if not the strongest) characters in the game. And in this guide, we will try to tell you how to play Chun-Li including easy combos and tips.

Chun li was born in China and was raised by her loving father, Dorai. She grew up as an avid fan of martial arts having been introduced to Bruce Lee at an early age. Soon, she was training in martial arts, but soon grew disillusioned as the reality wasn't anything close to the graceful movements she had seen on TV. However, thanks to her father, she did not give up and he trained her. She became a proficient fighter especially with her legs and her love for martial arts made her seek to expand her horizons beyond just on style. Therefore, she is versed in disciplines such as Capoeira, Tai chi, Taek-wan-do, and so on.

She lived a pretty happy life until her father's disappearance. She was unable to find him and this drove her to join Interpol at the age of 18. Once there, she soon proved herself to be an incorruptible agent, tracking down powerful organizations such as the notorious Shadaloo which even had some of Interpol's top officials in its pocket. She would eventually learn that her father was dead and his murderer was none other than M. Bison, one of the most notorious criminals in the world. Driven by a righteous sense of justice, she sought to bring down the organization that brought her so much grief. On her journey, she met with allies such as Charlie Nash, Guile, and Ryu and even after ruining Bison's plans on more than one occasion, Chun li continued to work with Interpol, catching bad guys and bringing down evil entities.

Playing Chun-Li is very simple: just go in and strike, better with your legs. Her simple gameplay and universality are why professionals love her. Chun-Li can fight at a long distance, can break an opponent point-blank; she is quick and prefers to do ten quick kicks rather than one heavy but very powerful one. Chun-Li can counteract air attacks; she also can push the enemy into corners well. Yes, her combos require memorization and honing for many hours, but such effort pays off very well. She has a large arsenal, so it remains only to understand when and what to use.

This skill is used to zone opponents. Note that the versions travel distance differs: Light travels more but slowly, Heavy will go faster but little. Chun-Li’s Kikoken combo is not very good for ending the combos. Also, its EX is not pretty good, so don’t stick to it.

Hyakuretsukyaku will be your very main. Also, it’s Chun-Li’s trademark and signature move. Air version is great because Chun-Li won’t need to jump to the highest point to start and will perform it faster.

Spinning Bird Kick is a very important strike. SBK is great at ending combos because it will stun your opponent in the end, so you will have time to recover (besides doing a huge pile of damage).

Chun Li prepares to fight in a new martial art pose. Now you can see blue energy shining and whirling near her, which means Chun-Li's V-Trigger is ON. It will last for 16 seconds.

All in all, her V-Trigger boosts every attack Chun-Li has. We mean, every: normals, specials, and uniques will be buffed in very specific ways. Moreover, Chun-Li's Medium attacks will do 2 hits, and Heavy attacks will do 3 hits. Also, obviously, her damage will increase hugely, as well as her frame data.

And a decent Chun-Li combo for V-Trigger:

Chun Li’s V-Trigger, Renkiko, turns her into an unstoppable locomotive. You can perform heartstopping combos, do a lot of different frame-traps, can push the enemy into corners and just destroy them.

How to play Chun-Li?

Our Chun-Li guide can help to learn how to play. It's quite simple: use your footsies, attack and be aggressive, push and be prepared to catch counters. Chun-Li has strong counter airs and she moves fast. Her combos are your main weapon so just hone them on training grounds and everything will be fine.

Chun-Li's combo list is huge. Read, learn, and practice — only this way you can win!

That’s it! Thanks for reading and remember: practice makes perfect!