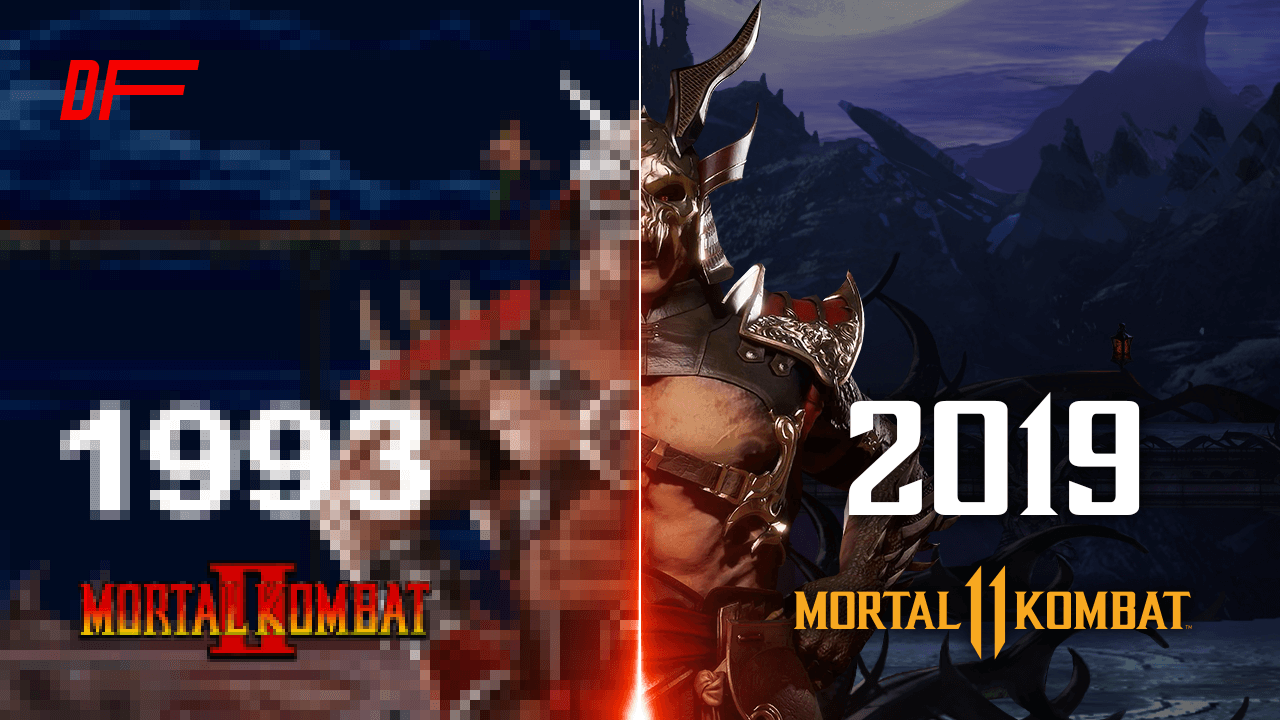 Let’s talk about Mortal Kombat's conqueror of the Outworld, Shao Kahn. If you were born in the early nineties and are even tangentially interested in the fighting games, chances are you have heard about him and most likely even faced him. But how has he evolved over the years? Dillon talks about Shao Kahn’s graphic evolution from 1993 to 2019 in this new DashFight video.

The Outworld Tyrant has been the staple of the Mortal Kombat series ever since he first destroyed the players at the arcades as the final boss in Mortal Kombat II. His budget He-Man man attire, thick shoulders, and dancing man’s hips are a look that has remained mostly unchanged since 1993. This iteration of the character had iconic spiky shoulder pads and a cross-chest piece. Big and strong, he, however, still looked like a human being.

Moving into the world of 3D games gave NRS free reign to create more unique character models. Goro, for example, became almost a Hulk-sized beast. Shao Kahn himself also hit the gym and brought his musculature up to an almost superhuman level.

After the franchise was rebooted, Shao Kahn mostly returned to his vaguely human proportions while still being intimidating with his attire, prominent six-pack, and mean-looking eyes behind his helmet.

In the latest Mortal Kombat entry, though, Shao Kahn looks a little bit different. He lost his cross-chest piece, and his body proportions grew once more into something surpassing most normal humans. Moreover, all around his torso and on his arms, he has some kind of corrupted skin, reminiscent of the Tarkatan mutations. After all, he’s known for experimenting with DNA sequencing, as shown with Mileena’s mutations.

What do you think about the changes the emperor of the Outworld went through all the generations of games? What is his most iconic look for you?