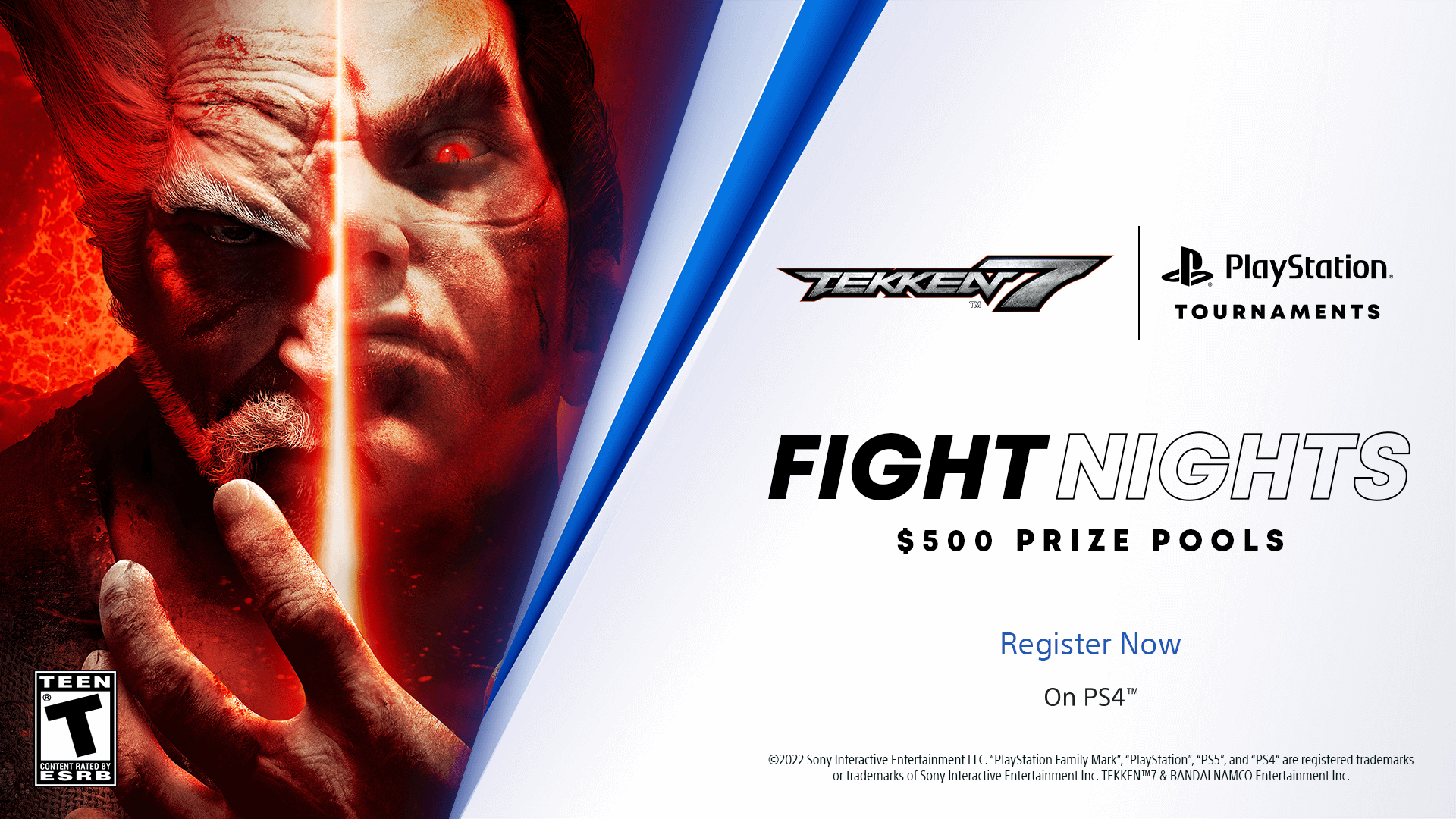 #News
Such tournaments are a convenient way to test your skills in a top-level competitive environment.

Fighting games offer players quite a few layers of immersion. On the surface, we all have casual matches “for fun” with friends, online and offline. Somewhere very deep, high-class esports professionals participate in such events as Red Bull's Golden Letters and demonstrate mind-blowing miracles in their respective games. And yeah, there are a lot of layers in between — we at DashFight love to highlight those intermediate steps that help amateurs grow into pros.

PlayStation Tournaments is pretty much a perfect platform for this purpose. You just need to log in to it on your PS4 system and then join one of the tourneys. Many fighting games have events here. For example, in April 2022, PlayStation Tournaments hosted esports matches for Under Night In-Birth Exe:Late[clr], Soulcalibur VI, Tekken 7, and Mortal Kombat 11.

Not all of these tourneys have official streams, but some of them do. Let’s take a look at the recent Tekken 7 Final for the EU and NA regions.

KiraKira fell into the Losers bracket after a match vs K-TOP. But then he defeated the same opponent in the Losers Final to face Edddyy. KiraKira managed to reset the Grand Final, and despite Edddyy changing the character and being pretty strong in the second match, KiraKira won the tournament in the very last round. Congratulations!

moy-kusanagi had two clear victories in the starting rounds of the tourney — before facing ArmaKu in the decisive Finals. Their last fight started as a match of two heavy-weighted: Ganryu vs Bob. But then, ArmaKu switched Bob to Kazuya and started dominating. For a while, it seemed like he could reset the Grand Final. Still, moy-kusanagi made a similar move and took Hwoarang. After a period of adaptation, moy-kusanagi brought the match (and the tournament) to the final round and won it. Congratulations!

Reaching the Final at such PlayStation Tournaments is quite an achievement, as you meet super skilled opponents. These challenges definitely help you grow as a competitive player — and perhaps pave your path to an esports career. Who knows, maybe this experience will take you even to Combo Breaker 2022.