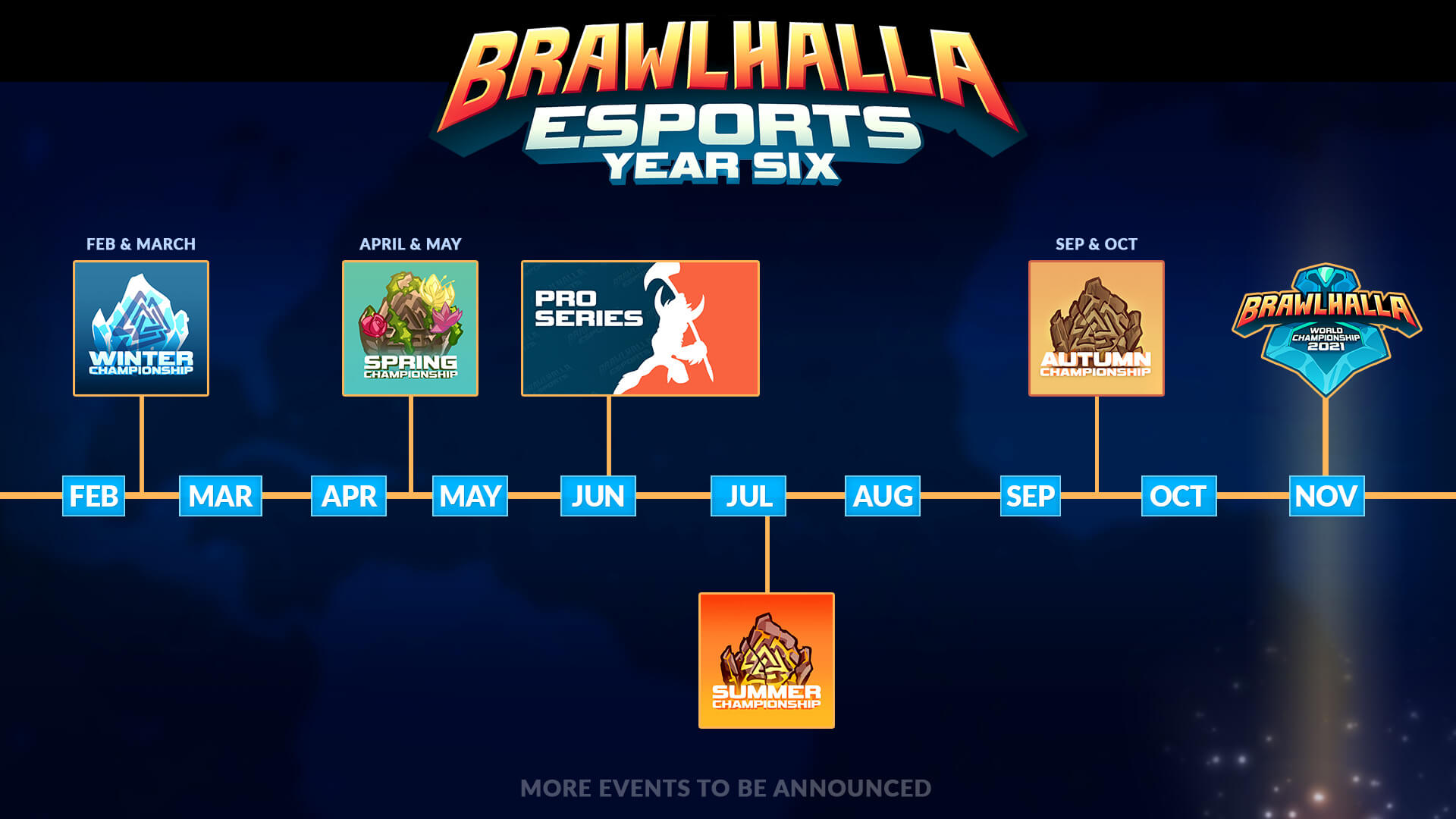 Brawlhalla is a free-to-play platform fighter not unlike the Super Smash Bros. series. Released as an independent game in 2014, the developers have since been brought under the Ubisoft umbrella. After the Inquisition, Brawhalla has seen a quick and steady growth, which included crossovers with various videogame, comic, and TV series.

Another major factor in the game's rise to popular FGC spaces is its cross-platform availability across all consoles, PCs, and even mobile. The game's developer, Blue Mammoth Games, has long been fans of the competitive fighting games community and throughout the years have slowly integrated more and more key community figures into the development team. Including their acting esport director David ‘Foda’ Kisich, who was once one of the most important players, organizers, and community figures in the scene.

So, for the sixth year of competitive play, there will be a six-figure prize pool spread across all the marked events in the Brawhalla competitive calendar.

An interesting detail to note of Brawhalla esports is that the most successful player in its scene is also a smasher. Stephen \"Sandstorm\" Myers tops the rankings in 1v1 and is also considered one of the top 5 best players in the game's history as a whole. So although the communities of SSB and Brawhalla might not be very interconnected, there is a definite overlap. And with the news of a prize pool that far excesses that of any year for Super Smash Bros. SBB players took notice, including Team Liquid member and \"King of New York\" Samuel Robert \"Dabuz\" Buzby.

Dabuz already had a stream today going over the basics of the game with his chat and even some Brawlhalla pros who came by his chat.

Another highly notable player from the SSB scene, Arian \"TheCrimsonBlur\" Fathieh jokingly suggest that smash player join Brawhalla events to attempt to use the learning to keep the Melee scene alive, which has been under pressure since last year due to global shutdowns and Nintendo's pressure as of recent.

A more general sentiment across the Smash scene is one of brooding anger towards Nintendo's lackluster attempts to support the franchise competitive scene, which at times turns the other way into hostile attacks on tournament organizers to shut down their events under pretenses that the community believes to be unfair and not actually real.

The most support many have seen out of Nintendo, an international videogame publisher and developer, has been a few Nintendo coins and exclusive controller paints on occasion. This becomes more infuriating when seeing what is a comparatively less prestigious game in Brawlhalla get a prize pool that in one year would be 1/6 that of Super Smash Bros across its over two decades of history.

For more news on Fighting games, you can follow us on Facebook and Twitter or join our special Discord server to meet other players from the fighting games community. Tell us your opinion about this on our Forum!