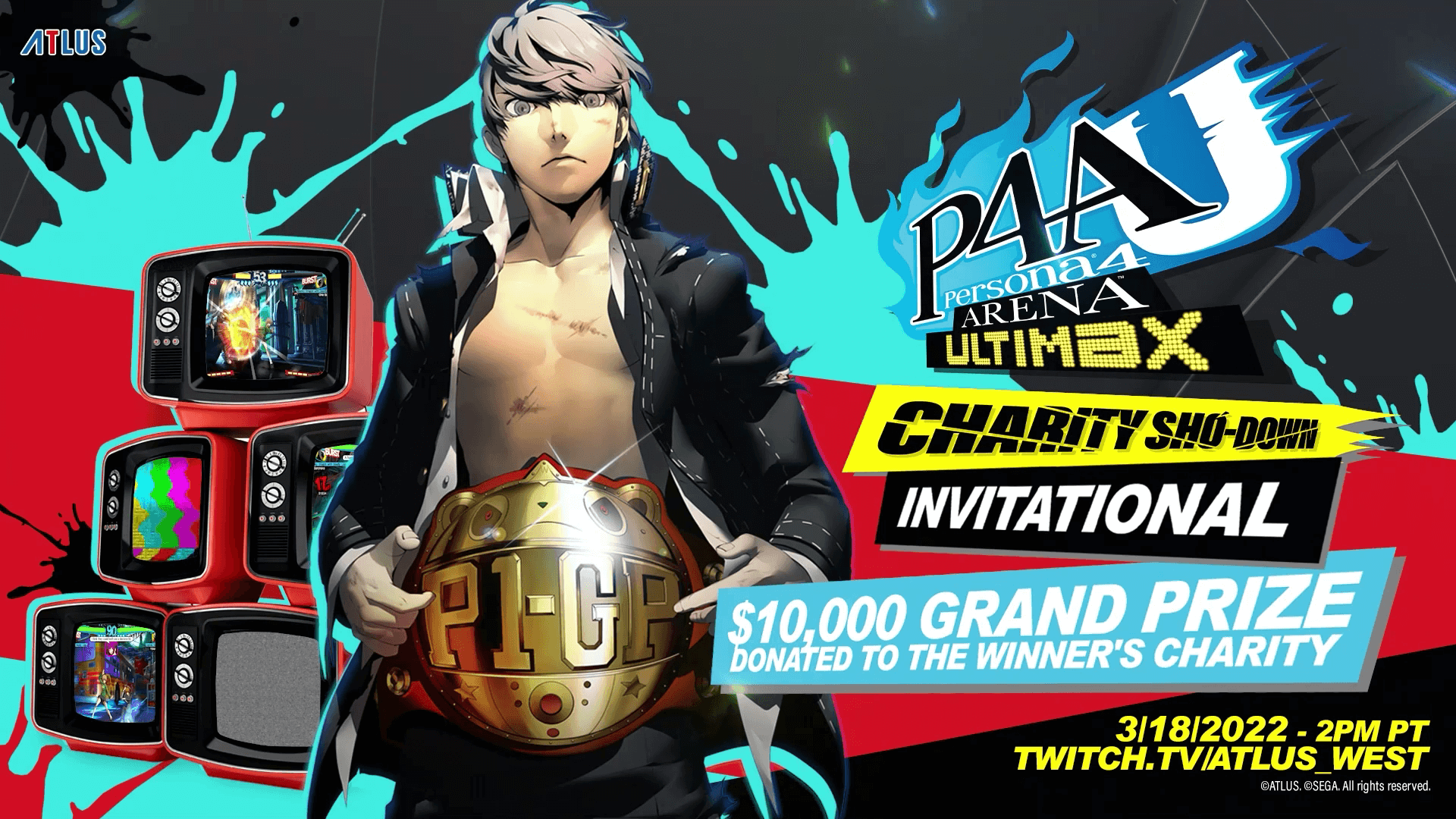 Pic Source: atlus.com
#News
Some prominent players will fight for the prize money to then direct it to charity.

It seems like Atlus treats the port of their Personal 4 Arena Ultimax super decently, with a proper, full-scale approach. Recently, they posted pretty reasonable video guidelines — to motivate content creators to highlight the game on their YouTube and Twitch channels. And now, the company revealed this upcoming fighting esports event. It’s a charity tournament with a few invited players.

So, what’s about that charity? What makes this event stand out from the crowd?

Persona 4 Arena Ultimax Charity Sho-down offers $20,000+ of the total prize pool. This money will not be directed to the players. The participants will donate their prizes to a charity organization.

Eight fighting esports professionals are invited to the tournament. The winner will be determined by double-elimination brackets.

Please, check out the official blog post for the links to these charity organizations.

It’s a good tradition to organize esports tournaments right after a fighting game release — to support the attention from the community at this early stage and to encourage the development of the competitive scene.

The current release of Persona 4 Arena Ultimax is an improved port of this game for PC, PlayStation 4, and Nintendo Switch. Like some other popular fighting games connected to Arc System Works, Persona4AU gets the rollback netcode technology — in the summer of 2022.