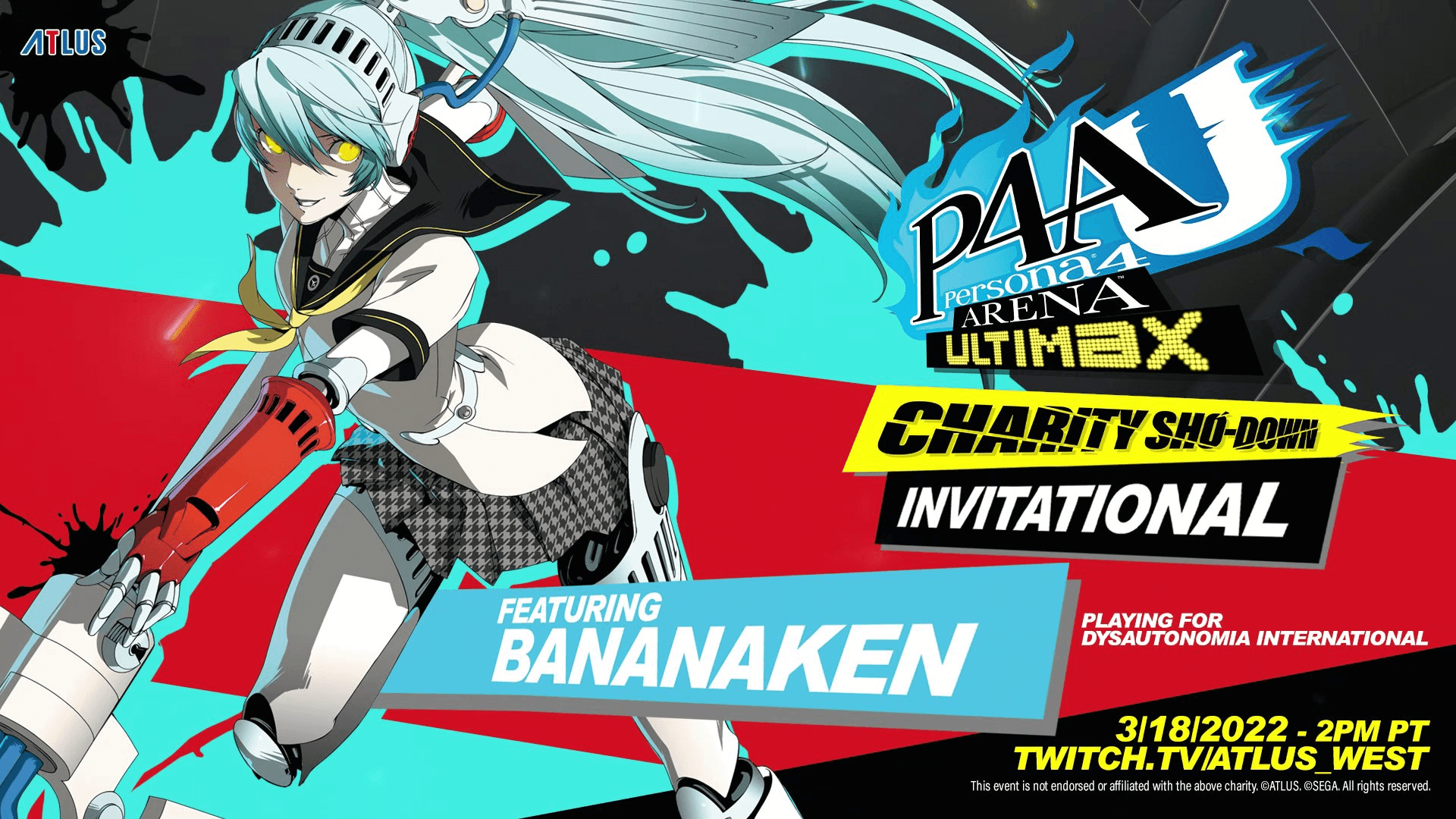 #News
The game is not new, strictly speaking. That’s why those fighting esports professionals can demonstrate breathtaking miracles.

Persona 4 Arena Ultimax has a very good re-start. The community actively shares the excitement of returning to these matches on modern gaming devices. And many fans of the Persona series have much fewer obstacles to dive into this amazing spin-off.

Persona 4AU was re-released for PS4, PC, and Switch on March 17. And already on March 18, it had its first big tournament — Charity Sho-down Invitational. The purpose of this event is mostly to prove the competitive level of the title and its relevance for the gaming audience.

Are you ready to get amazed by those pro matches?

It was a double-elimination tourney with eight invited players. All parts of the prize pool are directed to various charity organizations.

That’s how the round one looked — so you can see all the participants in their brackets.

Bananaken won his first game against Jana (3:0) and did not stop there. His Winners Semi-Final against Grover was much tougher, though. It was a close fight, but Bananken still won 3:2.

The Winners Final was between Bananaken and Doonpa. After losing 1:3, Doonpa fell into the losers brackets, where he managed to defeat Tectal 3:2.

In the Grand Final, Bananaken and Doonpa played again. The match started with the significant dominance of Bananaken, who pretty easily won the first round. But then, Doonpa changed the character, and his Minazuki looked much better against Shadow Labrys. Bananaken even lost one round, but then he returned to his dominating style and got a victory in two final rounds and the whole tournament. Congratulations!

The tournament was really great — and motivating, so it’s probably time to start practicing in Persona 4 Arena Ultimax. We hope the game will get enough attention from the wide competitive FGC.