One of the Earliest Tier Lists for Multiversus — by Hungrybox 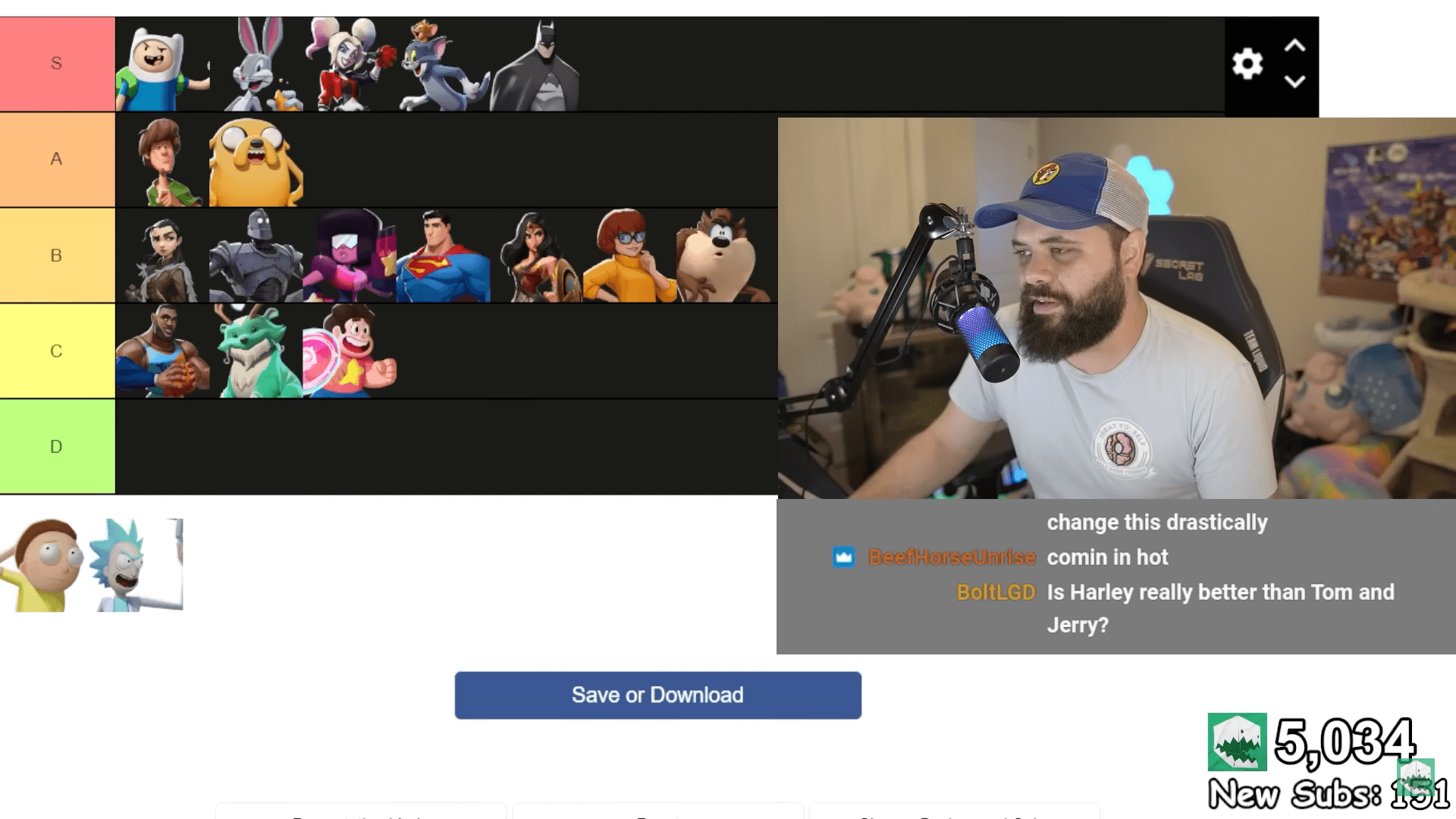 The fighting games community has strong expectations from Multiversus, and the game totally meets them. Right after the start of its Open Beta, Multiversus demonstrates amazing fighting games records. This level of popularity and the powerful support of the esports dimension attract top-level pro players, who enjoy the game and dig really deep into its mechanics.

Quite naturally, guys from other platform fighters are the most active in Multiversus. For instance, Hungrybox has already created his tier list for this game.

It is obviously too early to be too serious in dividing the characters into power tiers, and still, it’s a pretty educational activity — especially from such an experienced person. This Multiversus Tier List might help you decide what character to unlock next and where to direct your primary practice.

So, let’s enjoy Hungrybox’s video with some reasoning behind the tier list.

The final result is reflected in this image:

What do you think? Is Hungrybox right?

Sure, we’ll see changes for the official release of Multiversus. And new characters will shake everything quite a bit. But who knows, the current situation with tiers might remain the same for some time.

Do you pay attention to tier lists in fighting games? Here is an article on DashFight that discusses this topic in detail — Do Tier Lists Matter?