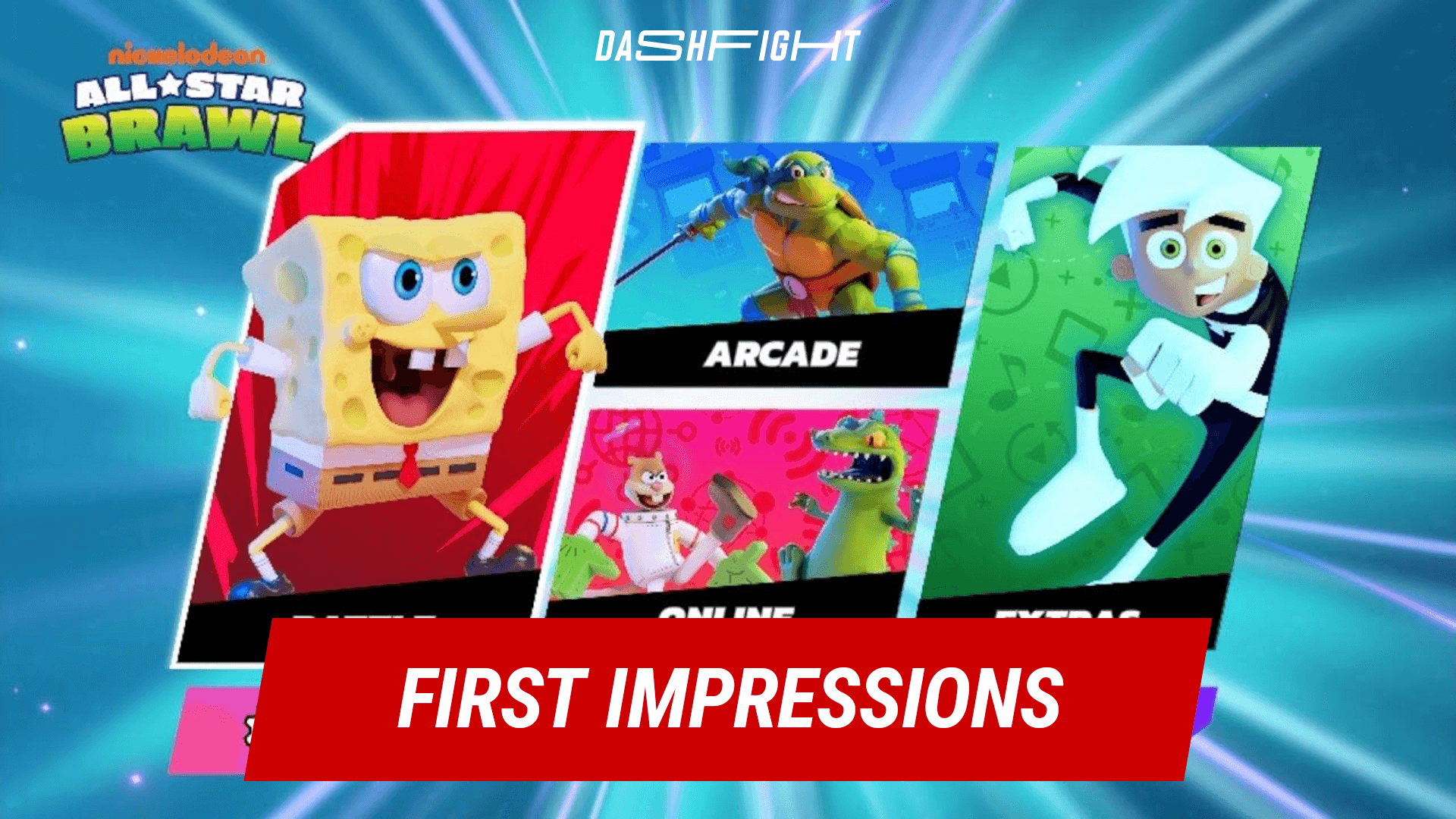 Is it actually fun to have Spongebob in a Smash-like fighting game?

The wait is over, and we finally can start fighting as many heroes of Nickelodeon cartoons. It’s obviously too early to form an opinion on in-depth aspects of this new game as an esports title or just a fresh entry to the genre. But it’s totally a perfect moment to share my thoughts and impressions of spending a few hours playing Nickelodeon All-Star Brawl.

I love offline modes of fighting games. They give me a chance to mess with different characters while discovering their backgrounds and getting used to their moves. In NASB, I definitely don’t need explanations of who those heroes are. They are Stars, after all. Still, that doesn’t mean I did not want some kind of a story or a fun adventure. The game doesn’t have one.

It’s a straightforward fighting experience — you grab a character, and you jump into the matches. The Arcade mode is classic for the genre (with a clear resemblance to the Classic mode in Smash). Your fighter faces a series of opponents with the possibility of choosing some of them on the way. You complete this short journey and get rewards, pics for your Gallery.

The Arcade mode in Nickelodeon All-Star Brawl is ok. It has a “Very Easy” level of difficulty to mash buttons — a nice feature for beginners and small kids. And it has a “Very Hard” one for experienced players to have a challenge. It’s a great place to learn the basics, but I don’t see myself visiting this place often.

The main focus of offline fights is couch multiplayer matches, named “Battle” in the game menu. Here, you can choose “Stock” or "Timed” battles. Or enjoy a very unusual “Sports” section, where fights are mixed with a ball game — soccer-like, but different balls change the rules and give new feelings.

The Training mode is pretty decent, but still, it lacks advanced options (such as those in Dragon Ball FighterZ, for example). The possibility to watch the movements/attacks frame by frame is pretty unusual.

First, the lack of a story/adventure disappointed me a bit. But for a fighting game, it’s not that bad. Single-player options of Nickelodeon All-Star Brawl seem to be rather limited. Couch multiplayer matches are the main thing to experience offline. And you know, that might be enough — those matches will be fun thanks to the most important basis for such a game, the actual gameplay.

Fun, Versatile, With a Hope of Depth. Gameplay of Nickelodeon All-Star Brawl

The game feels so good! It’s like having pure fun.

Stages in Nickelodeon All-Star Brawl are bright and colorful — as you would expect from a cartoon-based game. The characters differ from each other quite significantly, providing players with various fighting styles.

It’s such a joy to explore the fighters’ abilities directly in fights without trying to analyze their movesets. Eventually, I’ll take this essential step to start playing NASB better, but probably only after getting the max of this casual/beginner level.

The game is great to jump in and have fun. Arcade fights give the basic experience to understand what your character is capable of. And then, you can join online and boost the joy to the next level.

Nickelodeon All-Star Brawl looks and feels a lot like Smash Ultimate. I played it on the Switch, and it was weird to have different controls. It took just a little time to adjust my habits and properly know how the game works.

The characters are not too simple by any means. Even after a few matches, I started noticing possibilities for further development. Special moves open very interesting opportunities and make the characters even more unique. Strong attacks have the rock-paper-scissors mechanic (only time will prove how balanced they are). You can throw opponents, block attacks, activate air-dash, reflect projectiles, etc. — the gameplay is filled with techniques, and it doesn’t feel too complicated to learn them.

How far can this fun go? A few Nickelodeon All-Star Brawl esports events have been announced already, so we can relax and enjoy professionals digging really deep into the game.

It’s a place where Nickelodeon All-Star Brawl players will spend most of their time. Naturally, it’s very interesting to know how the online experience feels like in this game.

I had a few matches, and all of them were all right. There were no lags even on Wi-Fi.

I got opponents quickly, and my general impressions are very positive (I can’t wait to start multiplayer fights again to prove those losses are just an accident and only those wins represent my excellent style).

I expect to see many people in this online dimension, and hopefully, the network aspect of the game will keep the quality level for everyone.

The developers did a very good job with this game. It obviously was inspired by Smash, but the characters make it very special. And also, let’s not forget — in addition to the Nintendo Switch, Nickelodeon All-Star Brawl is available on PC, PlayStation, and Xbox. That significantly expands the audience.

For other game details, please, check out our post NASB: All We Know So Far.

We at DashFight will keep you informed on things around Nickelodeon All-Star Brawl (and other fighting games, of course). Follow us on Facebook and Twitter to not miss anything interesting!