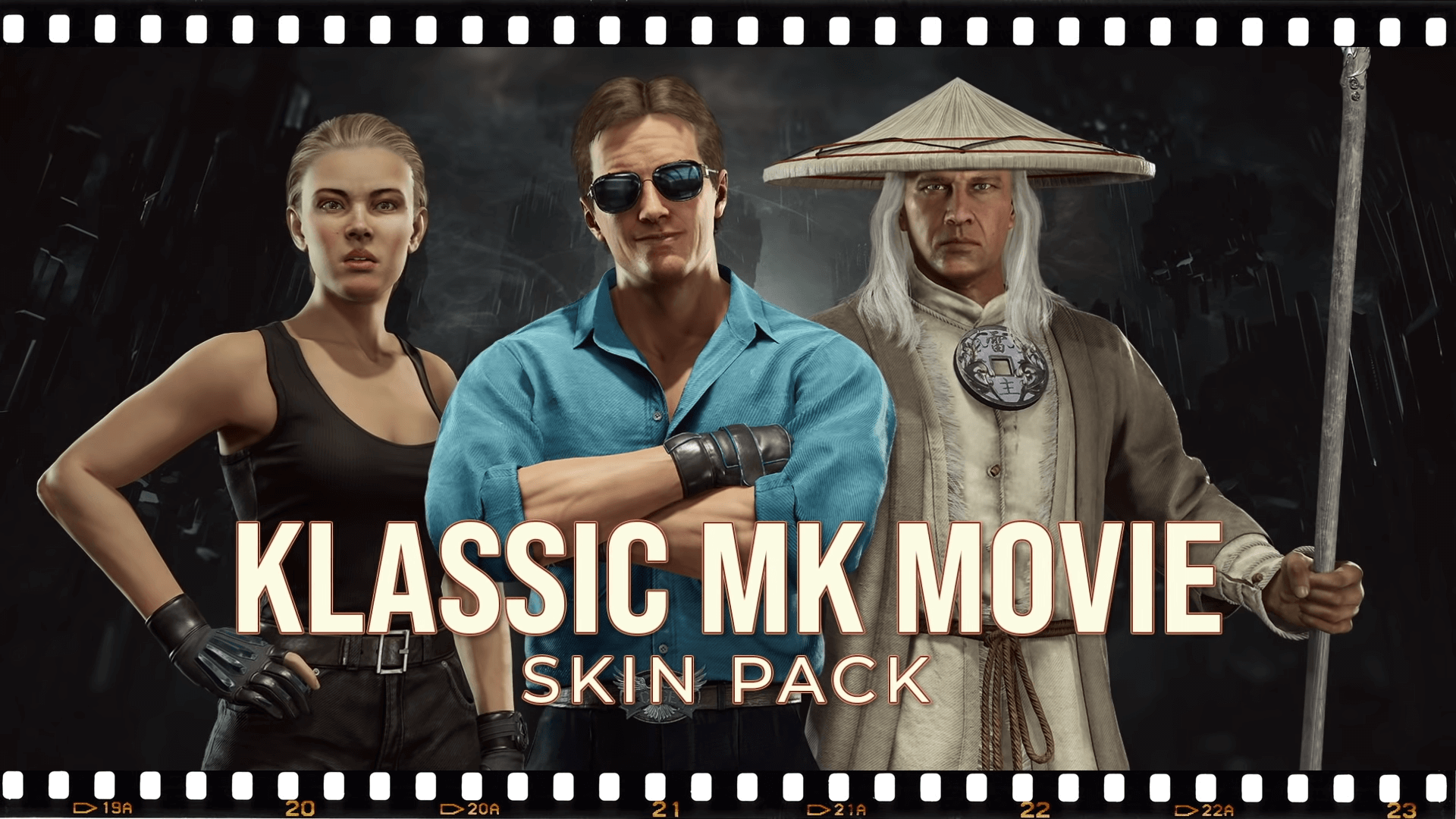 Images courtesy of NetherRealm Studios
#News
Not just the skins, but voice actors and their likeness as well!

A new set of skins has been released for Mortal Kombat 11. This time the stars of the show are Johnny Cage, Sonya Blade, and Raiden. Their likeness to the original Mortal Kombat film released over twenty-five years ago in 1995, what a time. The three skins will cost fans of the cult klassic $5.99 and it's available right now. Here is the trailer:

Interestingly enough, a few days before NetherRealm Studios tweeted a teaser for the skin pack. Renown data miner for the game, TheThiny, had already gotten into the brushes of the latest update to the game and had found interesting new audio files sporting the voices of the original Mortal Kombat Movie cast, which pretty decisively confirmed that something was afoot.

With the news that the reboot of the movie being delay for a while. The pack might work as a small consolation price while the world still adjusts to the new circumstances of the pandemic. Perhaps this pack was meant to be released at the same time as a trailer for the reboot, but we won't know for sure.