More than just Street Fighter: Over 40 years of Capcom history 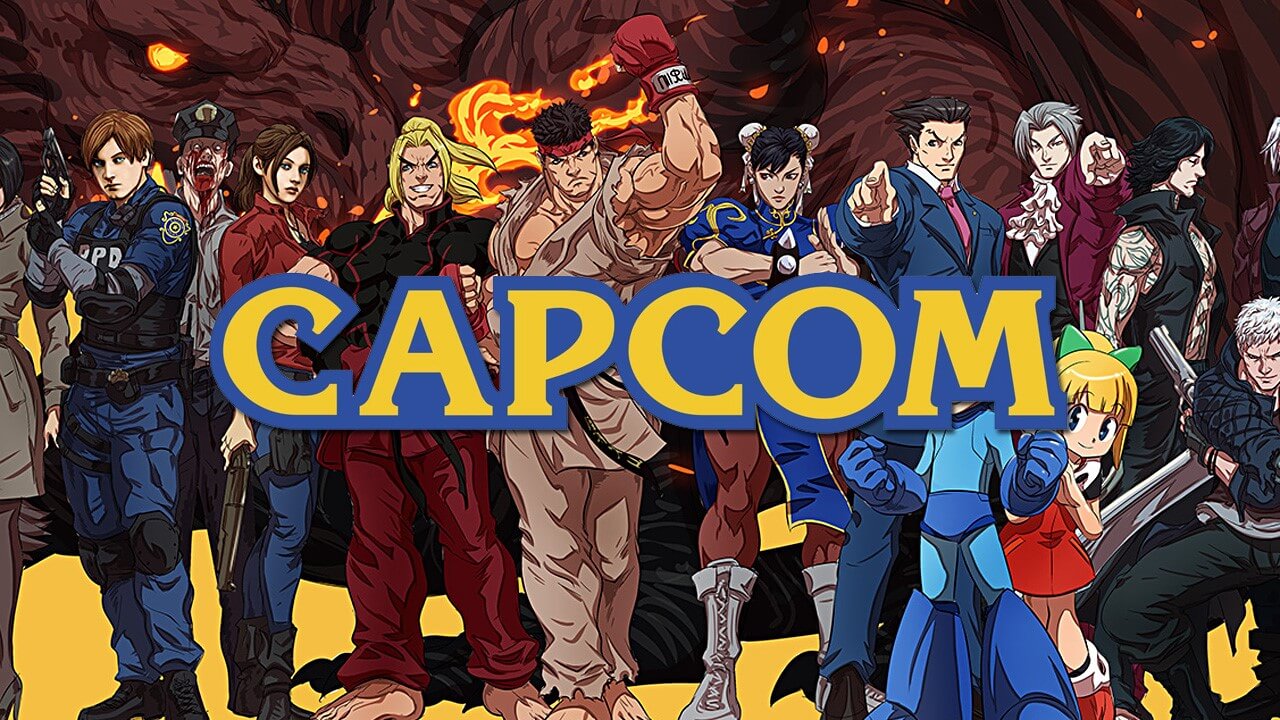 Capcom are legends within the FGC and to celebrate 40 years of excellence, we look at some of their high points

Japanese video game publisher and developer Capcom celebrated 43 years as one of the most prosperous organizations in the sector in May 2022. Since its founding in 1979, Capcom has created some of the greatest video game franchises ever, including the multi-million-selling Devil May Cry, Monster Hunter, and Mega Man series.

However, the company is primarily recognized for creating Street Fighter and Resident Evil, two of the biggest brands in popular culture. Both series have produced a number of games, movie adaptations, comic books, graphic novels, and other licensed merchandise.

What was once a tiny Japanese business has now grown into a global conglomerate with affiliates across Asia, Europe, and North America.

As I.R.M. Corporation, the company was established on May 30th, 1979 by Kenzo Tsujimoto, who was also the president of Irem Corporation, a different Japanese video game developer and publisher.

In 1981, the business changed its name to Sanbi Co. and became a manufacturer and distributor of electronic gaming devices. In the early 1980s, it was ultimately established as Capcom Co., Ltd. following a few internal mergers and several name changes.

Vulgus, a vertical shooter designed for the Japanese market, was the first arcade video game launched by Capcom in 1984. The business, which sought more international markets, got its first success with 1942, another vertical shooter. Commando and Ghosts 'n Goblins, however, were the 1985 releases that truly propelled Capcom to mainstream success.

Capcom began concentrating on the home console industry in 1985 with the release of 1942 for the Nintendo Entertainment System, which would later become their major market. But for the Japanese firm, 1987 would mark a radical shift in its history.

A fight for the ages

Takashi Nishiyama, a Japanese designer, director, and producer, came up with the concept for a fighting game based on the boss battles of Irem's 1984 beat 'em up game Kung-Fu Master, an instant hit both in Asia and North America that he had been a part of the production. Nishiyama began designing this game in late 1986, inspired by Bruce Lee flicks Enter the Dragon and Game of Death.

The game was ultimately finished in 1987, and Capcom launched its first competitive fighting game, Street Fighter. The game, which included numerous playable characters in one-on-one combat, debuted several elements that would become industry standards for fighting games, including six-button controls and the usage of command-based special techniques.

A complete series of fighting video games were created as a result of the economic and critical success of Street Fighter. The first sequel, Street Fighter II, was published in 1991 and quickly became a cultural phenomenon all over the world.

Within a few years after its release, Street Fighter went on to become one of the most successful video game franchises of all time, as well as the most successful media property based on a fighting video game. In addition to various sequels and spin-offs, the series inspired several animated shows and movies, live-action films, manga and comic books, toys, and even spawned a slot game produced by NetEnt, one of the leading studios in online gaming.

So influential was Street Fighter that it is widely regarded as the game that birthed the Fighting Game Community or as it is better known, the ‘FGC.’ This owes a lot to veterans of the scene like Daigo Umehara and Alex Valle, two of the leading protagonists of the fighting game scene and the first true rivals who led the way to the status that Japan and the USA hold in the annals of Street Fighter.

Street Fighter was also a significant factor for the FGC’s biggest esports tournament, Evo or Evolution Championship Series. This event was formerly known as the Battle by the Bay and was instituted by Tom and Tony Canon with the help of industry veteran, Seth Killian. Its first iteration was held at Golfland arcade hall in Sunnyvale, California in 1996 and featured two Street Fighter games: Street Fighter II Turbo, and Street Fighter Alpha 2.

Zombies and a new ground-breaking title

Capcom producer and director Tokuro Fujiwara asked his pupil Shinji Mikami to develop a remake of his 1989 survival horror game, Sweet Home. The house location, the riddles, the inventory management, and the emphasis on survival were all gameplay aspects Mikami adopted when he started development on the game. Resident Evil was launched by Capcom in 1996 following three years of development and several redesigns.

With ground-breaking gameplay, exquisite graphics, and compelling atmosphere, Resident Evil paved the way for a whole new video game genre, while receiving both critical and commercial acclaim. The game has spawned a multimedia empire that includes several sequels, films, comic books, novels, and a variety of other products, making it one of the best and most influential video games of all time. With over 110 million copies sold globally as of 2021, the series is Capcom's best-selling franchise and the best-selling horror video game series ever.

A brief look into the company

Resident Evil and Street Fighter aren't Capcom's only successes though. Mega Man, for instance, also known as Rockman in Japan, was a 1987 action-platform video game for the Nintendo Entertainment System that featured robot characters and launched a series of more than 50 titles for various platforms, garnering over 36 million sales worldwide.

In its early years, Tokuro Fujiwara, Takashi Nishiyama, and Yoshiki Okamoto were in charge of three "Planning Rooms," or development teams, at Capcom's Japan division. Later, internal game development was handled by a variety of "Production Studios" that were each responsible for a certain game.

Beginning in 2002, changes were made to the development process to improve the sharing of technologies and knowledge, and smaller studios were progressively expanded into larger departments with a variety of responsibilities.

There are three internal Consumer Games Development departments at Capcom presently. Resident Evil, Mega Man, Devil May Cry, Dead Rising, and other well-known properties are produced by Division 1, which is led by Jun Takeuchi and often caters to a global audience. Division 2 is in charge of Asian-targeted properties such Monster Hunter, Ace Attorney, Onimusha, and Sengoku Basara and is led by Ryozo Tsujimoto, who is also in charge of the Mobile Online Development Division. Finally, Division 3 manages online-focused properties including Street Fighter, Marvel vs. Capcom, Lost Planet, Dragon's Dogma, and others.